However, I love Street Fighter – more than most. It’s my fondness for the franchise – the brilliant game, the gorgeous character design, the catchy music, even the wacky, wandering storyline – that makes it painful to be so… mediocre at it. 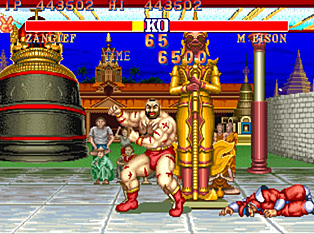 An old friend of mine shares this condition. We both grew up during the active video arcade era: old enough to remember their high point and watch their gradual decline as improving home consoles sucked away the arcades’ vitality and undermined their reason to be. We remember when Street Fighter II was a new thing: fresh, exciting, utterly engrossing. Like many others, we got hooked. But playing hours of Street Fighter in the arcades somehow failed to improve our skills very much. Yeah, we could do the special moves, maybe some basic combos – yet we still couldn’t compete with the hardcore players. We dropped a lot of quarters into those machines; but maybe not enough. We didn’t always lose – but amidst strangers, a challenger typically meant our turn on the game was over.

For a time, I held down a job at a video arcade on the University of Alberta campus. I saw high-level play firsthand, often wondering how somebody got there. Was it a knack, something you either had or didn’t? Then I saw videos of professional tournament play on the Internet. High level in my home town suddenly became much less impressive. This was not entirely discouraging; how to reach that level of proficiency was the question. Opportunity to practice was very limited – even as arcade staff, the amount of play I could sneak in after hours was minimal. Ports of Street Fighter titles had appeared on home consoles, but they couldn’t compare to the real thing: an actual arcade game, with an actual arcade stick, as it was meant to be.

Eventually, Street Fighter III and its upgrades came and went; barely a blip on my radar as the arcades around me withered and vanished into memory. During that time, home consoles grew more and more powerful – soon, powerful enough to allow arcade-perfect ports. But by this point, I had almost lost interest. It had been quite a long time since a new Street Fighter, and arcades were long gone in my city. But after this lengthy quiet period, a new challenger appeared: Street Fighter IV. And with it came the Tournament Edition FightStick – at last, we were there. A stick built to arcade specs. The arcade feel had finally come to the home console.

Previous Street Fighter ports kept my lack of skill to myself – I could play in my own private corner, nobody to bother me or see me lose to the CPU if I notched the difficulty up too high. But in Street Fighter IV, online challengers from all over the world were ready and available, if I dared confront them. I dared – and I quickly discovered that almost all of them were better at this game than me. The reality check had come, packed-in with the disc and the stick at no extra charge. 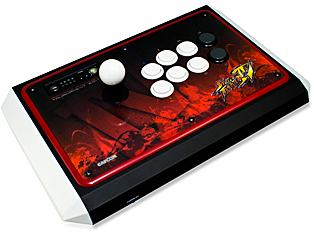 Once my friend (now living on the other side of the country) caught up on his side with the software and equipment, he noticed much the same. For being fans of Street Fighter for over twenty years, we had such little skill to show for it. So, we had a choice: accept that we sucked and move on, or get better.

We chose to try and get better.

Upgrading to the latest version of the game, we agreed to meet online and play at least once weekly. We limited our character selections to specific few, to narrow our focus. We tracked our statistics to chart progress. And as much as possible, we aimed to be online in the Ranked Matches against other opponents. Thus, we tried: and soon found ourselves crashing into a wall of seasoned Super Street Fighter IV: Arcade Edition players, years deep into this fighting system and virtually merciless against noobs like us. We fought on, and we won a few – but we mostly lost. A lot.

The intellect easily accepts that losing this way is a necessary step in our training progression; we must learn from our losses to improve. The fragile ego of a 30-something man craving the thrill of his flashing electronic youth – grasping to touch the lost aura of the halcyon arcade age – doesn’t accept regular defeat so gracefully. It hurts. And in choosing our favorite characters, making them our avatars, their fights become ours. If I lose a fight as Chun-Li, I deny her the chance to avenge her father. If my friend loses as E. Honda, he brings shame to the proud tradition of sumo.

But through some kind of masochistic streak, the craving only intensifies: the desire to get better, the desire to win. One starts to identify with Ryu’s philosophy: the fight is everything, every fight only a step forward on an endless journey. It only takes a little time with fighting games to see the parallel structure with martial arts; not only the loose basis in theme and style, but the fact that to improve your game, you have to practice. Often, and with vigor.

And when one does finally earn a hard-fought win, the feeling of satisfaction is unlike that offered by any other game genre – especially if it’s a close win. But that feeling is all you get – a fleeting reward for your efforts. Fighting games offer little consolation for your pains.

It soon becomes apparent that to play at a higher-than-average level, Street Fighter becomes a hobby itself. The vast variety of combos, the quirks and intricacies of the fighting engine, input techniques, joystick handling – it’s very easy for it to eclipse other games entirely, and that’s exactly what happened to me. I soon found I had no time for other games – or, if I squeezed them in, my practice time with Street Fighter suffered enough to reflect poorly on my performance. 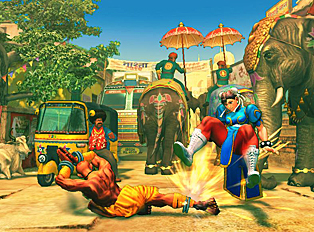 Before long, it ceased to be recreation and became training. I would ensure I made time for it, and I practiced techniques over and over before going online. I would tidy the living room to remove distractions. I would even stretch and limber up a bit before sitting down to the joystick so that I was loose and relaxed – for as long as that could last under the stress of competition.

My friend and I are ideal sparring partners: against each other, we’re evenly matched and remain so even as we improve. And there’s a comfort in knowing that in our little corner of the game, there’s always a sporting chance for either of us. But the urge to prove ourselves, show the world that we’re real players, keeps us going back online for punishment.

And so it goes: sometimes we win, often we lose, but we keep on fighting – pouring our time and blood and spirit into what often feels like a hopeless pursuit, refusing to give up and accept that final defeat. And as we log off, we wonder about the losses: what we did wrong, how to turn it around – because that’s what losers do. Winners don’t dwell on the fight, they don’t have to. They won.

Behind the Scenes at Barcade, Jersey City

The Arcade, and What We Stand to Lose Along With It
Previous Post