I am a monster.

As Stu has mentioned in the past, we have a board game club going, and a favorite amongst our group is Panic Station. Basically a cross between The Thing and Alien, Panic Station begins as four to six explorers enter a station besieged by a parasitic alien hive. It’s a search and destroy mission where the fate of humanity hangs in the balance. Each player has one human and one android token that he or she can move around the board. The explorers and androids need to find the Hive and burn it with a flamethrower. Pretty straightforward, right? There’s only one catch: one of the explorers is an alien host who must preserve the Hive by infecting or killing the rest of the team.

Panic Station is a card-based game. It has a modular board where players pull a card and reveal the map as the game goes on. Players also draw item cards such as bullets, keycards, med packs and gas cans by searching those rooms. During the initial draw, or while searching the room, one of the players will draw the host card and become the alien agent amongst the team. 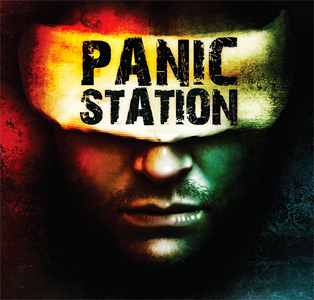 In the game right before Geek Flea V, I dodged infection and wound up getting to the Hive. Humans need three gas cans in order to burn the Hive and I had three. The only problem was, Chuck was infected and he was waiting for me in the Hive. He played it smart, real smart – he forced a trade. If one wants to avoid infection, they need to pass a gas can to the infected player. Now I only had two gas cans. On my next turn, I got reckless, 1980s action hero reckless, and searched a previous room. The search spawned a parasite, but it was a risk I was willing to take. I got lucky and found a gas can! So I said, “Burn!” and lit the room up! I was a hero. I was R.J. MacReady. I’d saved humanity!

Before our most recent game, I thought about what I’d done right the last time and what I’d done wrong. Ken and I talked over strategy and, if you’re playing with a group that’s played the game a few times, it’s pretty safe to trade in the beginning, as the Host doesn’t want to be found out too early. A smart Host takes his time before he starts infecting his friends. He may swap a med pack or a knife or maybe even a coveted gas can just to seem trustworthy. It all depends on what the player gets in that initial deal. So I sat down, cracked open a Guinness and Stu began dealing the cards. I looked at the first card dealt…

This was the first time I was the Host. All that planning I’d made to save the world disappeared with the toss of a few cards. Tonight, it was my destiny to turn or kill my friends. I was at a disadvantage. I panicked a bit; how could I play the bad guy right from the beginning? What could I do to hide my true nature from the rest of the team? I was outnumbered and definitely outgunned, as I didn’t get any bullets in the opening trade. Heck, I didn’t even get a gas can! All I had was a bulletproof vest and a flashlight. Then, Ed announced to the group that he was clean and had gas cans. Shawn and Dave did the same. Special Guest Star Sam Machkovech did the same. Then it was clear to me. I wasn’t the bad guy, I was the underdog given a shit deal. I had to make the best of it if I was going to win.

“I have a vest,” I said. “No gas cans, though,” and I looked around the room with apprehensive eyes.

The game’s mechanic is based around a balance of trust and suspicion. I knew I was the Host from the get-go, so I knew no one else was infected, but they didn’t know that. I decided to aim for smart Host and not nefarious villain. I could trade with impunity, giving away items like the flashlight or bulletproof vest, hoping my friends would pass me gas cans. I even traded the gas can Ed gave me with Shawn so I could garner trust. I’d get it back soon enough. Remember, the more gas cans I controlled, the less there were for the hairless apes to burn my precious Hive with.

I watched. Someone ran a heat scan to see if anyone was infected. We all placed our cards face down on the heat scanner – red for infected, blue for human. Stu, the impartial rule lawyer, shuffled and revealed the results. We’d all searched rooms at this point, so we were all suspects. There was only one person infected: the Host.

“Someone’s playing this real smart,” Shawn said. I tried not to smile. All I could muster was, “Damn.”

Any trust any of us had garnered was gone. We continued. Ken cautiously searched a room, making sure not to get too close to any of us. He’d make a good ally, but I was pretty sure he had a few gas cans. We didn’t have to trade. On my turn, I moved around, making sure not to trade with anyone. It went to Ed, who traded with someone. Then to Sam who did the same. One of them traded with Dave. Then it was Dave’s turn. Dave, who I was fairly certain didn’t have any gas cans and who I was pretty sure trusted me. He set himself up to do a heat scan, but I was in the room so he had to trade with me. I passed him a blood card. He passed me a med pack. All of a sudden, Dave didn’t want to do the heat scan anymore. Welcome to the Hive, Dave.

“Why don’t you do the heat scan?” asked Shawn. 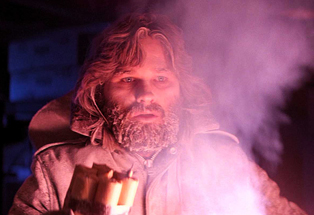 Dave was cornered. I miscalculated. I should have waited for my turn to infect him. Dave ran the heat scan under duress. There were two infections. Everyone looked to Dave and me.

“I passed him a gas can,” I said. “I have one left now.” I showed the group one of the cans I got in an earlier search. They were still suspicious, but I sowed the seed of doubt into their certainty. After all, others had traded before Dave and I. Heck, Dave had traded with someone besides me between heat scans. Well, that’s what I said, at least, and people seemed to buy it.

The game went on. I played like I was human, still trading carefully, rebuilding trust and making snide comments about Dave as time went on. There was another heat scan and there were still only two infections. At one point, while Shawn and Ed grilled him, Dave lamented, “Ian infected me, OK?!” They looked at me.

“Sounds like something the Host would say,” I said. Ken nodded and Stu agreed. The game continued.

After two or three rounds, Dave infected Shawn and I suspected Ed was out of gas cans. I initiated a trade and passed him a blood card. He passed me a gas can.

The next few turns ended with Ed trapping my android behind a door and Ken killing my human.

“Well, I can’t burn the Hive now,” I muttered. I must have sold it because Ken said, “I couldn’t take any chances.” Good, I had Ken’s trust now and I had Dave and Shawn working on my side. The odds were a bit more even.

I shook my head. I called out to Dave and Shawn and they ignored me. I’d made a mistake and no one seemed to notice. I flat out revealed my treachery, but they were all too focused on Dave and Shawn’s movements. They ignored me, so that lent credence to my previous false proclamations of cleanliness.

I kept playing the underdog, flipping the script to move suspicion onto Dave. In the meantime, Ed ran out of gas cans and Shawn infected Ed. Then Ken opened the doors and my android escaped. I made a beeline for the Hive and I came across Sam.

“I’m an android now, they can’t burn the Hive. I could use bullets or a med pack or something like that, though.”

Sam pulled a card and nudged it toward me. It was a keycard. I passed him my last blood card.

“You motherfucker!” Sam yelled. “That was your last infect, wasn’t it?”

He put it all together, and now he was one of us. Ken was the only human left. So, Ken made his run for the Hive. 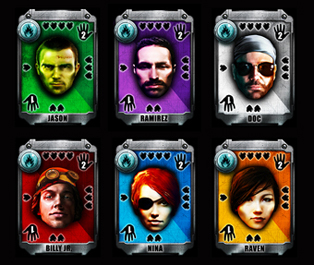 At this point, I knew he either had no gas cans or three gas cans. Ed, Sam, Shawn and I stood in his way to the Hive. I indulged my simmering evil and passed him a gas can. I toyed with him. He was relieved.

Next up, he encountered Ed, who forced a trade. Ken passed Ed a can. Then Sam came in and forced another trade.

Ken was one of us. The Hive won. We rejoiced.

OK, that was long. A game of Panic Station really brings out the most conniving and mistrusting aspects of one’s personality. There are at least two places where I blew my cover royally and yet, I was able to trick my way into victory. Granted, we’d eaten a lot of pizza and drank a few beers, but the fact that I was a duplicitous bastard doesn’t sit right with me. It sat well enough with the rest of the group, though. It was a tense game. We got to play John Carpenter’s The Thing for an evening, only this time the Blair Monster won.

It makes me wonder how the next game will play out. How will the next Host run his long game? As trust erodes in the group, does that mean there will be more lone wolves roaming the station with less team play? Perhaps I’m overthinking it all. It’s just a game, after all – a game where you have to shoot an ally just to be sure.

Check out Ian on Twitter @IanGonzales. You can trust him now. He hasn’t tried to infect any of us here at Unwinnable HQ.
Obey.