My first memory of Star Trek’s Pavel Chekov was seeing him scream.

My mother was (and still is) a big Star Trek fan. Our family watched Star Trek on WPIX every afternoon, so I saw every episode of the series multiple times over the course of a decade. But the first real impression I had of Trek was when a slimy, brainwashing slug crawled into Chekov’s ear in Star Trek II: The Wrath of Khan. It was pretty intense. While Khan wasn’t my first exposure to Star Trek, Khan and the subsequent film, Star Trek III: The Search for Spock, colored how I viewed the series. For instance, while most Trek fans would get psyched on Kirk or Spock, I found myself gravitating towards the supporting cast members like Sulu, Uhura, Scotty and poor, poor Chekov, because they were so prevalent in both of those films. 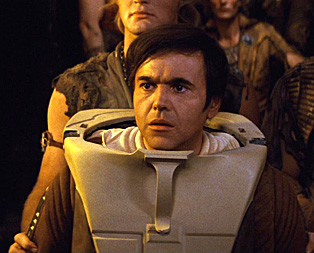 During the 1980s, there were a lot of movies and TV shows that portrayed the Soviet Union as an enemy or a foil for America. In G.I. Joe, the Joe team would match wits with their dimwitted but mostly noble Soviet counterparts, the Oktober Guard. In Red Dawn, the Communists came from Cuba and Russia to overtake the American west, turning it into a prison camp. Then there was Star Trek IV: The Voyage Home, where Chekov gets mistaken for a Soviet spy in 1980s San Francisco. OK, so maybe Chekov wasn’t a villain, but director Leonard Nimoy got to poke some fun at the ’80s movie trope of the Russian spy. There’s even a point in the film where an FBI agent calls Chekov a retard.

Chekov was added to the cast of Star Trek in the second season. Trek creator Gene Roddenberry wanted to add a younger character to the series – someone with that Davy Jones quality. The network agreed. So Roddenberry, ever the progressive, opted to add a character that flew in the face of hawkish politicians – a Russian! Ensign Pavel Chekov began as the Enterprise’s mop-headed and naïve navigator. And yeah, he looked a lot like Davy Jones. He admired Captain Kirk and seemed to get along well with Spock, Uhura and the rest of the cast. Keep in mind, this was five years after the Cuban missile crisis. In Cold War America, putting a Russian on the bridge of the Enterprise was as shocking to some as having Uhura and Sulu on equal footing with Scotty and Bones.

Chekov was proud of his Russian heritage, so much so that he often erroneously attributed various human cultural achievements to his motherland. But even that showcased something Star Trek did so well – its portrayal of flawed characters. Star Trek is supposed to take place in a future where humanity made a cultural leap and learned to celebrate its differences. Sure, Bones was cranky, Kirk was a womanizer and Scotty was a drunk, but the characters moved past their differences and worked together for a better tomorrow. 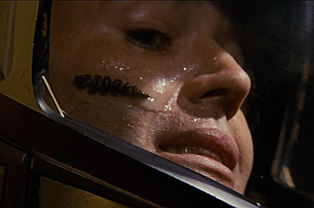 As the original series progressed, Chekov took on more and more responsibility. While he started as the Enterprise’s navigator, he took on the responsibility of covering Spock’s science station whenever Spock was in command or incapacitated. He was very active on away missions, too, finding the key to defeating Apollo in the TOS episode, “Who Mourns for Adonais?” When Star Trek graduated to the silver screen, Chekov got a promotion and wound up being the Enterprise’s tactical officer/security chief. In Khan, he’d moved further in his career, serving as first officer of the USS Reliant. And in the third movie, he was integral to the best scene in the entire franchise – the theft of the Enterprise. Chekov was one of the most versatile characters in Star Trek lore.

Chekov looked up to Captain James T. Kirk like no one else on the ship. As the show progressed, he began to take on more and more of Kirk’s traits. Chekov was passionate in his beliefs, sometimes to a fault. He was very hot-headed in the classic, “The Trouble With Tribbles,” even though Scotty started the bar brawl in the episode. He was a dedicated Starfleet officer who put the crew before himself. And like Kirk, Chekov had a soft spot for the ladies.

Pavel Chekov was a Russian in an America where Russians were either villains or buffoons. Unlike the contemporary portrayals of Russians in 1960s-1980s film and TV, Chekov was a clever and likeable fresh face that defied nationalistic prejudice.

Ian will probably be drinking vodka tonight. Read about his drunken search for nuclear wessels on Twitter @IanGonzales.

Joseph Stalin was a Monster