Today (if all went well; I’m writing this five days in advance), I gave the greatest Christmas present of all time.

OK, maybe not, but I’ll posit that it is among the very best gifts *I* have ever given, and that it deserves more than a passing mention on a site dedicated to geekery of all stripes.

That’s because, in a process that took nearly eight months…I got an indie rock star to write and record a song for my little sister.

Eef Barzelay, lead singer of Clem Snide, isn’t as celebrated as Jack White or Justin Vernon, but he’s a damn fine musician who’s written some of my favorite songs. One of them, “Find Love,” is the kind of track you’d put on a new music lover’s very first mix tape – “find love, and then give it all away” being about as good older-person advice as I’d care to conceive – and a song that’s always reminded me of my little sister, a nurse practitioner with a caring heart.

Because I love his music, when Barzelay started a Kickstarter campaign to fund his next record earlier this year, I clicked. And what I saw was pretty amazing: At one bid level, Barzelay would correspond over email…and write a song with you. 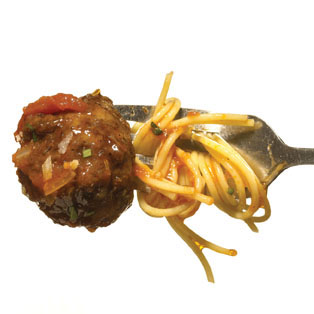 I couldn’t resist. It seemed like the chance of a lifetime, especially for a music geek like me condemned to roam planet Earth with no musical talent whatsoever. But what would the song be about? I won’t recount my long inner struggles over this question; obviously, at some point I decided it would be about my sister.

I eventually wrote Barzelay about a silly emo parody song my little sister and I had written together while wandering around in Providence, Rhode Island – “Your Actual Face,” complete with a whiny, nasally chorus that I recorded onto an MP3 and emailed to him as inspiration.

But the idea of a simple gag song never really seemed right, and it didn’t move Barzelay either.

We were at an impasse.

A few months later, I sent Barzelay a long note:

My sister’s name is Becca and she’s a nurse practitioner who is seven years younger than me. She’s married and due to have her first child in March (we don’t know yet which kind; she wants to be surprised). She is impossibly sweet and always wants everyone to be happy, often at the expense of her own interests. Growing up, I always tried to instill my love for music in her. Our bedrooms were side by side and I recently found out that she still fondly recalls hearing The Innocence Mission’s “Happy the End” playing softly through the wall at night.

But here’s the key to the song:

My other younger sister (Suzy, who’s older than her by five years) and I would tease her mercilessly as children. We told her “The Meatball” was coming for her (a giant killer meatball? It was never quite defined) and other such nonsense. I once chased her around the house with a squid and another time I hid under her bed, waited for her to get tucked in and the lights to go off, and then I jumped out screaming. In recent years, I’ve written “Becca Day” songs around the holidays about a special day that comes between Christmas and New Year’s when everyone eats their own feces.

I know, I know, it sounds horrible. But she has a great sense of humor about it and even though I might take back a few of the things we did as kids, the Becca Day songs always have the two of us cracking up. And we write dumb songs together, too, like “Your Actual Face” and one about Yankees manager Joe Girardi that I won’t even try to explain.

If anything, it would be great if the song touched on some of that stuff but also reminded her that I do it out of love and that it is sort of a weird older brother/younger sister bond we have that is annoying but utterly irreplaceable.

How does that sound?

I didn’t hear back. So I wrote again a month later.

God Damn I’m sorry it’s taken so long, I admit I had a hard time finding my way into your song. But I do appreciate the challenge, I hope you and Becca like it. Yours,Eef

“Song For Sister” is a silly song, one that won’t make too much sense to the outside world, though I’ve done my best to describe its genesis here.

Barzelay does a stylized “Your Actual Face” bit, sings about “The Meatball” and tells my sister I got her the song because I love her. The whole thing is over in a brief two minutes and 19 seconds, which means I’ve spent at least two hours listening to it so far, smiling to myself and wondering what my sister will think of it – and, as a music fan who loves his sister, feeling more grateful than Barzelay could ever know.

Despite its limited appeal, it’s a great song, in its small way, one that’s catchy and sweet and sets the perfect tone, and now if things haven’t gone horribly wrong I’ve given it to my sister for Christmas.

I hope you do too.

Matt Marrone used to tell his little sister her real skin color is purple and that the family has to paint her every year on her birthday. He also told her her real name is Reginald. You can follow him on Twitter @thebigm.

The Song Doesn’t Remain the Same