This past summer, Christopher Nolan ended his “Dark Knight Trilogy” with The Dark Knight Rises, a movie set on bringing the Nolan Bat-Verse to a close. The reviews were mixed. Some praised the movie as a great ending to a great trilogy. Richard Roeper said it was “a majestic, gorgeous, brutal and richly satisfying epic” while others said it was bloated and slow with CNN’s Tom Charity saying the film was a “disappointingly clunky and bombastic conclusion a superior series.”

So where does the end of the trilogy go wrong? Does the trilogy have to have a planned ending in order to work? Or can the story be a product of public reception and directorial impetus? What’s so difficult about ending the trilogy? 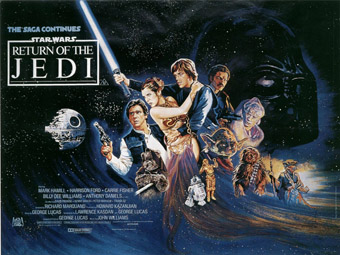 Some trilogies have been praised. Peter Jackson’s Lord of the Rings conclusion, The Return of the King, earned eleven Academy Awards, including Best Picture and Best Director. Toy Story 3 did the unthinkable by outdoing its two previous entries with a finale that was hilarious, well plotted, unbelievably sad and definitively final. But when I think of trilogy failures, several titles come to mind: Return of the Jedi, Spider-Man 3 and the much maligned Godfather Part III.

The majority of Star Wars fans point to The Empire Strikes Back as a the crowning achievement in the series. To quote Dante from Clerks, “Empire had the better ending. I mean, Luke gets his hand cut off, finds out Vader’s his father, Han gets frozen and taken away by Boba Fett. It ends on such a down note. I mean, that’s what life is, a series of down endings. All Jedi had was a bunch of Muppets.” Most people find Jedi to be the weakest of the three movies. Given the darkness of Empire’s ending, having everything resolve itself in the final movie with such happy results – particularly Han’s over the top love fest with Leia and his good guy transformation – makes the movie a cheesy finale. Jedi has great moments, though – I’m not saying it lacks action. But the return of the Death Star, the Ewoks and the aforementioned “Happy Han” make this entry fall far short of its predecessor. 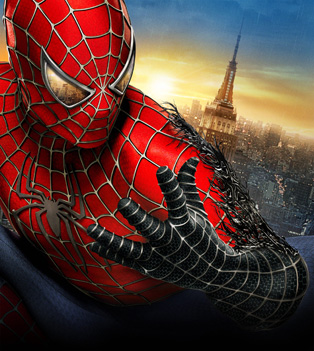 Spider-Man 3 falls in the same category. Clearly the product of studio pressure and fan fervor, Spider-Man 3 is a mixture of awful story telling, barely developed characters and a villain who fails to be the same villainous foil for Spider-Man as he is in the comics. Thank God Spider-Man 4 was cancelled in pre-production (if you have no idea about the general storyline or characters, look it up – it would have been a terrible movie). But Sam Raimi, after delivering what is still considered one of the best superhero movies ever in Spider-Man 2, gave a half-hearted effort in showing Peter Parker’s descent into mania through the influence of an alien symbiote. Given the many directions he could have taken the story after part two – with Harry Having discovered that Peter murdered his father and Mary Jane leaving astronaut John Jameson on the altar – Raimi was clearly pushed to introduce Venom.

The problem with Spider-Man 3 is that it fails to center its focus. Raimi has bits of interesting conflict, but he never develops them. The Mary Jane/Gwen Stacy romance could have opened the doors for some great personal turmoil for Peter, but instead we get to see him sing and dance in a Jazz bar. The one saving grace is the special effects, particularly anything having to do with the Sandman, but with such a weak and unbalanced story Spider-Man 3 never gets the traction it needs to be successful.

And then we get to Godfather Part III which was the real motivation for this article. I recently bought Francis Ford Coppola’s Godfather Trilogy on Blu-Ray. I’m still bowled over by The Godfather, and even more impressed with Godfather Part II, a movie which I still feel is the pinnacle of filmmaking and storytelling. But Godfather Part III falls far from its brothers for reasons I can’t fully understand. Is it the addition of Sophia Coppola? Even though the director’s sister was cast as Connie Corleone, why was this addition such blasphemy? Is it Al Pacino’s over the top acting? It is the set decorations which are supposed to be early 80’s in design but which are clearly 90’s in style? 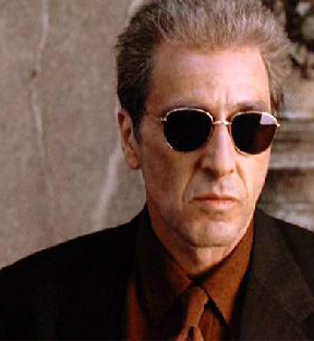 I choose Godfather III as the apex of the article because as a fan of The Simpsons, I’ve heard many jokes at Godfather III’s expense. My favorite is from an episode entitled “Beyond Blunderdome” where Mel Gibson screens a version of Mr. Smith Goes to Washington, but when Homer sees the finished cut, he tears into Gibson and has him remake the ending to be more action packed (with the senator chopping off the president’s head with a national seal). At one point, after the new version is shown to producers, one of them shouts “This is worse than Godfather III,” to which Gibson replies “Whoa, whoa! Let’s not say things we can’t take back.” I remember another episode where Bart finds Comic Book Guy’s secret movie stash and uncovers “Godfather III, the good version.” Every person whom I’ve ever spoken to about The Godfather trilogy cites Part III as the worst of the bunch, and easily one of the worst trilogy endings in history.

But other part threes fail as well. Matrix Revolutions is considered by many the weakest of The Matrix sequels. X-Men: Last Stand was a poor entry into a series that was really the catalyst for the boom in superhero movies in the early 2000’s. Austin Powers: Goldmember was so bad that the fourth movie has been in production hell since because, rightfully so, who wants to take a chance on another one of those movies? Additionally, one can add Terminator 3, Pirates of the Caribbean: At World’s End, Alien 3, and Jurassic Park 3 to the list. These are movies that fail to capture the same magic as the first or second additions, and which are considered the poorest of the group.

Why are these movies so bad? I have no clue. Maybe it’s due to a director’s sense to try and top himself. Maybe it’s that when a series becomes so big, it becomes more about money than story and what will draw in the largest numbers of people. Maybe it’s because trilogies only work when they’re planned out from the beginning rather than written as they go.

But it’s sure no Godfather Part III.