My first reaction, when I saw the news about the school shooting in Connecticut last Friday, was to blame myself. Friday was my sixth consecutive day of illness. A nasty bout with norovirus earlier in the week had left me vulnerable to an opportunistic throat infection and, as I sucked down another cherry lozenge on the train back from the doctor’s office that morning, the weight of accumulated misery and exhaustion finally depleted whatever tiny reserve of decency I had left. I’d had it.

It’s your fault for even thinking the plane could crash. You are making this happen. Stop it.

Fuming silently on the Red Line, I wished suffering and death on all of humanity. Grotesque images flitted through my head: a fiery hail of missiles leveling cities, jagged knives piercing soft bellies, bullets penetrating skulls, splintering bone and liquefying brains. And I made no effort to stop the procession: everything, everyone, was stupid and miserable and meaningless. Fuck you and your fuzzy panda bear backpack, I thought at the giggling teenager in the next seat.

Then I pulled up the news app on my phone.

Maybe it’s a byproduct of my Catholic upbringing, but I’ve long had trouble convincing myself that my thoughts do not, in fact, have a tangible impact on real events. Usually I feel this conflict most intensely on airplanes. The slightest bit of turbulence and I enter a spiral of blame: It’s your fault for even thinking the plane could crash. You are making this happen. Stop it. Some horrible image will pop into my head and I will squash it down, smother it like a blanket thrown over fire, starving it of oxygen. I can’t allow it space to breathe. If I do, it might become real.

My therapist tells me not to feel so horrified and guilty when these awful scenes enter my head. But, I say, I’m mostly happy and healthy. I should never think these terrible things. She says, they’re just thoughts. They’re not real. This is just how your mind is working out something that’s disturbing it. She says, there’s no point in blaming yourself for having bad thoughts. Instead, let’s pay attention to when they come up, to what might be triggering them. The bullet to the brain. When do you notice that one?

When I feel ashamed, I say. But not suicidal. It’s not like that.

No, she says, I don’t see that either. So maybe it’s not about killing yourself. Maybe it’s about killing that feeling of shame. It’s about asserting power over it. It’s about shoving it down and putting it away where it can’t hurt you anymore.

On Friday morning, a 20-year-old man shot and killed his mother. He then went to a suburban Connecticut elementary school and opened fire with multiple weapons, killing 20 children and six adults. Apparently, he then turned one of the guns on himself.

On the train, I stared at the news, mute, the angry thoughts suddenly silenced. Once the carnage was complete, “police instructed children to close their eyes and run past the school’s office as they exited the building,” the article reported.

I didn’t put in my headphones like usual on the short walk home from the station. It had become strangely important to pay close attention to where I was in that moment. I wanted to hear the clomp of my footsteps on the sidewalk, the squeal of brakes at the intersection, the mumble of passersby talking on their phones. Afterimages of the violent scenes I’d pictured on the train reappeared in waves of irrational guilt. Stop it, I thought. That’s not real. Your thoughts are not real. I tilted my face into the cold New England wind and closed my eyes. This. This is real. 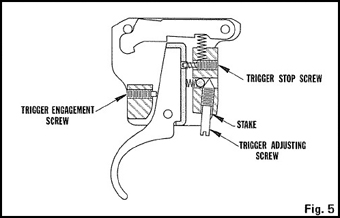 This month, Bob Costas was roundly criticized for his comments on Sunday Night Football in the wake of Kansas City Chiefs linebacker Jovan Belcher’s shooting of his girlfriend and himself. Quoting columnist Jason Whitlock, Costas said: “If Jovan Belcher didn’t possess a gun, he and Kassandra Perkins would both be alive today.”

In addition to the usual Second Amendment blustering, Costas’s critics pointed out that Belcher, a big athlete with a powerful frame, clearly had ways to commit the murder without a gun. They then enumerated those potential methods in grotesque detail, arguing that guns are only one of thousands of deadly implements. (This line of thinking ignores the incontrovertible fact that no other weapon on the planet is as popular, accessible, easy to operate and reliably lethal as a firearm.) Guns were not responsible for Belcher’s horrific crime; he was.

This is true, of course, in the reductive way such arguments are always true. Inanimate objects cannot come to life and exact deadly force of their own will. But while Costas’s comments were not particularly graceful, there is a kernel of truth in them. The instantaneous translation of thought into action that guns permit makes them much more dangerous than other weapons. Using a gun to kill does not require the same degree of forethought, of effort or of time as other methods. There is significantly less possibility space for the victim to escape, or for the attack to fail or for the attacker to reconsider. There is thought, and then there is deadly finality. You think, you squeeze and someone dies.

Already a number of sources are reporting — presumably because this is important and relevant — that the Connecticut shooter was a fan of videogames. (Apparently his brother, who was mistakenly identified as the shooter at first, was a “fan” of the Mass Effect page on Facebook — where an angry mob immediately descended to crucify the game.) I haven’t seen any “Did Violent Videogames Cause Gunman To Kill?” headlines per se yet, but they seem inevitable. The question is so asinine it doesn’t warrant consideration, but that doesn’t stop sensationalist media from asking it every time one of these tragedies occurs.

I suspect videogames and guns do share one common draw, which is the feeling of power the user gets from that instant translation of thought into action. Consider how we berate games when we experience lag, or when their controls are imprecise, or when bugs plague our inputs: we’re complaining that our intentions were not instantly translated into the appropriate onscreen actions. We expect that translation to be so quick as to be imperceptible, so that the controller becomes an extension of our will, just as our bodies are. 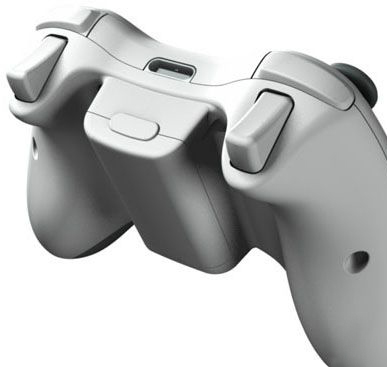 “Honestly,” Ice-T once philosophized, “I just play videogames to shoot and kill shit without going to jail.” He’s only partially kidding, I think. Videogames, particularly violent ones, are safe spaces in which the violent fantasies that permeate our reptile brains can be indulged and explored without injuring anyone. Despite my massive backlog, I often find myself going back to a game I’ve played through multiple times — Warhammer 40,000: Space Marine — not only because I love the absurd, ultra-violent fiction, but because it contains some of the most satisfying gore I’ve encountered. I never feel guilty for enjoying stomping an Ork’s head into paste or gutting a Chaos Marine with a chainsword. These are fantasy creatures in a fantasy world and this is my arena of choice to exorcise the vestiges of animal bloodlust buried in my genetic code.

Games are artificial abstractions. That’s why they’re safe spaces to those of sound mind. And games have remarkable power to keep the mind sound. I often use them for disturbing feelings like dog trainers use treadmills — to tire out intransigent beasts until they’re docile and compliant. Ironically, by instantly translating my thoughts into actions, games help me remember that my thoughts don’t have the same power in real life.

Still: when I look down at my controller, I see my fingers poised above triggers on each side.

So here is the problem I’m left with and this is one I haven’t learned to think my way out of yet.

In his address on Saturday, President Obama promised the families of the Connecticut shooting victims that the nation’s prayers were with them. Prayer can have many purposes, but a big one is certainly to convert good thoughts into good real-world outcomes. This is, I’d guess, the type of prayer the President was referring to. Our positive energy will help heal these broken families.

This is a thing we take for granted as benign. We assume — or at least pretend — that positive thoughts can have tangible positive effects. That our good will can somehow improve bad situations. Not in isolation, perhaps, but the assumption is that our thoughts, our good intentions, can be catalysts for positive change.

Yet when we think horrible thoughts, we say to ourselves, Stop it. That isn’t real. We chastise ourselves for our absurd hubris, believing that our idiot thoughts somehow influence reality. We push away the bad thoughts. We run past them with our eyes closed so we don’t have to soak in the bloody carnage.

One of these things is a lie, and I’m not sure which.

This War of Mine Needs A Lesson In Depression
Previous Post