Family is thicker than blood, except when it comes to science fiction’s two most popular offerings.

Star Wars and Star Trek could use a lesson in family values. Both franchises feature family members who try to kill each other, have children who are abandoned by their parents (or simply cannot get along with the ones they have) and even siblings who lust for one another.

However, where the family ties definitely don’t bind in these sagas, the friendships they form last through death and disaster. 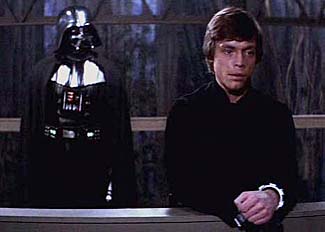 Let’s look at George Lucas’… er, I mean, Disney’s Star Wars. The six-part saga centers on the highly dysfunctional Skywalker family. The matriarch of this brood is Shmi, a slave who becomes a single mom after being magically knocked up by microscopic life forms.

She lives on Tatooine and struggles to raise a gifted young boy named Anakin. But at the first opportunity she willingly gives up that kid so he can attend a school for the gifted, knowing full well that this needy, damaged child will be cut off from the one person he’s ever really known or loved (and leaving a gaping hole in him that gets filled by a dark, twisted old man who takes advantage of Anakin, turning him into a vicious killing machine).

A decade later, that boy suffers dreams that his mother is in pain. He waits weeks before actually taking the time to save her. When he gets there, he’s just in time to watch her die, sending him spiraling downward in a fall that ultimately leads him to the dark side. But the same Anakin wastes no time in racing to the rescue of his mentor (and friend), Obi-Wan Kenobi. That rescue results in a more positive outcome.

Anakin falls in love and secretly weds Amidala. She becomes pregnant and eventually gives birth to twins. This, of course, after the man who’d loved her for so many years nearly kills her. Decades later, he goes on a brutal campaign to hunt down and kill his son. At the same time, his son sets out to kill him (mind you, he wasn’t aware at the time that the man known as Darth Vader was his father). 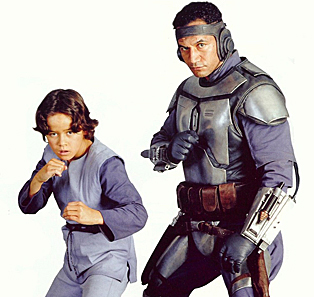 Luke tries to fight against the trend. He develops an affection for his sister (mind you, he wasn’t aware at the time that Leia was his sister). He strives to save his dad. But his Jedi mentors (Yoda and Obi-Wan) go so far as to insist that he must face his father and kill him.

Star Wars goes to great lengths to create dysfunctional families. One of the rules of the Jedi is that trainees must not have any family ties and cannot have contact with relatives. The logic is that those kinds of relationships make young Jedi susceptible to corruption.

Friendships, on the other hand, are celebrated in Star Wars. Luke and Han (who is, by the way, an orphan) would do anything for one another. Han would do anything for his best friend, Chewbacca. Han and Lando are friends, and their friendship is put to the test by the family squabble of Darth Vader and Luke Skywalker – a squabble that endangers everyone in the saga at one point or another.

There is another family relationship in Star Wars, and it also is replete with twisted darkness and death. That would be Jango Fett and his “son,” Boba. Jango has a clone of himself made, which he then raises as a son. However, that son then witnesses his father get beheaded by a Jedi. While this isn’t necessarily the only reason he ultimately turns into a bad guy, it does feed his long-standing hatred of the Jedi, contributing to his corruption.

Star Trek suffers from some of the same negative depictions of family relationships. It also repeatedly celebrates friendships that survive through thick and thin. 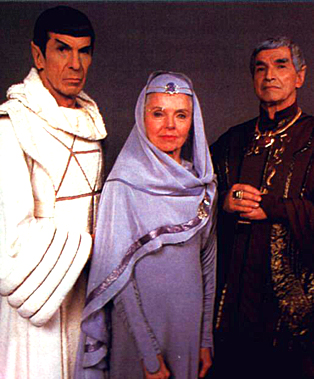 The one familial relationship that runs throughout much of Star Trek is Spock and Sarek, the father and son who share a friction-filled connection. The pair barely talk and regularly fight. Sarek objected to Spock joining Starfleet, causing them not to speak for some time. Years later, they seem to put this conflict behind them, but eventually butt heads over other issues, including the Vulcan relationship with the Romulans (a villainous race who, by the way, are distant cousins of the Vulcans). This results in their estrangement.

Their relationship is also damaged by the death of Spock’s mother, Amanda. Sarek eventually remarries, and it is suggested that Spock and the new wife don’t necessarily get along.

Spock does, however, have a positive relationship with his mother. This is displayed on two occasions in the series and the films. (This bond is reinterpreted in the new version of Star Trek, which saw Spock’s mother get killed.)

The first person in Kirk’s family that audiences meet is his brother, Sam. He’s introduced – and killed – almost immediately. Beyond that, it’s never considered terribly important. We then learn in the films that Kirk had a son, a boy the captain of the Enterprise has never met (at the request of his mother, although that isn’t much of an excuse for a man to essentially abandon a child). The son tries to kill Kirk (mind you, he wasn’t aware that the famed captain… er, admiral… was his dad at the time), but later embraces him as his father.

This lovely family moment is quickly cut short, as in the following film David is killed.

Captain Jean Luc Picard has a brother, sister-in-law and nephew. They are all introduced in a tender episode that sees these two siblings, who have been at odds for years, discover a renewed bond. However, this nice family connection is severed when they are all killed in a fire years later.

Worf falls in love and is then surprised to discover he has a son. When the boy’s mother is murdered, the Klingon has the child live with him on the Enterprise. However, he later sends the boy away to live with family. He also has a Klingon brother. But that brother’s life is left in ruins because of Worf’s actions, and eventually Worf has him surgically and mentally altered so as to forget him. Worf has a human “brother,” but it’s a relationship that’s only seen once and is fraught with friction. 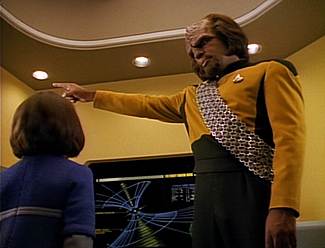 Data struggles to be more human, and there is nothing more human than family problems. And he’s got plenty. An absentee father who intentionally disassembled him and left him to think he was dead, only to be reunited briefly before actually dying. He also has a brother – whose twisted and evil plans often include either trying to kill Data and his friends or using Data for his own nefarious purposes.

Family relationships exist in Star Trek merely to cause pain and provide tragedy for the main characters. They are rarely, if ever, essential to the series as a whole. Instead, what’s celebrated are the friendships between the crews (be it on the Enterprises, Deep Space Nine or Voyager). Instead of natural blood relatives, the characters form makeshift families that consist of crewmates who are kinder, more loyal and selfless than any relative is ever shown to be.

Star Wars and its family issues could be viewed in the same fashion. Family tragedy and conflict carries with it a higher sense of drama. The death of a friend might be sad, but the death of a father or son is all the more tragic.

As a result, both space sagas are littered with family relationships that are filled with death and sadness. But all of that is often balanced by the bonds those characters create and discover with others who, while not blood, are often just as important to them (if not more so).