The world of Giant Sparrow’s PSN game The Unfinished Swan – the first few levels, at least – is a world of depthless white. I can pass through it, listening to my footsteps echo over stone, grass, water and dirt, feeling myself rise and descend, touching and jumping over obstacles, yet all the while my eyes tell me that I haven’t moved at all. Not until I spatter my first gob of black paint over the white. 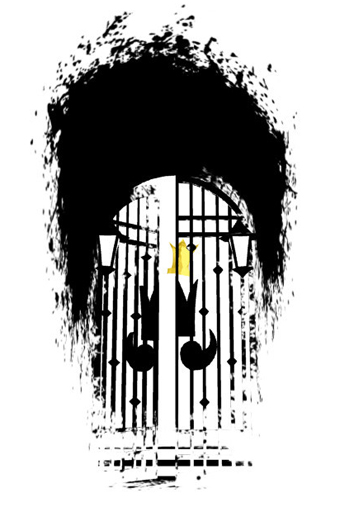 Then, suddenly, relief: stairs, statues, bushes, their shapes and depths and contours marked with flecks of paint. They were there all along (weren’t they?) but it feels like creation, hurling paint and watching the world appear around me. My heavy-handedness comes with a price, however. It’s not that I run out of paint – no, there’s always paint – but I realize, darting along the castle walls, lovingly painting black surfaces into the white plane, that the more I paint, the more I lose the distance. The contours come and go, in the change from white to black. All-black things look as impenetrable as all-white things.

The world I usually inhabit is one of tangible distances. I can heft a book to see how many pages are left, check the completion meter or item page to see how much longer a game is likely to go, but playing The Unfinished Swan is like hacking Ocarina of Time to walk down that path behind the windmill that was always barred off: you quickly fall off the rendered map and into white space. In Ocarina, I have to reset the game, but in The Unfinished Swan I’m supposed to keep playing.

Monroe, the protagonist of The Unfinished Swan and my vessel through the white, is a boy confounded by distance. His mother has just died, leaving a vast portfolio of her paintings, none of them complete. Of Monroe’s father there is no mention, but his absence from Monroe’s life is tangible in the character of the king. In the dream, Monroe is chasing a swan through a realm that the king once ruled, a realm he tried to perfect according to his own delicate aesthetic sensibilities. And it is beautiful, even though I have to ruin it in order to appreciate it.

The trick is the speckles. You have to speckle your paint, let the drips of black on white sloppily sketch your surroundings. If I try to be too thorough with my painting, I’m going to be just as lost as if I’d never painted at all.

Sometimes my paintbrush is taken from me and I find myself adrift in a world of white, unable to navigate, unable to see, hardly able to tell if I’ve made any progress at all. 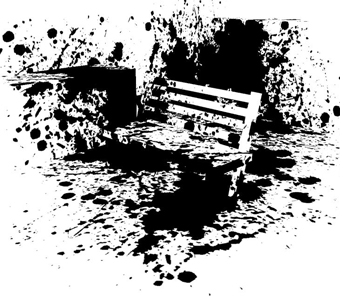 At times like these, it’s easier to walk backwards, eyes fixed on the last recognizable landmark – a door, a letter, the swan’s yellow footsteps. I keep my eyes on this last tenable marker, watching it shrink as I edge backward, sliding across invisible walls, until a corner I hadn’t known was there eclipses it, and then everything is white and I’m stuck in the middle, completely on my own. It could take no time at all to pass through the veil and into the realm of shadow, color and depth. It could take forever. It all depends on me: my persistence, my methodology, my intelligence. And my luck. More than I would like it to, it depends on luck.

How furious the king would be, if he could see this little boy flinging paint about his precious kingdom in search of a half-finished swan! But his people found it difficult to live in a world with neither color nor outline. The game’s architecture tells the tale of their rebellion: as I progress through the game, shadows, cracks and vines begin to cut into the whiteness.

The Unfinished Swan creates its sense of infinite space, infinite possibility, by never letting me see more than a glimpse at a time. Imagination supplies the rest. This is a game that keeps its distance.

The swan looks perfect, from far away. But the closer I get, the more absences I can see. What can I do but keep going? And as the colors get brighter, and the shadows get darker, and I learn how to alter the shape, not just the surface, of the world around me, I find myself missing the blank canvas I started with, the one that I fought so hard against, with my paint and my determined tread. The clearer the environment, the more stable the visual anchors and the points of reference – and the further away the swan seems to be. 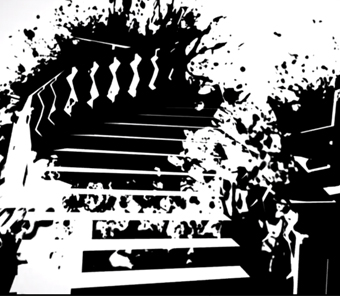 Even my copy of The Unfinished Swan is far away from me. I don’t own a PlayStation 3; I gave my friend Monica the $15 it costs and she downloaded it on her PSN account and let me play it at her house. We finished it in two sessions, taking turns. Monica liked regrowing the vines that the king had worked so hard to eradicate from his pristine kingdom. I liked throwing paint from high places, watching the droplets arc through empty space and rain down on the unseeable surfaces. We both really wanted to catch that damned swan.

I wish I could go downstairs and play The Unfinished Swan again. A responsible reviewer would have played it through at least twice, right? And fired it up a few more times while writing to check some facts. I can’t do that. My swan is far away from me. But it seems like being incomplete is its natural state.

The only thing we’re told about Monroe’s mother is that she never finished a painting, but that’s the thing about art – how do you know when you’ve finished?