Last week, George Lucas announced he was selling Lucasfilm to the Disney Company. He also installed as his successor Lucasfilm co-chairman Kathleen Kennedy, who will be in charge of all future Star Wars films. Yes, that’s right – script treatments of an Episode VII exist, and plans for a whole new trilogy are already underway. Predictably, the Internet exploded. 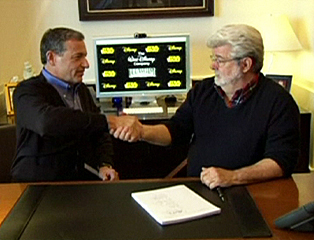 While we were busy sorting out our feelings – maybe even getting excited about the prospect of seeing the Organa Solo babies on the big screen – a Lucasfilm source reportedly told NBC that the new movies will be an “original story.”

We can’t be entirely sure what this means, of course. Personally, I’m not about to give up on little Jacen, Jaina and Anakin Jr. just yet. And really, who doesn’t want to see the Yuuzhan Vong get a piece of this action? You can’t ask for a better villain for a post-Empire galaxy than those Force-invisible machine-hating zealots. I would put Vector Prime, the first book in which they appeared, at the top of the screenwriters’ reading list.

So let’s skip the wild speculation and get straight to the unsolicited advice. From a fan well versed in the Expanded Universe of Star Wars novels, comics and videogames, here are some dos and don’ts for an original story while still getting me my Solo children cameos.

DO use the books, comics and videogames. Don’t throw away decades’ worth of beloved material. Do what comic book writers do: keep the important stuff (more on what’s important in just a bit), erase the rest and then refill in the blanks. I admit that when I first heard about this whole Star Wars VII thing, my first reaction was to worry that any sequels would ruin or invalidate the Expanded Universe. After considering it, however, I realized that’s exactly what they should do.

Think about it – comic books get away with multiple storylines, retcons and revamps all the time, and while it frequently drives us fans utterly bonkers, it gives the writers the room they need to keep making stories about the characters we love. So keep the highlights, like they do in the comics, but shake off the specifics. Leia and Han’s three kids (twins Jacen and Jaina and younger son Anakin Solo), Luke’s marriage to former Hand of the Emperor and ginger badass Mara Jade and their adorably awkward son, Ben, are examples of elements to keep. These are all great characters, and I for one would be very upset if they were erased from existence completely. But changing up some of the details is a totally different matter. In fact, we can even learn from some of the pros and cons of the EU’s storylines. For example… 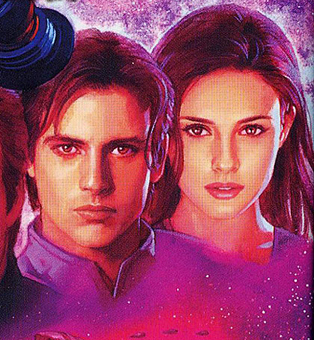 DO NOT make a movie about little kids. We already saw that it didn’t work in The Phantom Menace. Stay away from anything resembling the Young Jedi Knights or Junior Jedi Knights series. The Solo children as precocious tweens works in young adult novel form far better than it would as a movie. This doesn’t mean you can’t use storylines that occurred when the kids were young, like the Centerpoint crisis or that whole Darksaber thing (scratch that, just don’t use Darksaber at all). The best options are to either make the Solo kids infants, like in Timothy Zhan’s Thrawn trilogy, or preferably, age the kiddies up and you’ll be fine. Your best bet would be jumping straight into the Yuuzhan Vong crisis, where Jaina and Jacen are about 16, and Anakin a year or two younger. And while we’re on the subject of kids, let me just say…

DO NOT kill a whole bunch of young characters. They did it that way too often in the books, most famously (SPOILER ALERT) Leia and Han’s sons Anakin and Jacen. These deaths occurred in the books Star by Star and Legacy of the Force: Invincible (both, it’s worth noting, by Troy Denning). Though the death of Anakin Solo in the middle of the Yuuzhan Vong war pushed the books up to a whole new level of emotional engagement, Jacen Solo’s turn to the dark side and subsequent death at the hand of his twin sister in the Legacy of the Force books just felt clichéd and forced. If the new Star Wars trilogy is going to be good, it’s going to need young blood, not the blood of the young. Please, please, please, don’t kill off any of the new generation. Instead…

DO kill at least one original Star Wars character. Secondary characters like Chewbacca, Lando Calrissian or Wedge Antilles would be easy pickings, but what I’d really like to see is one of the big three bite it. That’s right: Luke, Leia or Han should die. My vote is Han. Harrison Ford famously suggested to George Lucas that Han die at the end of Return of the Jedi, and though Lucas wisely disagreed (merchandising, Harrison, merchandising!), 30 years later would be a great time to finally finish him off. Now don’t get me wrong – I love Han Solo. But the death of a major character would have so much more emotional and dramatic impact than that of a newer character. I’d much rather an original trilogy character die – and die well, dammit – than have the writers kill off a whole slew of younger characters to try to make up in quantity what they weren’t willing to do in quality. 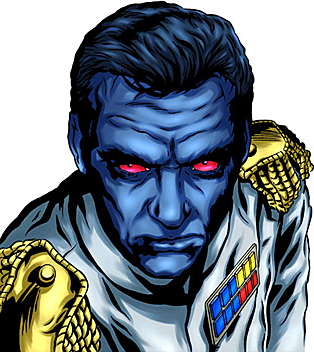 DO NOT invent new characters. I mean, fine, you can do it a bit, if you’re really serious about this original story thing. But there’s really no need; there are literally hundreds of already-awesome characters to choose from. It’s a scriptwriter’s dream come true. I’ll even give you a few recommendations…

– The Imperial Remnant: not a character per se, but a political entity that was just entering into tentative peace talks with the New Republic when the Yuuzhan Vong attacked. Their mutual distrust and reluctant alliances throughout the Vong War were some of the books’ best stabs at political drama.

– Gilad Pellaeon: leader of the Imperial Remnant and total boss, who, if you’re going to include the Imperials, should definitely have an ascending character arc throughout the trilogy (like Admiral Piett in the original trilogy, but with a redemption instead of a Green-Leader-to-the-face).

– Jagged Fel, erstwhile son of the Empire and love interest to Jaina Solo.

– For political drama there’s no one but Borsk Fey’lya, Leia’s controversial successor as Chief of State, who took office just in time for the Vong invasion.

– Tahiri Veila, Anakin Solo’s weird childhood friend who was captured and experimented on by the Yuuzhan Vong.

– Vergere, a Jedi-turned-Sith living with the Yuuzhan Vong who claimed to be from the time of the Old Republic. A lot of fans – not to mention Jacen Solo, late at night – still argue about whether she was a “good guy” or not. 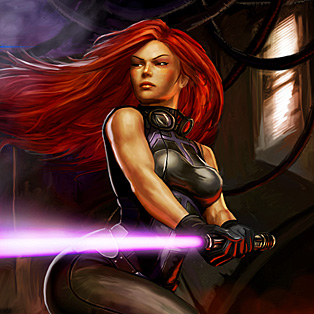 While we’re at it, here are some characters you should NOT include: Danni Quee, Warlord Zsinj, Kyp Durron, Corran Horn, the Emperor’s clone or any of Luke Skywalker’s previous girlfriends (sorry ladies, but there’s only room for one of you, and it’s gotta be Mara Jade).

DO call the Empire out on its racism, sexism and xenophobia. As you may have noticed, the decks of those Star Destroyers were full of normal-looking white guys. While the Rebel ranks weren’t much better, Expanded Universe writers did put an awesome twist on what was probably just lame 1980s casting. They explained that Emperor Palpatine was a paranoid xenophobe who disliked non-humans and excised anyone who didn’t look like him from the ranks of the Imperial military. There’s no hard-and-fast evidence of this in the movies themselves – and yes, the Emperor did have some non-human stooges lurking around his throne room in Return of the Jedi – but expanding on the Empire-was-racist plotline would add a level of allegory to the trilogy as well as open up whole new avenues for plot and character development. If nothing else, this is one detail from the EU that I would love to see expanded upon in a blockbuster film.

DO treat it like a comic book relaunch: keep the beloved EU characters and surprise us with them! Just please, no Superman/Wonder Woman-style nonsense. And don’t let Troy Denning near your script. Seriously. He’ll kill them all.