For those of you with heart conditions, I recommend clicking away from this column right away.

For the rest of you, I have this warning: 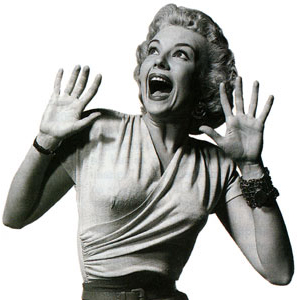 While many of the articles printed during this year’s Unwinnable Halloween celebration should be read with your favorite horror movie soundtrack playing in the background – may I suggest Dracula by Philip Glass and Kronos Quartet – the following Rookie of the Year column is so frightening, so disconcerting, that to listen to such music in tandem with it might cause the lesser of you to collapse onto your laptops and smartphones.

So please shut off the Tubular Bells you have playing on a loop on your front porch. Power down your inflatable fluttering lawn ghost. Turn off the illuminated “Bates Motel: No Vacancy” sign hanging in your window.

No, this week’s Rookie of the Year column should not be read while listening to scary music. If anything, it should be read with the happiest, most least-threatening tunes you can find. You’re gonna need all the help you can get, so I’d suggest blaring some Carly Rae Jepsen while reading this column in broad daylight in a public place, preferably across the street from a hospital or urgent care facility.

Why must you take these precautions? Because in this week’s column I reveal that the Rookie of the Year has a new girlfriend.

Who lives in WILLIAMSBURG.

Many of you are still smiling, oblivious perhaps. Maybe some of you are having pleasant thoughts of your childhood family vacation to Virginia and how an actor in period costume taught you to write with a feather and ink.

To those I say, nay. Not that Williamsburg.

The vile nesting place of the scariest, most spine-tingling, most threatening creatures on the face of this green earth:

Most of you know exactly what I’m talking about, but for those of you who don’t, let me explain it this way:

If you were being chased by zombies around a corner and found yourself face to face with a group of hipsters…you’d run right back to the zombies. 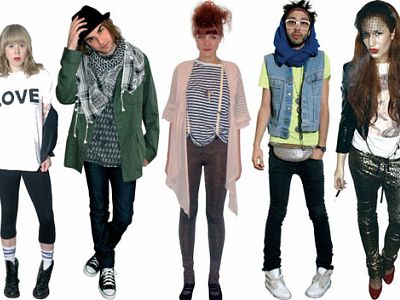 Notice I just said a “group” of hipsters. Screw that. You know how you can have a gaggle of geese? It should be a horror of hipsters.

In 1960, Rod Serling brilliantly roasted Main Street America in a classic Twilight Zone episode, “The Monsters are Due on Maple Street,” ostensibly about an alien attack but just as much about our own prejudice, paranoia, suspicion and fear of the unknown – think Russian spies or even minorities moving into lily-white suburban neighborhoods, or, for a more modern analogy, the fear of terrorism. The episode needs to be remade into a movie. Except make the monsters hipsters. Smelly, ironic hipsters, perhaps not even hidden in the shadows but plain to see, moving next door with their beards to their chests, wearing plastic Mickey Mouse ears with stickers of their favorite indie bands on them.

It may say more about us than it does about them, but we’d be peeing ourselves in the theaters.

Or forget film adaptations entirely and consider this: simply one or two showing up on your street is bad enough – you might even mistake them for homeless people and toss them a dollar, at first – but nothing quite matches the spine-tingling terror of actually finding yourself emerging from the Bedford Avenue L train with your girlfriend, suddenly in the very mouth of the beast. You’d pass all types of hipsters around every bend, never knowing which subset you’d encounter but always fearing it’d be worse than the last, a metallic taste of fear on your tongue as you wince at every passing glance.

Over the next five days, you’ll be reading on this site all about The Unknown – the theme of the week – and my initial ventures into Williamsburg are a chilling example. It’s like when Keanu Reeves awakes from the Matrix into an ooze-filled pod, or when the ambassador watches the Cylon door open for the first time in 40 years in the Battlestar Galactica pilot, or any number of scenes in The Descent.

“The Rookie of the Year Walks His Girlfriend Home” should be directed by John Carpenter. It should be an Edgar Allan Poe story. It should be a gothic poem by Robert Burns – the auld, haunted Kirk-Alloway an artisanal muffin shop, the tavern a used record store and the Brig o’ Doon Flushing Avenue. I should have to furiously cross into Bed-Stuy before the demon hipsters can grab my mare’s tail.

And then I should beg my girlfriend to move.

Except there’s one terrifying thing I haven’t told you yet:

She OWNS her place.

Right now, Matt Marrone is watching, paralyzed with fear, as his girlfriend gets her bathroom redone. You can follow him on Twitter @thebigm.And without further ado, welcome to Unwinnable’s Unknown Week – whether it’s fear, the quest for knowledge or unanswered questions, if we don’t know it, you’ll find it here.

Horror, Rookie of the Year, TV