Yesterday, I hopped a flight to Culver City, California for my first IndieCade, an international festival and professional conference for independent games. I couldn’t be more excited. I have also been equally terrified lately, because I have had some key financial situations arise. These usually mean the difference between me having a meager amount of money that will primarily pay bills or no personal income at all, as I watch my finances spiral out of control and risk ending up on several collections agencies’ call lists. I’ve also had to keep my cool and stay focused on creating art, playtesting, reworking mechanics and designing my current game project, hoping that in the end, the finances work out long enough for it to all be worth it. Oh, so this is what being an indie game creator is like.

The experience, honestly, is a lot like how I always envisioned it would be – at least for me. I knew it wouldn’t be easy. If you briefly browse stories of independent games, you see a lot of people are working on them and many projects find a great deal of success. Many more games, however, struggle to reach a big enough audience. Rather than accepting failure, those games are usually ported to other platforms to try and find that much-needed success that often hinges on an even longer development cycle of supporting your newly “finished” project. I always wondered how people were able to just take the time to make games, but more importantly, how do these guys stay monetarily afloat long enough for that eventual payout? And if that never comes, what next?

In the end, the onus and financial burdens fall completely on you

These situations are not talked about enough. Of those people who do talk about them, there is never enough detail, and it’s not usually discussed at any real length. I realize that money, on any level, is very personal. But throwing around sayings like, “I was broke”, “I ran out of money”, “We lost our funding,” etc. without any detail to back it up is a cop-out. I know what broke is – I was raised in a house where if the toilet paper roll fell in the toilet, there might not be fifty cents to replace it. Yet because very few people talk about their situations at a deeper level, I am forced to think that many don’t really know what “broke” is.

A recent example of these statements being thrown around to the detriment of their meaning is in Indie Game: The Movie. I took great umbrage with how the movie glossed over such important parts of Team Meat’s financial struggle, and through perhaps the folly of editing basically told the story of, “I’m broke, but I still have money to go to the diner to eat and have huge home-cooked meals.” That doesn’t back up any claim of being broke. I know from reading accounts of that hellacious development cycle that that isn’t the whole story. The movie sure skewed it like it was, however, and that’s problematic.

A great deal of comments at this year’s Game Developer’s Conference had many successful developers, people who had made quite a lot of money, telling the world to just go and make your own games because they did and you can be successful, too. As inspiring as that is, having a person who made money while living at home with his/her parents, who didn’t have to work and perhaps was able to take out loans from family members to pay staff or other assorted fees, tell that to me – a person who gives money to his impoverished mother, takes care of his wife and daughter and has no other safety net of family to fall back on or borrow money from – is insulting and ultimately demoralizing.

The decision to go indie and try to turn a hobby game project into a full, sellable game was not one that I could take lightly. It required a certain alignment of financial circumstance and personal readiness to make happen. Most importantly, I needed my wife to make a sacrifice and somehow find a well-paying, yet less flexible, full-time position in this crazy job market. Next, and less paramount based on her pay, I needed some sort of income, either through part-time gigs, doing freelance writing or perhaps finding a course to teach in order to ensure that I could still have some money to cover assorted everyday bills. Finally, a pipe dream would have been to have some money to fund the project and actually pay my programmer and myself a small yet livable wage, while also funding any other needed game-related costs, which of course led me to thinking heavily about the Kickstarter route (something that seemed more and more like a massive struggle as hordes of games continually flooded the service).

Before I go on I’d like to talk about my good friend, who I managed to talk into being the programmer for the game. Like me, he has also worked in the AAA game development space and has also been working completely for free while getting by in this economy hustling and grabbing whatever small jobs he can get. While he does have the “luxury” of living with his parents, no one in his house is well off enough to not have to work constantly – him included. He also lives in one of those crime-ridden pockets of Manhattan that Mayor Bloomberg doesn’t want you to know about. 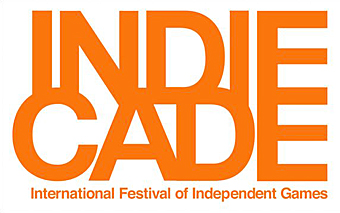 Miraculously, everything started to snap into place at around the same time. My wife worked to become irreplaceable at her job and pushed her boss to rally to expand the part-time role into a full-time position. I was able to leave my place of work with a severance and save some money for the duration of it. Most surprising and luckiest of them all, the game I had been working on for over a year as a hobby project drew the eye of an industry friend who could actually offer a modest amount of publisher funding. Things were really shaping up.

Even though things were going well, however, everything wasn’t solved immediately – not by a long shot. Although my wife was offered the new full-time position, she first had to jump through some hoops. It took over a month for her to interview and for the paperwork to be approved before she was officially rehired as a full-time employee. This essentially left her out over a month’s worth of pay.

In the meantime, I have been feverishly working on my game project. I’ve also been hammering out any possible business hiccups, while trying to figure out how I can get from now until next year, when I’ll see the first amount of money from my development contract, without completely tanking my credit score. Even then, the money I’ll receive will be nowhere near my AAA developer job pay and will be split between me, my programmer and whatever other costs arise.

At the end of the day, it’s hard to go from being a major contributor in my house to being the one who is supported, while working on a pie-in-the-sky outlook that hopefully will pay off. People ask, “Why stay in AAA game development if it’s so easy to just get up and go make games?” While it is true that the tools are there to the point where anyone with the will to make games can, it’s also a process that requires just as much time as, if not more than, the big company game development. In the end, the onus and financial burdens fall completely on you, and many just cannot afford that.

Feast and Our Personal Stories of Food