From atop the GetaLife Insurance building, Liberty City looks like a toddler’s playset. Luis Lopez takes a moment to sip the fresh air. From below, police lights serve as flashing reminders that time is of the essence – but for a few seconds, at least, there is only the wind, and the city, and the parachute.

“My wife and I are having a baby.”

It’s hard to pin down a single word that describes my feelings about this statement. I’ve had some time to practice saying it, but the implicit countdown of expectancy is a strong, complicating force. My wife’s due date is closer every day. If we wanted to drive ourselves crazy and had a calculator, we could count the time in hours or minutes. We are less than six weeks away.

Do you think Golden Chopsticks will deliver to Babytown?

That’s not to say I’m not excited – I’m over-the-moon excited – there’s just a lot more to it than that. I can’t wait to meet my child and know the joys of parenthood and positively melt over the life and safety and sanity for which I will be utterly responsible. But I am also terrified, because all of those things are terrifying. And I am anxious, because the real-life implications of those things are so completely unknown to me. And I am selfish, because I think often about the things that I love that will soon be very secondary to the needs of this brand new, helpless person. This realization brings with it some amount of guilt. To help with the guilt, I clean the apartment and remember how excited I am.

A friend tells me that his first child was born six weeks early. My wife is out with friends, and my phone does not leave my side. I turn the ringer up to the loudest possible setting, just in case I wander away for a glass of water at some inopportune moment.

I am excited but terrified. Our apartment is immaculate. 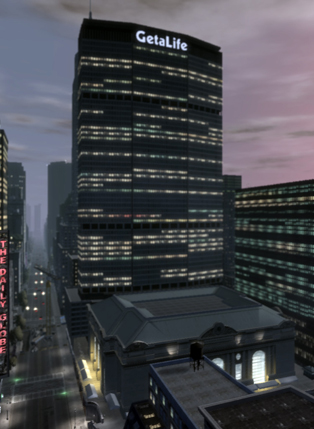 The parachute base jump sequences of The Ballad of Gay Tony are a big part of what makes the game such a perfect send-off for Rockstar’s beloved Grand Theft Auto IV saga. By the time Luis straps on his first parachute, anyone who has played through the previous two chapters has devoted dozens of game-time hours to driving, racing, shooting, dating, bowling, biking and staggering drunkenly down the streets of Liberty City. The city itself plays a role in each of these, but for the most part, it’s a setting ­– it serves as an unobtrusive (although gorgeous and mind-bogglingly complex) backdrop to the action.

By comparison, Liberty City feels more like the object of the base jumps. Once Luis takes the elevator to the top of his chosen building (one might replace the word “elevator” with “load screen”), he is given a moment to reflect. The game’s usual soundscape of radio, car horns, gun shots, and angry passersby melts away, and for a few reverent moments, Liberty City – quite possibly the defining location of our outgoing games generation – comes into focus.

The left control stick pans the screen left and right for a viewing angle of roughly 180 degrees. There is where Cousin Niko and I once holed up from the cops with a six-star wanted level. There is where The Lost and the Damned treated us to a moment of full-frontal male nudity. And over there is the Libertonian art museum where all three games briefly intersect.

With a push of a button the potential energy is released. Luis leaps from the ledge and the city rushes up to meet him.

In the months leading up to the baby, I build a computer.

It’s my first-ever build, and for a few weeks I lose myself in components and specs, the waiting and the building and the first powering on.

My wife and I come up with a code name for the adventure we’re on, a sort of shorthand that feels born of necessity. We both have people in our lives (invariably veteran parents) that are eager to deliver word of the misery we’ve brought upon ourselves. “Ooh,” they say. Sadistic glee flashes in their eyes. And then, a variation of: “Get your sleep now!” This is one of the things people say when you’re expecting. “Ha ha ha,” we say, politely.

We decide we don’t want to focus on the negatives, so we begin referring to the future as a place where we’re going, like a vacation or a cross-town move. The place has a name. We call it Babytown (I didn’t say it was a good name). For example: “We really need to get our closet storage in order before we get to Babytown.” Or, over take-out: “Do you think Golden Chopsticks will deliver to Babytown?”

The new computer works like a charm, and boots up for the first time (and on the first try) just a few days before the onset of the Steam Summer Sale. I pick up an entire generation’s worth of games. 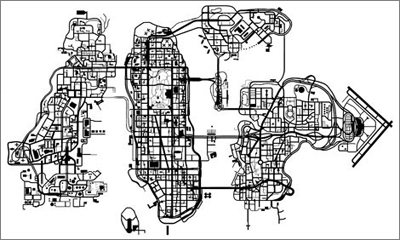 For the first time in the GTA IV saga, The Ballad of Gay Tony features a protagonist who from the outset appears comfortable in and even dominant over his surroundings. Luis Lopez works as a bouncer at Tony Prince’s nightclub, with the respect and admiration of those around him. He begins the game with an active sex life and a complete wardrobe. He is not the culturally befuddled Niko Bellic, with his off-the-boat accent and funny hat (an ushanka, as I have just learned). Nor is he The Lost and the Damned’s beaten-down biker Johnny Klebitz, whose ability to maintain a clear perspective puts him at odds with the violence and insanity that find him at every turn. Niko begins GTA IV in an unfamiliar system whose rules he must overcome; Johnny rejects that system altogether. Luis begins The Ballad of Gay Tony nestled comfortably within the system, thriving while playing mostly within its rules.

As the game progresses, Luis’s role changes with it, but his arc is neither a table-turning rise to power (Niko) nor a kill-or-be-killed outlaw story (Johnny). Grand Theft Auto IV’s first two chapters deal mostly with matters of the self—power, loneliness, revenge, survival, justice. The Ballad of Gay Tony includes each of these in some measure, but its central themes are different: companionship, loyalty, responsibility, sacrifice. With the helpless Tony Prince to watch over, Luis’s role is that of shepherd.

Returning to Grand Theft Auto IV for the first time in over a year is a jarring experience. I had forgotten the loose controls, the interminable firefights. I attempt to take cover and Luis flings himself limply at a group of angry men with guns. I take a step and he takes three; I overcorrect and he pirouettes through a hail of bullets. As Luis dies and I re-load, I wonder whether Grand Theft Auto V will finally take the clown shoes off of its protagonists.

The Xbox whirs – it’s worth noting that one red-ring later, I’m still on my first machine (which sounds like a vacuum cleaner) – and I reflect on the fact that my GTA game disc was the first that I purchased for the system, part of the same Amazon.com shopping spree that brought Rock Band into my life. It’s amazing how quickly things change, grow old, move on.

Luis wakes up in front of the hospital. The game offers to transport us back into the firefight where we left off. Instead, I press Start and look at the map of Liberty City. Shoreline and side streets, bridges and bowling alleys. There are gunfights to be won, buildings off which to be jumped, disreputable characters for whom to do bad things. I look for a moment, take it all in.

My wife snoozes in the next room. Before long, life will change to include car seats, changing stations, and (yes) night feedings. We will watch out for one another because we are a good team – but we will change, too.

I get up and turn off the console. I’ve won those fights, jumped those buildings, jogged clumsily from Liberty City to the moon and back. Soon there will be more missions, more vistas, more shepherding to be done.

Dan Apczynski needs to learn how to swaddle a baby without the help of Velcro and is accepting advice via Twitter at @DanApczynski.

A week in the city, Grand Theft Auto IV, Liberty City, parenthood, The Ballad of Gay Tony, The Lost and the Damned