Two seminal parts of my pre-to-early teens were Spider-Man and Saturday Night Live. It was the early ’90s. David Michelinie and Erik Larsen wrote and drew Amazing Spider-Man, respectively. J.M. DeMatteis and Sal Buscema were the creative team on Spectacular Spider-Man. Mike Myers and Dana Carvey were sending up public access TV with Wayne’s World and Julia Sweeney kept teasing audiences with the androgynous Pat. Both Spidey and SNL were venerable institutions by the time I started following them, but I didn’t know that at the time. No, they were just two of my favorite forms of entertainment and had a huge impact on my sense of humor. 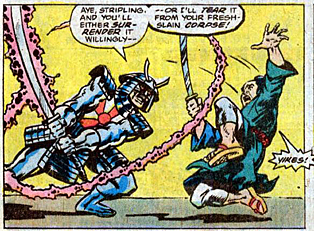 When reading Wizard or Comics Scene as a kid, I discovered there was an issue of Marvel Team-Up that was added to Marvel’s Spider-Man reprint book, Marvel Tales. Issue #74 was when the wall crawler met the Not Ready for Prime Time Players. Yeah, Spidey met the cast of Saturday Night Live.

I learned about this comic pre-Internet, so I had to look for it in comic book stores and conventions. I never had much luck, but more than a few comic dealers remembered the issue and questioned why I wanted to find it so badly. See, it wasn’t exactly an in-demand back issue, because it was considered kind of terrible.

As time went on, I discovered new quests – some were generally geeky and others were profoundly pubescent. Recently, while researching David Letterman and comics for another piece, I came across Marvel Team-Up #74. My former white whale still taunted me as an adult. However, being a grown-up with an eBay account and a credit card, I quickly ended the hunt and kept my life in the process.

In the issue, Spider-Man joins forces with the 1978 cast of SNL. All the greats are there – John Belushi, Gilda Radner, Bill Murray, Jane Curtin, Garrett Morris, Laraine Newman and Dan Aykroyd. Chris Claremont wrote the issue; Bob Hall was on pencils with the legendary Marie Severin on inks. 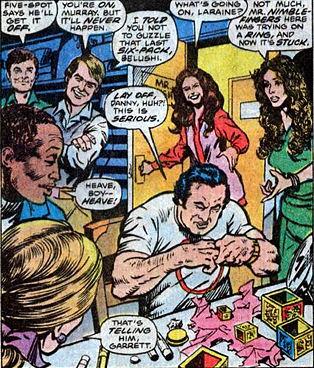 The comic begins with Peter and MJ rushing through the rain to Studio 8H. In the halls, a bulky Japanese man rushes past them and naturally, Peter’s spidey sense goes a tingling! Meanwhile, in the dressing room, John Belushi and the whole cast of SNL try to remove a ring Belushi’s finger. The ring had just arrived via mail a few moments prior – off panel. With no success, the group just kind of shrugs their shoulders and moves on with prepping for the show. Then, Bill Murray makes a comment about how Belushi probably shouldn’t have chugged a six pack of beer before the show.

At this point, I have to ask – how much access did Chris Claremont have to SNL?

John Belushi’s excesses are legendary, but in a world where Belushi eventually has a sword fight with the Silver Samurai, this was the most out of place joke in the book. It’s the one moment where the reality of these legendary comedians crashes into a world where Stan Lee is the host of SNL and Rick Jones is the musical guest. Fiction and reality are bleeding all over each other – it’s obviously supposed to be a whitewashed fantasy land. Reading it today, the joke hits a somber note, given the heartbreaking end to Belushi’s story. However, at the time, he was just the crazy one in a group.

As Peter’s spidey sense keeps going off, he excuses himself and goes looking for the reason why. While snooping, he discovers that the big Japanese guy was indeed the Silver Samurai.

What’s the Samurai’s plot? He and his thugs are out to steal the ring that wound up on Belushi’s finger. Silver Samurai also instructs his goons to be very cautious, as he does not want their crime to be discovered by the live studio audience.

Yes, Silver Samurai is going to risk disrupting a live television broadcast in order to carry out what is essentially a stealth mission. Still, the plot hole is worth it to see two thugs take too much time to realize that Thor is not an African American, as well as the sword fight between Belushi and Silver Samurai. 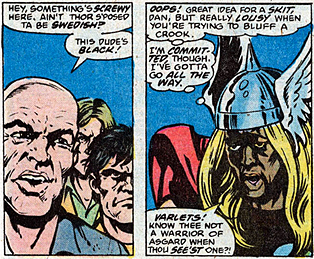 Still, the most baffling moment is that Bill Murray may be the most heroic of the SNL cast. Early on, Murray is maneuvering backstage to get a prop to Garret Morris. He stops at one point and realizes that there are thugs backstage. So, he clubs one over the head, swaps outfits with the chump and goes undercover.

It culminates in a scene where Belushi, as his famous samurai character, and Spider-Man fight Silver Samurai on stage under the guise of it being a skit. After all, they don’t want to panic the live studio audience or the millions of people watching at home.

There’s a lot of insanity in this book. I like to think that if it came out when I was a kid, I’d be all over it. Spider-Man and Saturday Night Live have had their ups and downs over the years. However, for every “Clone Saga” or 1986 finale, there’s “Return of the Sinister Six,” Spectacular Spider-Man #200, Big Red sketch and William Shatner’s infamous “Get a Life” sketch. It’s a good thing they really only crossed paths this one time. I don’t think they could survive Spidey meeting Joe Piscopo.

Ian tweets about comedy on comics via @IanGonzales. Join the conversation or heckle him – whichever you prefer.