When the phone rang, I didn’t think it would be the police. I definitely didn’t expect them to be inquiring after a stolen TV. Stolen by me. Oh dear.

I definitely didn’t expect the police to be inquiring after a stolen TV. Stolen by me. Oh dear.

The television in question was a behemoth, the last of the Sony CRT TVs, boasting 37 luscious inches of high-definition screen and about 300 pounds of cathode ray tube. When the thing was delivered to my fiancé’s apartment, three impossibly muscled Russians carried it up the stairs. When my fiancé transitioned to ex-fiancé, the TV came home with me, thanks to the upper body strength of my father and his best friend Terry.

That was the last time I was in that apartment. As we had agreed, I left my key behind, along with a check for the balance of the cost of the television (in happier times, it had been paid for with her credit card to take advantage of her employee discount, and I was paying the bill). In a moment of uncharacteristic fiscal responsibility, I scrawled ‘TV’ onto the memo line. I said good-bye to the dopey cats and left. 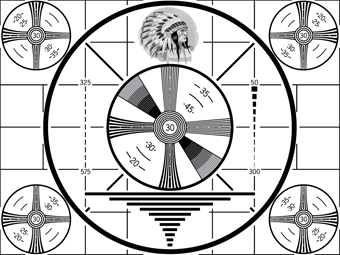 Getting the criminal charge thrown out was pretty simple. I showed up at court, the judge read over the complaint and dismissed it immediately – it was clearly a civil matter and not a criminal one. That lawsuit, on the other hand, for the cost of the TV and miscellaneous other debts, dragged on for months. Hearings were delayed. Paperwork was shuffled back and forth. At one point, Judge Judy called and offered to take the case (No way, Judy!).

Finally, one sweltering morning in July, I found myself at the Jersey City court house. I was in a cluttered meeting room with my lawyer, my ex-fiancé, her newborn baby and a mediator who was insistent on me cutting some sort of a deal despite our evidence being ironclad. I was sitting directly in front of a toaster oven. Someone’s bagel was burning. My lawyer did all the talking. It consisted mostly of variations on the word ‘no.’

Fifteen minutes later, we were all standing before the judge. He looked at the copy of the check and noted the memo line, “This says the check was for the TV.” He did some math on his calculator. It all checked out. Case dismissed. Sometimes, good triumphs over stupidity.

There are a lot of lessons here, but perhaps none as important as “always fill in the memo field when writing important checks.”

For a while, that TV was the nicest one to be had among my friends. We would get together every Sunday night, with beers and pizza, and watch movies. The idea, at first, was to watch the movies we loved, to introduce them to folks who somehow had never seen them. The Warriors. Flash Gordon. The Thing. The Blob. Then, we dove into movies none of us had seen before like Lifeforce or God of Cookery. The first time we watched the commentary track on Conan the Barbarian, possibly the funniest thing ever created, was on that TV. Our first RiffTrax, too. Sometimes we’d watch the UFC fight. Sometimes we’d just play games and pass the controller. Sometimes we’d just talk and debate and laugh with the volume turned down low. So long as there was a group of us (and so long as there was beer).

It was time to get a newer model, something bigger and better that didn’t weigh 300 pounds in glass and tube and another hundred in history.

The foundations of Unwinnable came together in front of that TV.

Eventually, the old Sony was no longer the nicest to be had. It was time to get a newer model, something bigger and better that didn’t weigh 300 pounds in glass and tube and another hundred in history. I held on to it longer than I should have – it was, after all, a hard-won prize of war – but it was no match for 50 inches of 1080 plasma goodness in the long run.

After all, it wasn’t the physical presence of the TV that I loved, it was the function it served and the people who gathered in front of it. It was a symbol of something, not the thing itself. We’d still come together and watch movies and play games and laugh and talk, whether I had a tired old CRT or a shiny new flat screen.

When the time came, it still took three guys to get that beast out the door.

Welcome to TV Party, Unwinnable’s week long celebration of the boob tube. So come, all ye couch potatoes, and revel in the cathode rays, but not too close – your mother always said that would ruin your eyes. We’ve got plenty of amazing things to share this week, but one of the biggest is our team-up with Network Awesome, the curated online TV network. We’ll be republishing their stories and linking back to their relevant shows this week and into the future. We’re sure you will love them as much as we do.