One of the primary goals of Unwinnable is to revel in childhood, to love the movies we’ve always loved, to keep collecting toys well into our 30s and 40s and to play videogames with the same gusto we did back when we were little kids and got our first computer or gaming console from Santa Claus, Hanukkah Harry, the Birthday Wizard, Mom’s new boyfriend or whomever.

So it’s way past time that I share one of the seminal moments of my youth, one that happened way back in 1984, when I was about to turn six – and one that was on my mind five minutes ago, 28 years later, when a small package arrived in the mail. 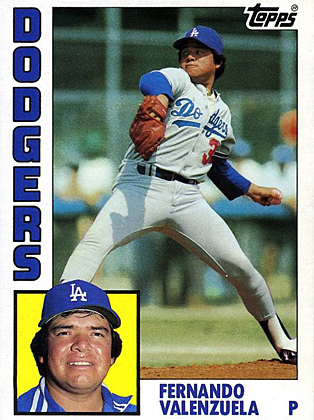 I used to collect bottle caps in an apartment complex I lived in for a brief period, a year or two in time that now seems like an epoch. It didn’t occur to me then that I was surrounded by drunks, but the streets were littered with caps – Budweiser mostly, though there were plenty of Yoo-Hoo tops, too – and when we weren’t at school or playing wiffleball, I’d walk the sidewalks looking for them.

That is, until one fateful day, when I looked down at the curb – and there it was, the greatest thing I had seen to that point in my life:

I still remember the thought that crossed my tiny little mind at the time:

From that moment on, bottle caps no longer existed. And for years and years and years, I grabbed every baseball card I could find, to the point where I had a closet full of them and an album bigger than me stuffed with the cards of my all-time favorite player, a 6-foot-6 Yankees outfielder named Dave Winfield.

I’ve since sold all but a select few of my baseball cards – at a garage sale, to a young kid starting a collection of his own – but I still have that Fernando Valenzuela card and that Winfield collection, plus an entire set of those very same 1984 Topps cards – a set I still pull off the shelf every once in a while, to remember what it was like to be six years old.

So what about this package that just arrived at my door?

Topps, in what has to be their first smart move since they ruined baseball cards by taking away their soft, papery feel and covering them in a hard, alien, glossy sheen, released a set of Archives cards – putting current players into the designs of past Topps series.

And one-quarter of the small collection I bought last week on eBay … is based on 1984 Topps. 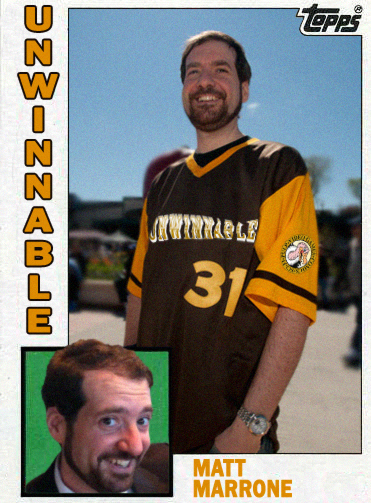 Could it be any sweeter?

Actually, I didn’t know it, but it could: I opened the box moments ago, and there it was – a Derek Jeter card, with “YANKEES” written down the left side in that same early-’80s font, with his head shot below it and an action shot above, a perfect blend of past and present that makes it impossible for me to be cynical – a tall order indeed.

There’s a CC Sabathia card, too, in road grays, which reminds me that the Yankees’ ace in those bygone days, and my favorite pitcher, Ron Guidry, was wearing road grays on his 1984 Topps card also.

And now I have 50 brand new 1984 Topps cards – including throwbacks that feature the likes of Babe Ruth and Yogi Berra in ’80s shells – with some players who weren’t even born in 1984, and some teams, like the Diamondbacks, Nationals, Rockies and Rays, that didn’t exist yet, either.

It’s a glimpse into my past, but even more surreal, it’s like the 6-year-old Matt that still lives inside me is getting his own glimpse at the future, in a familiar font and design – in other words, in a language that he can best understand.

I would have given up recess for a month to see these cards back then, and I would have been thrilled and amazed by Jeter’s, to know that someday there’d be a Yankees shortstop – a shortstop!?! – with 3,000 hits, or a big, bad Yankees right-hander who looked like Winfield and pitched like Guidry.

Oh, a future so bright!

And now, looking at them, two weeks after my 34th birthday, I am seeing these players in a brand new light, and all I can think is this:

Things have turned out just great.

Matt Marrone would probably faint if someone were to put him on a 1984 Topps card. (Ya hear that, Unwinnable eds.?) You can follow him on Twitter @thebigm.

Rookie of the Year: Who Wants Their Girlfriend’s Mother To Be A Millionaire?

Rookie of the Year: 365 Days Of Summer
Previous Post