There’s a brand new lamp on my desk at home. It’s big and clunky and tacky and looks like I stole it from a dentist’s office. I didn’t. I ordered it on Amazon.

It’s called The Day-Light Sky. It has something called BrightZone (TM) Technology. It’s made by Carex Health Brands.

And it’s going to make me very happy – I hope.

It’s 8:15 a.m. on a Tuesday, and I am sitting at my laptop surfing the web and typing away. Slightly above my screen, at what I have calculated using the instruction book to be the correct angle, is my lamp, which a disclaimer in the manual tells me “is an innovative light supply system and is not a medical device in the USA.” 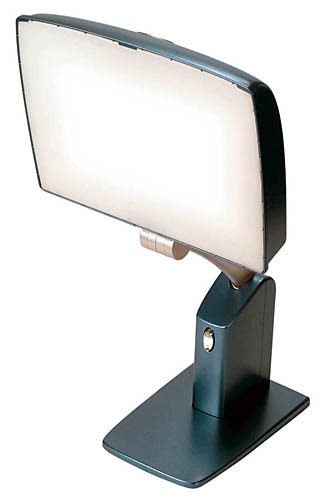 At any rate, I have been trying to head off my seasonal-affective disorder in a number of ways, and my latest stab is sitting here as the snow falls heavily outside my window with a massive light shining into my face from no more than 12 inches away.

Is it going to work? I have no clue.

But if there was any doubt I was willing to try anything, let that now rest in peace.

So that’s what that smell is? I was starting to think I needed to take a shower before I do this, not after.

Maybe I still should.

It’s actually quite sunny outside this morning. Perhaps I should find a bright spot to sit in, or maybe even resume my failed plan to go running or biking before work. Ha! Yeah, right. It’s cold as hell out there, and besides, the smell of my Day-Light Sky is starting to become intoxicating.

Instead, I’ve written my next Unwinnable column. Meanwhile, the deadline for this one looms.

The next column is going to be a doozy. This one? No promises.

So you’re probably wondering, after five days, if I feel more peppy. Yes. But does that have to do with the lamp or the fact that I’m waking up earlier and getting some writing done before I leave for work, instead of sleeping to the last second, showering like a madman and racing to the subway? I am leaning toward the former. Because on Day Four, I lost track of time writing my column and had to shower like a madman and race to the subway.

Only this time, when I did, I was smiling and singing along to Daft Punk.

Let there be light!

In 17 minutes, I will be filing this column to Stu. The light is shining in my face. It looks bleak outside but who cares! Every morning I am basically at the beach, except there is no sand, no waves and no actual sunlight.

This article should already be live on Unwinnable.com.

Will this lamp ultimately work? I can’t say.

Either way – if I make it to April – I do have a backup plan: I booked two tickets to Honolulu on Day Zero.