One night, my grandparents parked their Winnebago in the desert. I was three. 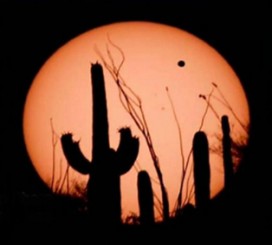 It was utterly dark there, a vast, empty blackness unlike anything a suburb-bred kid like me had ever experienced before. Stars glimmered in the sky by the thousands. In the distance, coyotes howled. The sense of isolation disturbed me.

As I lay in my bed, trying to sleep, the yips of coyotes drew closer. Even though I didn’t want to, I felt compelled to get up and peek out the window to see just how close they were. Instead, I saw the figure of a man standing just on the edge of the halo of light that emanated from the Winnebago. His eyes flashed, lambent, and I knew he was the Big Bag Wolf – literally, the zoot suit-wearing anthropomorphic wolf of the cartoons.

It was about then, maybe, that I should have realized this was a dream – a nightmare – but I didn’t tumble to it. All I knew was that creature outside wanted nothing more than to eat me alive.

It did its best to tempt me out, first with a silent vaudeville dance routine and then with lame magic tricks. When subterfuge failed, it summoned a terrible wind that shook the motor home till it almost toppled over. When still I did not open the door, it leaped onto the roof. I awoke as its shadow came into view through the opaque plexiglass skylight, its claws scrabbling at the latch.

That early werewolf encounter should have left me wanting nothing more to do with the supernatural, but the opposite turned out to be true. If it had ghosts, magic or monsters in it, I was sure to read it – especially on vacation.

Going down the shore for the weekend? The Monster Manual was invariably by my side. A stop at a Scottish-themed store while on a holiday in New England? I left with every book on the Loch Ness monster I could carry. Going away from the computer for a week? I’d throw the manual to The Temple of Apshai Trilogy in my bag so I could pore over the creature catalog. Every trip to someplace new was an invitation to go to the local history museum and scope out the books on local legends.

I used to spend the last week of the summer with my maternal grandparents. One year, I scared myself silly reading Dracula. Another, I read everything I could on the Jersey Devil and even convinced them to take the long ride to historic Batsto Village, deep in the Pine Barrens, in the hopes of seeing some sign of Mrs. Leeds’ cursed offspring. 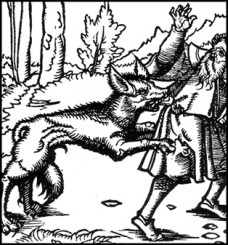 My paternal grandparents eventually sold the Winnebago in favor of a double-wide trailer they kept at the Beachcomber campground in Cape May. We would spend time there every summer. Other kids would bring game systems – I played The Legend of Zelda for the first time at the trailer next door. There was swimming and bike riding and miniature golf. I spent hours fishing (and not catching anything) at the overgrown pond whose shore was steeply sloped and bordered by menacing woods.

One trip in particular stands out. We had left on a Friday morning and arrived as a storm was brewing. I holed up under the stairs into the trailer with a pillow and a blanket, listening to the rain patter on the metal roof of the screen porch and the wind howl through the scrub pines. I had a pile of books with me that I had taken out of the library the day before.

The one I decided to read first, naturally, was the one on werewolves.

Stu Horvath would like to welcome you to Vacation Week. Kick back, relax and enjoy the start of your summer vacation as Team Unwinnable tells tales of travel, holidays, mental escape, foreign lands and childhood memories. Follow Stu on Twitter @StuHorvath.

Rookie of the Year: The Lost Kinkos of Chiang Mai

The App Hole: What I Learned on My Summer Vacation