In 1932, a Midwestern boy attended a carnival with his family, and there they witnessed the magic of Mr. Electrico! The boy, a fan of horror films like 1923’s The Hunchback of Notre Dame and the science fiction work of Jules Verne, H.G. Wells and Edgar Rice Burroughs, was approached by the magician. Electrico proceeded to touch the boy on the nose with a sword and shout, “Live Forever!” From then on, the boy wanted to create magic. 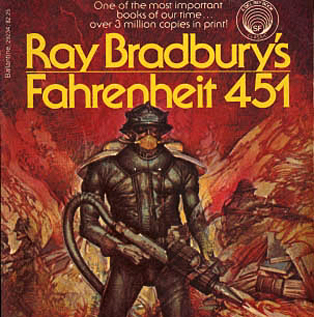 Ray Bradbury did just that for the next 80 years. He has passed away at the age of 91, leaving an immortal legacy behind him. Born in Waukegan, Illinois in 1920, Bradbury was a voracious reader and fan of early silent films, factors that contributed to his later works. Few authors managed to bring the sensibilities of science fiction and fantasy to the mainstream like Bradbury, who many associate with his prophetic classic, Fahrenheit 451. Others may remember him for books like The Martian Chronicles, The Illustrated Man and Something Wicked This Way Comes, or his television series, The Ray Bradbury Theater, where each episode was based on one of his hundreds of short stories. Bradbury’s imprint is even apparent in television series like The Twilight Zone and Alfred Hitchcock Presents, which he wrote episodes for, and in the many movies based on his works. Of these films, Francois Truffaut’s 1966 Fahrenheit 451 is probably the most famous, although Bradbury himself was not satisfied with the adaptation.

Much like Mr. Electrico inspired that young Midwestern boy, Bradbury inspired a young East Coaster to further pursue the fantastic. One of these things was going with my family to Epcot Center at the age of four and visiting the Spaceship Earth geosphere, which Bradbury had a hand in conceptualizing. I can still recall vague, fuzzy memories of worlds of tomorrow that managed to captivate and inspire my 4-year-old mind. In many ways, my trip to the geosphere was one of the first steps in shaping me into who I would become. At an early age, I was excited for what was to come in the future, an enthusiasm and optimism that was always expressed by Bradbury in seminars and interviews. 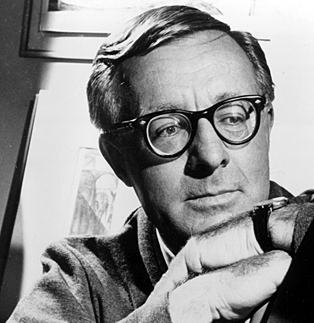 In sixth grade, I read a Bradbury short story called “All Summer in a Day” that hit me like few other things I had read before. It tells the tale of Margot, an elementary school girl who moved from Earth to Venus with her family five years prior and is still trying to fit in with her classmates. It rains constantly, and she is homesick and feels like an outsider. The sun is soon due to appear for two hours, and after that will disappear behind the clouds for another seven years. Margot is excited for the event because it will remind her of home, while none of the other children have ever seen the sun. In an act of cruelty, her classmates lock her in a closet and forget to let her out during the time the sun is out. When the teacher realizes what has happened, she goes to let Margot out – and the story ends with the rains resuming.

As a kid who was the victim of bullying and adjusting to middle school life around this time, I found the story of Margot relatable. It also showed me that science fiction and fantasy don’t always have to be about spaceships and dragons. The story helped me appreciate genre fiction so much more, while also introducing me to another level of sci-fi and fantasy authors. My adventure continues on as I write this, while a chapter of another man’s has come to a close.

Science fiction is the fiction of ideas. Ideas excite me, and as soon as I get excited, the adrenaline gets going and the next thing I know I’m borrowing energy from the ideas themselves. Science fiction is any idea that occurs in the head and doesn’t exist yet, but soon will, and will change everything for everybody, and nothing will ever be the same again. As soon as you have an idea that changes some small part of the world you are writing science fiction. It is always the art of the possible, never the impossible.
-Ray Bradbury, from the interview, “Ray Bradbury, The Art of Fiction No. 203” The Paris Review Spring 2010, No. 192

[Editor’s Note: Earlier today, before learning of his passing, I grabbed a collected volume of Bradbury’s work off my shelf to take on an upcoming trip. I wasn’t going to bring a book at first, but something kept nagging at me until I picked it up and put in in my bag. You will be missed, Ray.]