When one thinks of an antagonist, the image most often conjured is of villains like Dracula, Doctor Doom or even King Joffrey. Wrapped in a cloak, standing in front of a mullioned window – a shadowy line envelops half of his face as he plots against his foe.

However, the antagonist is not always so easy to spot. Perhaps he is a desperate man, searching for the meaning of existence? Maybe she’s lost, consumed by her life’s pain and disappointment – punishing the world? Could the villain in question be a disillusioned soldier, given over to the forces of Hell? 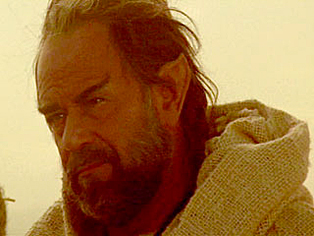 Star Trek V: The Final Frontier is a broken movie. It’s broken in many, many places, but the one thing that sets it apart from the other Star Trek films is its primary antagonist: Sybok.

The half brother of Spock, Sybok is a Vulcan who rejects logic and embraces emotion – a choice that sets him on a search for paradise and God. Sybok, using his latent telepathic abilities, would essentially mind-meld with someone and find his or her pain, usually in the individual’s deepest regret. Then, he would help them to overcome that pain. Sybok performed this bit of magic on loyal Enterprise crew members Sulu, Uhura and Chekov – they shirked their duties and blindly followed the passionate Vulcan.

Sybok, unlike other Star Trek antagonists, is actually a pretty likeable character (thanks in no small part to Laurence Luckinbill’s performance). Well, he’s likeable aside from the whole “hijacking the Enterprise and setting it on course to rendezvous with a being he thinks is God” thing. Sybok genuinely likes and respects Kirk. He desperately wants Kirk to understand his point of view. He is a far cry from a villain like Star Trek II’s Khan or the enigma that was the Probe in Star Trek IV. No, Sybok is a religious zealot who takes no pleasure in violence. When he first encounters Kirk and the crew of the Enterprise, he chastises his own followers as well as Kirk for leaping into a fight. He’s just a guy desperately seeking the Promised Land. However, it is this devotion that puts him at direct odds with the film’s protagonist, Captain James T. Kirk.

Mary McCarthy once wrote, “When you have committed an action that you cannot bear to think about, that causes you to writhe in retrospect, do not seek to evade the memory: make yourself relive it, confront it repeatedly over and over, till finally, you will discover, through sheer repetition it loses its power to pain you. It works, I guarantee you, this sure-fire guilt-eradicator, like a homeopathic medicine – like in small doses applied to like. It works, but I am not sure that it is a good thing.” 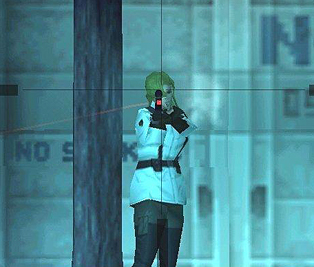 I can’t help but wonder if that quote helped spur on the creation of Sybok – specifically, his ability to make people move past their pain.

The antagonist is a villain more often than not. This is doubly true for videogames. At least, it was until Metal Gear Solid rolled around. I remember playing MGS and being baffled by almost every miniboss’ death scene!

In Metal Gear Solid, Hideo Kojima pits his hero, Solid Snake, against former FOXHOUND mercenaries who have gone rogue. As the game begins, Psycho Mantis, Sniper Wolf and Vulcan Raven are Snake’s foes. While they had worked for the same organization Solid Snake had, they were now bitter foes in Liquid Snake’s bid to control the new Metal Gear prototype.

As Snake battles and eventually kills each miniboss, his or her death is followed by a closing monologue. MGS is one of the first games to flesh out its villains to a point where they became sympathetic characters. This kind of complex storytelling was what I came to expect from a Final Fantasy game, but that kind of character development in a stealth game? It was something completely new to me.

Hearing Psycho Mantis talk about his father, seeing Vulcan Raven give Snake a keycard while mystical ravens picked at his dying frame and watching Sniper Wolf talk of her family’s slaughter as she coughed up blood was disturbing to say the least, but it was also revolutionary. Bowser’s kids never got this kind of exposition.

The MGS villains died with an honor and dignity previously unseen in videogames. They were fully fleshed-out characters that became so familiar with and consumed by their pain that it was only in death that they saw Solid Snake as a kindred spirit. Their moral barometers were restored. 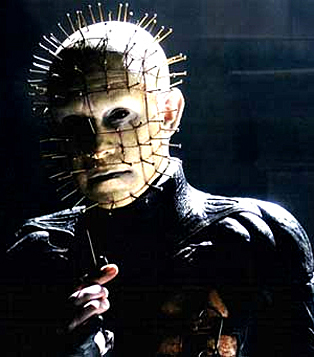 Pinhead is most commonly known as the villain of the Hellraiser franchise. Pinhead, formerly Captain Elliot Spencer, is a Cenobite. He exists only to inflict pain on anyone who dares solve Lemarchand’s puzzle box, the Lament Configuration. A demonic sadomasochist, Pinhead spouts on about pleasure, pain and the flesh. He’s described himself as “a demon to some, an angel to others” and declared, “I am pain!” While Pinhead is a villain, he isn’t the antagonist of the first two films. That dubious honor belongs to Frank, Julia and Dr Channard.

Doug Bradley’s smug and eloquent monster doesn’t see the world in terms of good and evil – only in sensation. While Pinhead is duplicitous in both films, he is an enforcer of a sort of order. He is strictly concerned with the pleasures and the pain of the flesh and nothing more. He does not care that Kirsty accidentally opened the Lament Configuration; he only cares that she did and now she was his to play with.

One of Mary McCarthy’s most famous quotes is, “We are the hero of our own story.” Assuming this is true of most, who is the antagonist? Perhaps that’s why characters like Sybok, Sniper Wolf and even Pinhead resonate with so many people. They make us ask who, in our lives, are the antagonists of our story.

Ian Gonzales will tear your soul apart on Twitter while making you relive your deepest pain. Become one of his followers @IanGonzales.