This month, Unwinnable is talking about food.

Everyone who reads, watches and plays also takes time to eat. It is a necessity, not just for sustenance, but for all facets of our lives. We eat to socialize, to commiserate, to celebrate. We cook to woo, to cheer, to share. Our very civilization has been shaped by our relationship with food, and how we get it.

It only makes sense that fictional food would carry a specific kind of weight in our imagination. Why else are we in awe of Roald Dahl’s chocolate factory? Why else are we repulsed by Denethor’s feast in the film adaptation of Return of the King? Why does the cannibalism of the The Road weigh so heavily on our minds?

In the stories of this month’s theme, we examine the import of these non-existent meals. Below, you’ll find excerpts of most of the stories. Do read the full stories, and get the special recipe book insert, you’ll have to buy the issue or subscribe. We hope you do – it is a meal for you brain!

Talklin’ Chop, by Austin Price
Austin has outgrown wall chicken and is ready for real talk. 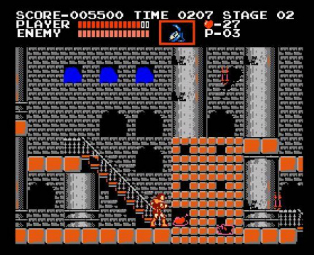 another, the cure was always dinner: I have lost count of the number of times cooking up a simple meal of chicken cacciatore and spaghetti turned our room full of mumbling zombies into a small-scale Parliament eager to debate the rise of fascism in Europe.

Meanwhile, most genres simply do not lend themselves to this kind of sustained reflection. Castlevania would be a frustrating experience if Simon Belmont made time to tuck into each and every steak dinner he found or invited a host of ghouls around to debate Dracula’s warped idea of feudalism over bowls of stew.

Why Don’t Videogame Characters Ever Eat?, by Ben Sailer
Ben is 30 hours into an adventure and could really use a snack.

There are certainly exceptions (hunting in Red Dead Redemption, rations in Metal Gear Solid, snack pick-ups in The Last Of Us). Given 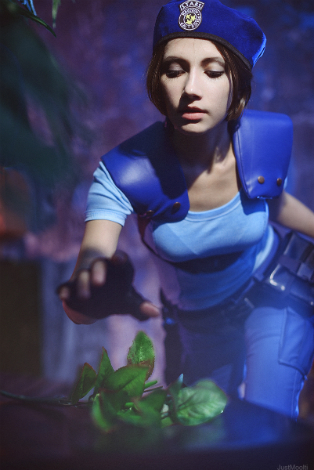 that eating is essential for energy to do absolutely anything, however, shouldn’t it be an expectation? The ability to suspend disbelief while doing the impossible at the press of a button (or flailing VR hand gesture) is part of gaming’s appeal. When you’re effortlessly jumping across rooftops hundreds of feet in the air, a lack of culinary options isn’t the most unbelievable thing on-screen.

However, there are times when this missing detail distractingly breaks with reality. In a series like Battlefield, your squad somehow never prepares an MRE. The unfortunate souls in Resident Evil live on mystery herbs alone. Master Chief spends forever in space and his helmet doesn’t even have a hole for a straw.

An Ode to the Raktajino, by Shahryar Rizvi
Shahryar is blending South Asian-American and Klingon in the kitchen. 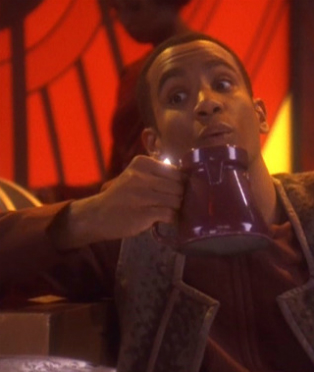 The raktajino is a Klingon-Human beverage that the DS9 community adopted as their drink of choice. The raktajino is a blend of Earth-sourced coffee (qa’vIn in Klingon), an unspecified Klingon liquor and dairy.

The presence of the raktajino gives a 21st century audience, that wakes up with coffee as their drink of choice, a workplace-like sense of familiarity with the community on DS9. Countless coffee drinkers can empathize with Commander Benjamin Sisko when he couldn’t speak in the morning until he had his first cup of raktajino. Fewer people relate to Captain Picard’s pompous hot Earl Grey tea as much as they do a strong cup of jino.

[Check out the Unwinnable Monthly 79 in full for Shahryar’s own Raktajino recipes!]

Thrive, by Jeremy Signor
Jeremy is learning what it takes to leave the office job and live off the land in Stardew Valley.

I got way too complacent during winter, when planting was impossible. I got cozy with the neighbors like never before, attempting to buy their affection with gifts from my vast store of items I’d accrued over the year. I settled into a routine of buying Pam a beer every evening, of whipping up some sashimi for Linus, the local wildman (his words), of heading down to the Wizard’s Tower off the edge of town to give him some Void Essence from the monsters I killed.

Yet I now suddenly find myself spending all my time on my farm, quickly tilling and fertilizing the land as I plant the messy assortment of seeds I bought in a panic yesterday. A farmer’s work is never done, it seems. 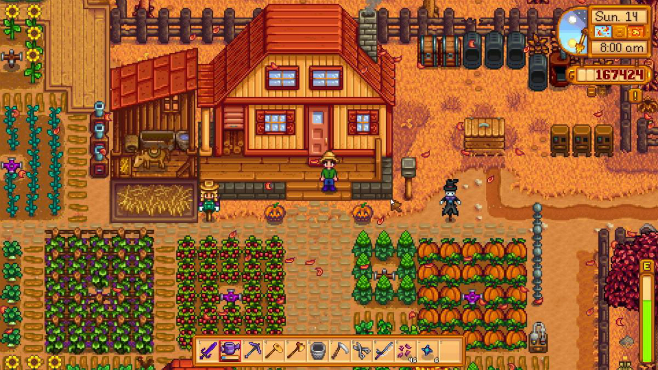 The Gross Out, by Michael Edwards
Michael is giving a direct warning not to eat while reading these. 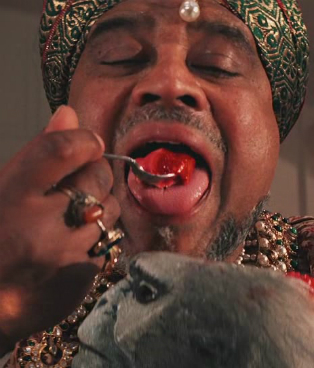 It’s popular these days to crap on the sequel to Raiders of the Lost Ark, but let’s be honest: nothing could top that masterpiece. Yes, this film is not as good as Raiders. It can be shrill and also racist, but man, did it make an impression on me as a kid. A dude’s heart is ripped out! The hole full of insects that Willie has to stick her hand into! The big one for me, though, is the dinner scene. Eyeball soup, monkey brains, live baby snakes and the giant beetles that are devoured like little shellfish. It’s a scene that repeats in my mind over and over again, and I often ponder which of those things I would eat, if told I had to eat one because my life depended on it.
It would probably be the beetles, with butter. LOTS of butter.

The kitchen is odd for its coziness; real medieval kitchens were large and airy for all the vital, greasy work they did, and few examples survive just for the fact that they had a tendency, despite their controlled use of fire, for burning to the ground. Skyhold’s kitchen instead inhabits the idea of a kitchen: warm, friendly, overfilled with food; it’s a place to hide away, lit by the glow of the hearth, and listen to the chatter of the servants as they complain about the cook’s temper. It’s as much a fantasy as the elves and dragons, though one that persists in our daily imaginations.

Successful world building isn’t just delineating nations and naming cities from an authorial throne; human moments mean the most, and Dragon Age understands how that involves food. Thedas is filled with regional foods, intense in its detail, specific in its cultures. There are wines from the vineyards in Tevinter and Orlais. Dalish elves make butter from halla milk and gather elfroot for their meals. The spindleweed plant, found in every game, is used as a seasoning for a healthful, if bitter, soup; it “grows best for the sorrowful”. Even Andraste, it is said, was refreshed by a crisp apple from a Ghislain orchard on her Exalted March. Each piece of lore adds color, texture, and taste to a world we are meant to inhabit. Each piece says so much about climate, politics, and trade. The history of food is the history of ourselves. 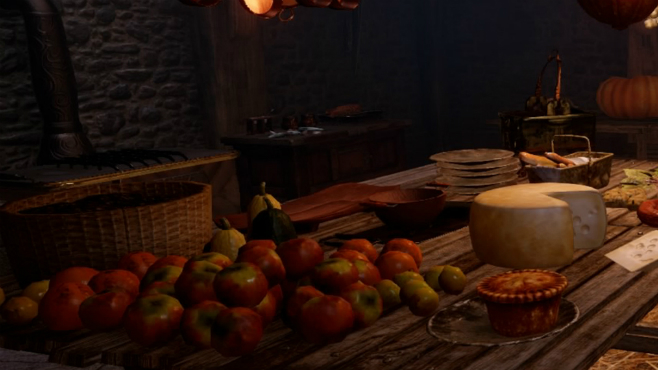 Casual Dining, by Megan Condis
Megan is analyzing the hardcore and the casual via Cook, Serve, Delicious, self described as “one of the few hardcore restaurant sims in existence.”

But is it really hardcore? It is hard, that I will grant, but so are casual games staples like Diner Dash, Cooking Fever, and Cake Mania (all 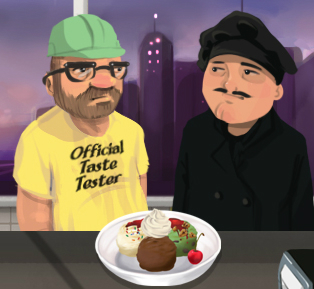 of which feature game mechanics quite similar to those of Cook, Serve, Delicious).

Juul, [author of A Casual Revolution: Reinventing Video Games and Their Players] concludes that the division between the hardcore gamer and the casual gamer is less about their capacity to play well and more about how they identify (or not) with the gaming subculture. Hardcore gamers think of themselves as subcultural insiders. The gaming industry markets to these kinds of players by playing up their imagined “elite” status and their difference from (and, it is implied, their superiority to) “mainstream” casual players and non-gamers.


Crafting a Recipe, by Logan Ludwig
Logan is feeling better with some guided freedom.

Stardew Valley has been my most recent obsession with in-game crafting. It’s a game that’s doesn’t have much in the way of a “win” condition, but is still simple enough to have a clearly defined set of systems for the player to engage with. Unlike Minecraft, where the experience is seemingly endless and up to the player to define, Stardew Valley is a game that’s focused on two goals, make money and make friends.

My true quest in the game, though, is to cook every recipe in my kitchen. It’s a challenge to do so for a variety of reasons, one of which is that the recipes themselves need to be discovered. You can watch the in-game cooking channel for some of the recipes, but these updates are infrequent. The most efficient way to discover new recipes is through friends. It’s an elegant bit of design, fusing the game’s characters and structure into one giant feedback loop. By making friends with the townsfolk you expand your options, by expanding your options you are granted access to new culinary possibilities.

You’ve been reading an excerpt from Unwinnable Monthly Issue 79.