Loki himself, – the supposed God of Mischief and Slayer of Balder the Brave or Scion of Frost Giants, depending on whether you were educated by ancient Viking texts or more recent Marvel movies – took one look at my 7-year-old daughter, beamed and handed over his prized white chocolate chip cookie.

Actually, it was Tom Hiddleston during one of the four interviews I had with him over the past seven months, showing how the villain of The Avengers is actually one of the nicest guys in the movie industry here on Midgard. Because of babysitting issues, I had to take my daughter with me to the War Horse junket where I was scheduled to interview Hiddleston; not only did he not complain, he lavished her with attention and kindness.

Without a great villain to prove themselves against, heroes are just a bunch of weirdos in spandex tights.

He topped himself at the red carpet screening of the film that closed the Tribeca Film Festival a few weekends ago; spotting my daughter in the crowd, he came over, shook her hand and said, “Hey, darling, it’s nice to see you.”

By the time the opening credits rolled, she was cheering and clapping for Loki every time he went up against that no-good Captain America and Thor.

And that is one of the main reasons why The Avengers turned out so well, much like the other entries into the pantheon of great super hero and sci-fi and fantasy films: because without a great villain to prove themselves against, the heroes are just a bunch of weirdos in spandex tights.

“I used to love the bad guys as a kid,” Hiddleston says. “I was captivated by Jack Nicholson as the Joker and even not in comic book films, when Alan Richman played Hans Gruber in Die Hard. I mean, that’s one of cinema’s greatest villains right there. James Mason used to play great bad guys. And if you look in recent years, Heath Ledger’s absolutely game-changing performance in The Dark Knight. It was enormous inspiration for me, because he took it so seriously…it was a sort of call to arms.”

During production on Thor, in between takes, Hiddleston would pick the brain of his co-star, Sir Anthony Hopkins, about what ingredients aside from liver and fava beans went into his Academy Award-winning performance as Hannibal Lecter in Silence of the Lambs. 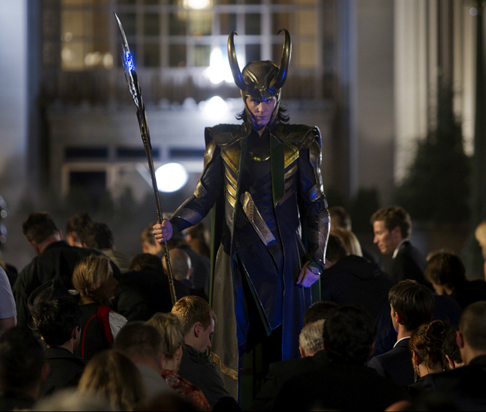 “He was saying it’s fascinating because people need some kind of catharsis when they go to the movies,” says Hiddleston of their conversations. “They want to see darkness excavated and explored in a way that in their own lives is terrifying…They need to dig around in the kind of darker truths of human nature. It makes it easier, you can sit in a dark room with a group of people and watch an actor go to those places and then the lights go up and you can live your happy, contented lives.”

I loved the bad guys as a kid, too.

On the playground in the late ‘70s, while the other kindergartners were tripping all over themselves to play Luke Skywalker or Han Solo, I was always Darth Vader, ready to chase around the poor girl who got stuck being Princess Leia. Fortunately, I was blissfully ignorant of what a lame Sith-head Darth Vader would turn out to be in the prequels.

What is it about villains that draw us to them? Most of us, with the possible exception of Unwinnable’s Don Becker, will never even think about plotting to take over the Earth with the backing of an alien army. Yet, most of us probably do relate on some level to Loki’s desperate need to find somewhere he belongs after growing up in his perfect brother Thor’s shadow.

“He’s really a misunderstood, kind of lonely, lost, damaged child,” says Hiddleston. “Here’s the thing a wise man once said, ‘The opposite of love is not hate, its indifference.’ And Loki is not indifferent to Thor. He hates him. And in order to hate someone, you must still, therefore, love them. So I think there is, somewhere down the line, the possibility of redemption for him, because he is just in real need of self-esteem.”

Has Captain America ever made a wrong decision on a moral dilemma? I know I have. I know Stu Horvath probably has made six or seven within the last hour.

The best villains aren’t the one-dimensional evil monsters that haunt low-budget horror movies, they’re somewhat sympathetic – like Luke Goss’ Prince Nuada from Hellboy 2 or Sir Ian McKellan’s (and Michael Fassbender’s) Magneto, both just fighting to save their kind from extinction.

Villains, the good ones, are also thieves. They steal center stage with the best one-liners, the best costumes, and the best laid plans (at least until they are disrupted in the third act by some weirdo in tight spandex). They are also marauders, chewing through scenery like Galactus goes through planets. 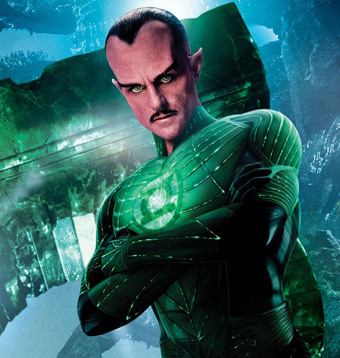 Or as Dolph Lundgren, who played a crazed cyborg that wore a necklace of severed ears in Universal Soldier, recently put it to Unwinnable: “Mostly the protagonist reacts and the antagonist takes the initiative, so you can be more bold in your choices. Which makes it more fun.”

Mark Strong, who has played the hero’s nemesis in Green Lantern, Robin Hood, Kick-Ass, John Carter and Sherlock Holmes, says the key to playing a believable one is that the bad guy is never bad as far as he or she is concerned. There has to be an internal justification to what they do, even if society at large doesn’t condone their behavior. Sinestro puts on that yellow ring at the end of Green Lantern out of a desire to protect the universe, misguided as he is.

“Yeah, you need a personal connection, I mean if he’s feeling betrayal, sadness, anger, fear, any of those things, I have to draw on my own experience of those,” he told reporters during a set visit to Green Lantern. “Personally, I have a weird predilection and I enjoy playing those kinds of parts.”

Nice guys like Strong and Hiddleston, who would give away his last cookie to a stranger’s kid, enjoy playing villains because they see something human in them – even if they’re aliens and demigods.

Besides, there’s something so cool about getting to punch the smug hero in the mouth.

“There’s a scene…where you see Loki throw Tony Stark out of the window and on that day, I remember I had to remind myself – I had the privilege of throwing Robert Downey Jr. out of a window,” he says. “So, it’s pinch-me moments all the way.”

His Name Is Sinestro