Defiant Development’s Ski Safari is the latest in the get-as-far-as-you-can-by-pressing-only-a-single-button-before-you-die genre (personally, I prefer the term ‘Canabaltesque’) that is so at home on the iPhone. The player must maneuver the skiing protagonist down the snowy slopes of a mountain, avoiding obstacles and doing tricks while staying ahead of an ever-encroaching avalanche.

The various animals running away from the impending white doom can also be harnessed as PETA-unapproved vehicles to quicken your descent.

One cannot deny the many parallels between it and fellow Brisbane outfit Halfbrick Studio’s stellar 2011 release, Jetpack Joyride. Each asks the player to get as far as possible through simple, single-touch interactions. Each deploys similar, sterile-yet-lively cartoon visuals. Each uses a hybrid achievements-cum-leveling-up system. Yet for all its similarities and clear influences, Ski Safari is far from a clone. It has taken many of Jetpack Joyride’s features and crafted a unique, worthy experience in its own right while also strengthening and bolstering a young genre.

Where Ski Safari most resembles Jetpack Joyride is its leveling-up system. Just like Jetpack Joyride, various in-game challenges reward stars that go towards leveling-up your character, allowing different animals to be used from the start of the game and increasing your maximum possible score multiplier. A copied mechanic, perhaps, but a welcome one. Jetpack Joyride’s system successfully took extrinsic ‘achievements’ and integrated them with gameplay, giving actual rewards for their fulfillment. Seeing that used in other games is certainly welcomed.

Yet, the actual rewards, less so. Having to play/work to unlock a better score multiplier feels like having to play a shooter for ten hours simply to unlock a better weapon. The thrill of completing a 500,000 point game was soured by the fact that I did so with a maximum 8x multiplier, and but only for a lack of completed achievements, that score could’ve been much higher if I had the 12x multiplier already unlocked.

The rest of the similarities between the games are far less explicit. Whereas Jetpack Joyride is about making a daring (and futile) escape from a secret laboratory, Ski Safari is about (futilely) attempting to outrun an avalanche. It’s an interesting inversion of the goal where you aren’t trying to get as far as possible without making a mistake but trying to stay ahead of the wall of snow that is ever getting closer behind you, much like the Tiny Wings bird is ever trying to stay ahead of sunset.

The focus, then, is not on simply surviving so much as it is on speed. As you ski down the mountain slopes, speed boosts (and score multipliers) are rewarded for a variety of stunts and tricks, putting you that slight bit further ahead of the avalanche, while a mistimed backflip or unseen rock might nosedive you into the snow, wasting precious seconds.

The various animals also running away from the impending white doom can also be harnessed as PETA-unapproved vehicles to quicken your descent, each coming with its own strengths and weaknesses and nuances in control. 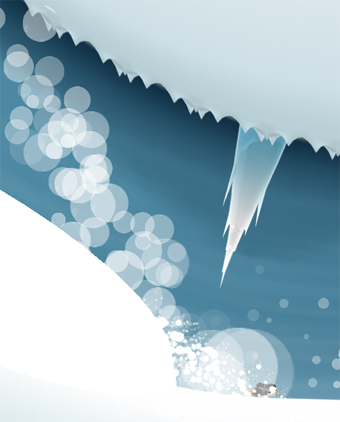 While the pleasure of Jetpack Joyride comes mostly from staying alive for as long as possible, then, Ski Safari is all about what you do while you are alive. The game recognizes a surprisingly vast array of different tricks from a simple backflip to grinding a yeti across a cloud. It’s simply each trick’s name and point bonus appearing in the top right of the screen, but having the game acknowledge all your crazy moves is certainly satisfying. Not least of all when you swoop down a rocket-boosting eagle to fly right through a log cabin (“threading the eagle”, the professionals call it).

Though, as the whole game is based on running away from something, Ski Safari suffers the same drawback as Tiny Wings, where often how good you feel you are doing can be completely disproportionate to how poorly you are actually doing. Remember in Tiny Wings, before it got patched, no matter how well you were doing the sun always set while you were on Island 6? It was like your own skill didn’t matter because that difficulty wall was always there to stop you.

Ski Safari suffers in a similar way. You can be having what you think is your best ski run yet, but then you land a quadruple-backflip off the end of an eagle flight only to have the avalanche crush you a second later. While a growing, flashing warning sign lets you know when the avalanche is close, there is no accurate way of knowing just how well you are doing in relation to the snow until it is nearly too late.

In a game like Jetpack Joyride, it always feels like your fault when you die – you know exactly what you did wrong. In a game where the thing that will kill you is always behind you and you are never quite aware of its exact proximity, it is easy to feel cheated when it finally catches up to you.

It is a setback, to be sure, but not a game-breaking one. Before your inevitable (and often untimely) demise, the intricacies of interaction possible with that one button press are nearly unprecedented. With a simple press to jump and a longer press to perform a backwards flip, falls can also be tweaked to line up better landings, to keep up speed, or to get a ‘re-entry’ rocket boost if you fall on just the right angle.

It is constantly and regularly surprising me how every Canabaltesque since Canabalt can be so similar in vision yet feel so remarkably different in execution. Canabalt, Tiny Wings, Whale Trail, Jetpack Joyride, and now Ski Safari each do so much with so little. More importantly, they do such a different ‘so much’ with the same ‘so little’.

It goes to show that the problem of “game cloning” isn’t always as black and white as it seems. Much can be gained from building off the foundations and ideas of a previous game to springboard something new and innovative. Sometimes, what initially seems like a proliferation of game clones might just be the birth of a new genre.

Such a genre was birthed with Canabalt and grew into maturity with Jetpack Joyride. Ski Safari, then, is perhaps the first of the second generation of this new genre, more a child of Jetpack Joyride and a grandchild of Canabalt. Ski Safari’s similarities and overlaps with previous games are undeniable, but so too are its unique contributions. Ski Safari is an innovative and fresh game in its own right that could not exist without the genre conventions laid down by its forebears.

Brendan Keogh will be tweeting from the slopes @BRKeogh.