Unwinnable’s George Collazo sits down with Darren Korb, sound designer and overall musical architect of the smash indie hit Bastion, and talks about the audio end of videogames and his upcoming musical, Marry Me!

Unwinnable: Among all the jobs there are in creating videogames, I think that sound designer is one of those that is most often misunderstood. Could you tell me what a sound designer does and why his role is integral to the creation of a videogame?

The sound designer is someone who decides what all those sounds are going to be and in my case generates the sounds and integrates them into the game. And I was also responsible for mixing and things like that as well.

Unwinnable: So the sound designer also does soundtracks?

Darren: The soundtrack isn’t always in the purview of the sound designer. In my case, I’m also the audio director and the composer. I do all that stuff. But someone who is exclusively a sound designer just does sound effects. 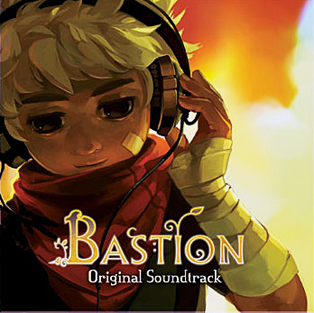 Unwinnable: So you have a lot of hats?

Darren: I wear many hats, yes.

Unwinnable: How does it feel to have your first commercially released project, Bastion, be applauded in almost every review I’ve read for its sound work?

Darren: It’s kind of shocking. I had a lot of fun on the project. I really liked what everyone was doing and I really liked what I was doing and we all thought it was cool. But it’s really hard to predict when something is well received – it’s kind of a surprise. I’ve worked on stuff in the past that I thought was great but nobody really cared about it when it was available. So the fact that

it’s been well received is surprising and feels great and I’m really happy that so many people are finding things they like about it.

Unwinnable: You played every instrument on the soundtrack, and you also mixed and engineered it? Did you do it all from a home studio?

Darren: Yes, I did. The music is equal parts live and loop and sample stuff. And there are midi instruments. So yeah, I performed all the live instruments and the rest of it I programmed and arranged. It’s all from my bedroom closet pretty much. [Laughs]

Unwinnable: Describe your influences and how you came up with the style of acoustic frontier trip-hop?

Darren: It’s interesting. Musically, I listen to a lot of stuff getting ready for this and in general trying to pull from stuff I already knew when I started working on the music. I think some big influences on me when I first started were Jeff Buckley, some of the more acoustic Led Zeppelin and some old blues as well.

As far as the acoustic frontier trip-hop style, that came from trying to do something in the game that I hadn’t really heard before. I wanted to play against expectations or play against what I had heard in games a lot, which I felt was some combination of electronic, orchestral and rock. In either exclusively or in some combination, I wanted to do something that had elements of some of that kind of work but wasn’t any of those things.

So that was part of the way I arrived at acoustic frontier trip-hop. And also it was to achieve a tone that we were trying to get across, something that was kind of frontiersy, gritty and exotic all at the same time and something that you couldn’t place in a time period necessarily. I wanted to make it old and modern at the same time.

Unwinnable: How influenced were you by the art style of the game?

Darren: That was interesting when I first started making the music. I actually got involved with the project right at the beginning, and there was no art at all. There were just scanned-in monsters from D&D books. (laughs) For awhile, I was working with no art, just a little grey dude with a hammer, mudmen and all sorts of ridiculous D&D monsters. Eventually, Jen Zee came on board, and I started looking at what she was doing and allowing it to influence what I was going to do next.

Later in the project, when we had a new tile set and got to the frontiersy section of the game, Jen would work up this thing called a “postage stamp,” which was like one image that had a lot of different elements from that world on it – to give a sense of what it was going to feel like. And so before I was going to make the pieces for that world I would look at her postage stamp and allow that to influence how I think the music should feel.