Cities are alive.
They have an energy.
They move. They breathe.
They have a pulse.
There is a pace to every city.
Every city has a beat.
You find it in the cycling traffic lights and the pedestrian’s stride.
You hear it in the industrial rumble of idle trucks and hydraulic buses.
You measure it in wind shifts and rush hours.
You play along, reading city blocks and subway stops like sheet music.
The city keeps time and the tempo is perpetual.
It may accelerate or slow with the street lights’ humming glow, but it never stops.
Cities never sleep.

Cities are alive. It’s a curious thought, and it seems to be an especially difficult and obtuse concept for videogames to grasp sometimes. As a result, they can wind up feeling uninspired, false, too perfect or too barren, but handled in the right way, with a sense of self-awareness, games can use this knowledge to their advantage depending on their approach to building a virtual habitat.

There are a few different ways in which videogames can confront this challenge. They can ignore it, treating the environment as more of a set piece. Unburdening itself from notions of accuracy or realism might help a videogame bolster its visual and mechanical aesthetics, as in the Escherian villages of Fez or the ethereal tile-scapes of Bastion. Additionally, it might serve to emphasize character development similar to the way a play enriches its story through the intimacy of the stage. The ominously mapped Party Camp of Dragon Age: Origins, as well as Dragon Age 2’s oddly disembodied and claustrophobic city of Kirkwall, come to mind as examples favoring this method, with varying degrees of success.

Alternately, games may embrace realism, building domains that are as elaborate as is technologically possible. Taking this route typically propels the environment to the foreground, often overshadowing even a game’s protagonist as the main character of its universe. The lush and sprawling kingdom of Skyrim pulls this off exceptionally well. While not exactly an urban environment, Skyrim’s settlements still epitomize the spirit of the city with their seemingly infinite stimuli. By providing the player endless opportunities to engage their surroundings, it effectively extends the narrative far beyond the story driven by any of the numerous humanoid characters encountered throughout the game.

Likewise, Grand Theft Auto IV’s satirical ode to the American dream is articulated through the mundane routines of Liberty City’s bustling population. The sheer number of moving parts chugging along as the player navigates a near-perfect knockoff of New York City (and nearby New Jersey) makes anything feel possible. As much as the audience may empathize with Niko and his personal struggles, it is the city with which they maintain the closest relationship.

Yet, possibly the most intriguing approach is taken by videogames that seem to recognize their inherent manufactured quality and look for ways to exploit it. Instead of trying to hide the seams in their construction, these games celebrate their limitations by patterning the entire design on the premise that videogames are, in fact, not real, no matter how lifelike they may look and feel. It’s strange to think that a game’s “fakeness” can be used as a tool for authenticity, but sometimes this level of honesty permeates every facet of a game, doing just that. Perhaps no game setting in recent history has embodied this type of postmodern ideology more successfully than the dreamy streets of Driver: San Francisco.

If GTAIV’s Liberty City is the city that never sleeps, Driver’s San Francisco is the city that never wakes up. The game begins as playable character Detective John Tanner falls into a coma after a run-in with criminal arch-nemesis, Jericho, leaves him the victim of a terrible car wreck. This event provides an overarching context for the entire narrative, which is experienced through a sequence of Tanner’s comatose dreams. While they may be based on their real-life counterparts, every street, building, character, vehicle and conversation encountered on this journey is merely a figment of Tanner’s imagination. Not only does this premise alleviate the need to provide an overtly realistic representation of San Francisco, it discourages it because the relationship between realism and surrealism is inversely proportional. Simply put, the less real the city is, the more dream-like it becomes.

For example, the sun never sets on John Tanner’s San Francisco. Like a dream, the setting is devoid of any sense of time. It has no cycle, no rhythm. As the story unfolds, events occur sequentially, but the city itself is frozen in perpetual daylight. Perhaps this is the result of the harsh, fluorescent light beaming down on Tanner’s body, invading his dreams as he lies unconscious in a hospital bed. At first, the persistent brightness seems contrary to the noir tones of Tanner’s investigation. After all, this is a crime story, and crime stories tend to thrive in the dark. But the longer the player basks in the city’s unrelenting rays, the more unnerving they become. The city’s oversaturation becomes a diabolical reminder of the brutal truth lurking behind an otherwise affable setting. This is not reality. In reality, John Tanner is holding on by a thread. 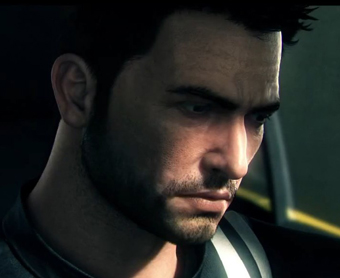 The city is designed to constantly remind the player, as well as Tanner, of this fact. Everything, from the diamond-cut buildings of its flawless skyline to the empty parking meters lining its mirror-slick streets, gives a nod of confirmation. It’s all too pretty, too perfect and too navigable to be real (anyone who has spent an hour searching for street parking in the real downtown SF can certainly attest to this fact).

There’s also no ambient dialogue. Since you control Tanner exclusively from the driver’s seat, there are no opportunities for conversation that John is not a part of. It’s uncomfortable and isolating, like watching a band play a sold-out rock show only to discover there is no sound coming out of their amps. The population exists to tell John’s story, not their own, and their actions back this up as well. As a man of the law, barreling over a curb at 60+ mph into a sea of pedestrians yields no fatalities, injuries, or consequences for Tanner. The people of San Francisco always manage to scramble out of harm’s way just in the nick of time. They don’t die because they can’t die. None of them are real. They are nothing more than projections in a dream and props in a game.

These small and seemingly insignificant observations accumulate into a nagging sense of wrongness – a gut feeling that something is off – further entrenching Tanner in the authenticity of his dream world. At one point John wonders, “Is it the city that’s gone crazy, or just me?” As these feelings grow stronger, the more lucid he becomes. The more lucid he becomes, the more empowered Tanner is because he can take advantage of the fact that he is in a dream. The city has always been wrong, but it’s only when Tanner comes to terms with its falseness that it feels right.

It’s similar to lucid dreaming in real life. If, in the middle of a dream, one realizes they are dreaming, it’s possible to kind of sit back and say, “Hey, if this is a dream then I should be able to fly, right?” and proceed to soar through the air like a superhero discovering their powers for the first time. In the dream world, self-awareness is power. If videogames’ virtual cities are a conception of this dream world, then it makes sense that self-awareness could be used as a tool with which to empower the player.

By recognizing their limitations, games like Driver: San Francisco have the opportunity to be forthright and honest with the player. Perhaps we don’t actually want to feel the gravel under our tires as we struggle to root ourselves in the fiction of our universe. Perhaps we are all John Tanner coping with a lifeless city, and it is only when we embrace the fake plastic streets of our subconscious that we succeed in making those dreams a reality.

Jay Pullman drops in and out of reality on Twitter @JayPullman.