The Dark Knight Rises hype saturation point has yet to be reached, but things are already becoming groan-worthy here at Unwinnable.

Today the first pictures of Anne Hathaway as Catwoman hit the ‘nerd – and it has the nerds talking.

The picture, first seen by Team Unwinnable in an article posted on our favorite news outlet, Us Magazine, depicts a leather-clad Hathaway riding along on a motorcycle (presumably purchased on liquidation from Wayne Enterprises – where Bane snagged the pair of Tumblers he was standing on). The picture does not fill us with confidence. 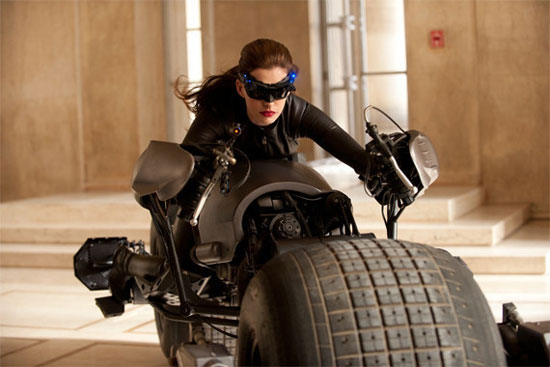 There isn’t an immense shadow hovering over Hathaway, which could be a good thing for her. The Catwoman character, nailed by Michelle Pfeiffer in 1992’s Batman Returns, the last recognized (read: respected) portrayal, likely doesn’t resonate much with younger viewers. If successful, she can easily own the character for years to come. What is an issue, though, is the standard the franchise has set for itself. Every character has transcended itself, and based on what was seen today, Hathaway remains a question mark.

In other DKR news, a photo first published by Badass Digest and later on Blastr may have revealed that Marion Cotillard is indeed Talia al Ghul, and not simply Miranda Tate. The rumor was perhaps substantiated by chatter that Liam Neeson was preparing to join the set for a cameo appearance reprising Ra’s al Ghul. Josh Pence is playing a young Ra’s. 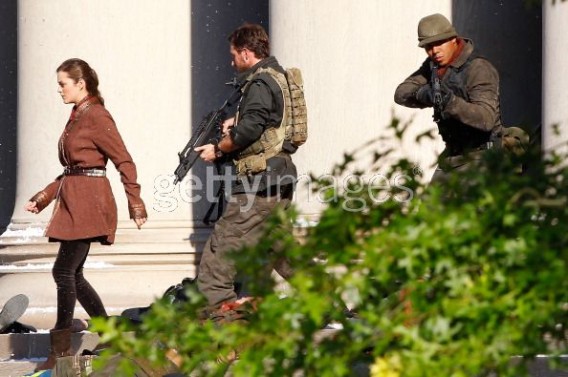 What do you, Dear Reader, think of Catwoman? Share your first impression with Peter on Twitter @peterlangcrime

Hey Guys! Look at that Poster!

If You Hype It, They Will Come: The Dark Knight Rises Teaser Released