Ever since I was a small boy, I’ve had a peculiar obsession.

I know that is an intriguing first sentence and you’re instantly titillated, but I’m afraid you’re going to be disappointed. You see, my obsession is statistics. Did I suck you in only to lose you completely two seconds later? Well, I won’t apologize. You shouldn’t be so easily titillated. In fact, it’s a little disgusting to be visiting Unwinnable to get your rocks off fantasizing about the obsessions of small boys. Okay, this article has already gotten away from me. Let’s start over.

So, statistics. I’ve always been a big fan. As a kid, baseball was my favorite sport, which naturally led me to discover the complex and satisfying world of stats. That’s short for statistics, by the way. I can call them that because we’re so close. You might want to stick with calling them statistics until you get to know them a little better. But sports stats are not my only source of numerical enjoyment. I love all stats. I check the box office numbers and television ratings each week to see what the kids are watching, I live for factoids on any given subject and the census is like a nerdy Christmas that comes just once a decade to make it extra special. One of my favorite moments playing videogames was when I discovered that Grand Theft Auto was keeping meticulous stats for me on matters I didn’t even realize I cared about until I saw the stat. Thank God someone was keeping track of my longest wheelie. I chatted with Stu about this topic the other day:

Me: I realized recently that the main point in sports games for me is really record compiling. I’ve always been a stats nerd and I just like playing games to try and compile great stats.

Stu: Oh God, that just sounds like no fun to me.

Me: That’s probably my nerdiest videogames thing I think.

Stu: But (cough) it might make a great piece…

So, here we are! Right in the middle of that great piece Stu so subtly set in motion. How exciting for us! Stats = Excitement. 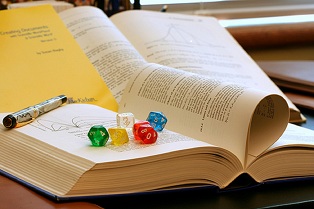 Stu might not think I’m any fun, but sports games allow me to revel in a preoccupation that began years ago. As a kid, my family would go down the shore every summer to Bayville, NJ. It was horribly boring at times. I learned to keep score of baseball and I would watch the games each night, scoring every play. Then later I would look through my score book, tabulating Don Mattingly’s batting average and cross-checking it with the newspaper. This was before the Internet, when people had to search for facts and newspapers mattered.

My love of baseball led to my love of stats. Baseball is the most historically minded American sport, lovingly celebrating its major statistical achievements. The numbers are like lyrics to a familiar song—they come to you without effort or thought. Ted Williams’ batting average in 1941 was .406—he was the last player to hit above .400. Joe DiMaggio’s consecutive games hitting streak, also achieved in 1941, was 56. Roger Maris’ single season home runs record (61) was broken by the Thing in 1998 and later broken by the Incredible Hulk in 2001.

Wait, my salaried fact-checker has just informed me those are not the correct names. Oh, well, you can’t be correct 100% of the time. I remember there was controversy involved. Fun stat for you: I am correct about things 84% of the time. See! Stats can be fun even when they are made up on the spot.

When I was 12, my statistical tendencies caused me to keep track of my own Little League team. I kept score throughout the games and taught others to keep score when I was at bat or on the bases. At the end of the season I calculated everyone’s stats, printed them out and distributed them to the rest of my team. You know, for fun. The team loved it because it was exactly the sort of thing they expected me to do. You don’t get a nickname like ‘The Professor’ when you’re a kid without working for it.

I know I’m being a little facetious here, but statistics are not merely a bunch of numbers strung together.* Statistics tell a story. They give context to the world around us. They form the backbone of our opinions, our plans and our pie charts. When I have an understanding of the statistics surrounding a topic, I feel grounded. I feel like I have control over at least one goddamn thing in my life. For me, stats serve a function similar to the professional sports they represent. They’re like mile markers in time. I can tie my own experiences and memories to these universal, objective stats.

And now, my obsession with stats plays a major role in my videogame playing habits. I am a fairly casual gamer. I don’t even know if that’s what I should call playing videogames or if it makes me sound like a total douche. I play the biggies for a little while when they come out—your L.A. Noire, your Assassinses Creeds—but I don’t always finish them. That doesn’t make me a bad person. The rest of my gaming is devoted to the sport of the season; so much of my year is spent playing a baseball video game. As I mentioned in my chat with Stu, it struck me recently that the main reason I play is to compile statistics. I want to have the player with the highest batting average, or the most home runs or the most strikeouts. This hit me very suddenly as I was trying to navigate through menus of a game to see players stats. I was frustrated.

Based on my dirty, dirty stats love, a major factor for whether or not I’ll enjoy any sports game is how it presents statistics. I want clean, easily navigated menus. I yearn for stat sheets that have all of the major categories displayed with not too many or too few players listed on one page. I want the option of moving stat columns around so I can place different stats beside one another. I want a simple way to break out a select group of players’ stats for comparison as well. I’ll stop before I bore you as I, myself, am exhausted with the sentence I am now typing. Suffice to say, I have yet to find a sports game that has truly pleased me with its stats presentation. Football games tend to do better than baseball games, which is surprising considering how important stats are to baseball. Most games fill too much of the screen with graphics. No thank you. Give me more columns and rows of glorious numbers.

Oh, well. I don’t need video games to fulfill my thirst for stats. It would just be nice if sports games did a better job of presenting the numbers behind the game.

* I am fully aware that, technically speaking, statistics are in fact nothing more than a bunch of numbers strung together. Give me a break. Don’t be such buzzkill, maybe. People would like you more.

The Witness is a Videogame Sans Politics, for Good or Ill
Previous Post