Being old and cheap, I was considering going to a matinee of Super 8 last Saturday and trying to think of other movies about amateur filmmakers. I was trying to recall the plot to Tapeheads as I walked into the courtyard of my apartment complex and caught a small group of people taping a scene for what appeared to be a student project. A young dude with a clipboard was instructing a couple to walk down the path towards my front steps while a camera operator behind him was fiddling with a tripod. This sight took me back to my high school days of taping horrible comedy skits with my friends. But, more importantly, it was a sure sign that I was destined to hit that matinee!

So I went, and I had fun! Maybe not as much fun as those kids making a movie in front of my apartment, but still! Super 8 is a revival of a mostly-dead genre I’ll call the “kiddie ensemble adventure.” The style thrived in the mid-’80s with movies like The Goonies, Explorers and Stand By Me (the Goodfellas of the genre), and then more or less disappeared in the ’90s. It’s hard to pinpoint what exactly killed off this type of movie, though I think a lot of critics were left with a bitter taste in their mouth after The Wizard exploited the Stand By Me formula to promote Super Mario Bros. 3. 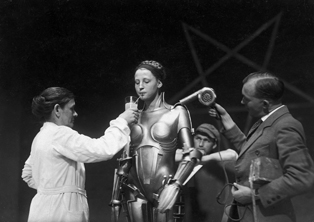 A worthy cause, in my opinion, but I guess it is sort of crass. Someone smarter than I could write an essay about how Home Alone presaged the solipsistic “alternative” youth culture of the ’90s, and maybe touch on the fact that around that time kids started spending more time alone playing video games instead of having adventures out in the wilderness. Have at it, smarties!

At any rate, Super 8 is pure candy for anyone with fond memories of those ’80s kiddie adventures, and for geeks like myself who fetishize that late-’70s design aesthetic. The movie’s ragtag gang of tween protagonists dwells in an obsessively detailed retro landscape where the clothes, cars and product packaging all look period-perfect. It’s Mad Men for the glam-rock era. The movie has an inviting atmosphere, thanks in part to the scenery and mellow ’70s vibe, but also thanks to a cast of characters you’d want to have along for an adventure.

The main character, Joe Lamb, is reminiscent of Wil Wheaton’s Stand By Me protagonist: a sweet kid who has endured a family tragedy and could maybe use an opportunity to prove himself, or at least escape from his depressing home life. His crew includes a very economical character that serves as a stand-in for both Mouth and Chunk from The Goonies, a little pyromaniac who serves as the demolition expert and

a soulful, precocious girl from the neighborhood whose own troubled home life is intertwined with Joe’s. When the kids get together to make a movie, eat at a burger joint or run from explosions, the dialogue is often funny and raunchy.

One thing the movie does really well is convey how fun it is to make a movie with your friends. The cast and crew of the indie zombie movie that’s in production throughout the Super 8 narrative take the project very seriously, because they must. Even when shit starts going down all around them, the kids remain focused on their movie, utilizing the military vehicles that roll through their town as background scenery. Well, of course!

Super 8 is a revival of a mostly-dead genre I’ll call the “kiddie ensemble adventure.”

It’s going to be easy for me to respect the filmmakers’ wishes and keep the movie’s central conflict secret, because to me it’s the least interesting part of the film. Don’t get me wrong, there are some very well-executed action sequences in the third act, but something about these scenes feels a bit rote. If you plan on seeing the movie, by all means try to keep yourself spoiler-free, but don’t burn too many calories wondering about the mysterious threat these kids are up against because your first guess will probably be correct. Yeah, they do wind up doing something a little different with the concept, but you’re definitely not going to be blown away by anything that’s revealed.

But then, this movie didn’t need any plot twists to hold my interest. I’m not sure it could’ve done as well at the box office if the movie didn’t incorporate explosions and intrigue, but I, for one, would’ve loved to see this movie stray from the Goonies formula and instead follow in the footsteps of the aforementioned John Cusack/Tim Robbins comedy Tapeheads or the Adult Swim cartoon Home Movies—to keep the focus on the kids and their movie. In and of itself, that storyline contains plenty of drama and comedy, and the final product, played during the closing credits, is very entertaining.

I suppose you could argue that a movie about kids making a movie would be too niche, but that could have a certain appeal that dovetails nicely with the movie’s Atari-era aesthetic. In those pre-CGI days of giant sets and animatronic monsters, little glimpses behind the scenes were often as impressive as the finished product that hit theaters. If you doubt this, just watch the behind-the-scenes featurettes for the Indiana Jones Trilogy (from back when it was a trilogy) and marvel at the giant altar built for Temple of Doom, or watch some behind-the-scenes footage from The Dark Crystal. You’ll see artifacts from what is truly a bygone era—hell, even Super 8 relies on CGI opticals!