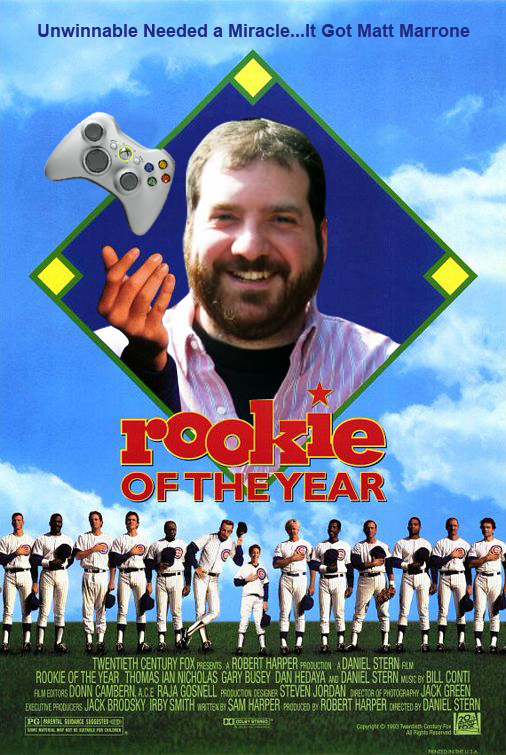 The following is the second in a series of journal entries chronicling the author’s descent into next-gen gaming degeneracy — from getting his first television in years to trying to figure out why the @$@”$)@ you need two goddamn directional pads just to walk down a fucking hallway.

On Saturday, I nearly burned my brand new apartment to the ground.

As a newbie next-gen gamer in his very infancy, I assumed playing a quick round of Gears of War was not only possible, but perfectly rational to attempt with a pot of soup boiling on the stove.

“I’ll play for five minutes,” I told myself, “then eat a yummy bowl of Progresso Chicken Noodle soup, which will be waiting for me piping hot in the kitchen.”

Rookie of the Year Lesson of the Week: At least if you’re me, you cannot cook and play apocalyptic first-person shooters at the same time.

In other words, to call Gears of War “engrossing” would be like calling what was left of my soup “medium rare.”

Which leads me to … 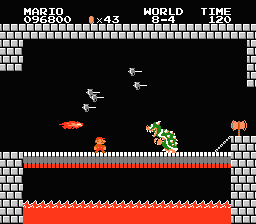 Rookie of the Year Capitulation of the Week: Why the @$@”$)@ do you need two goddamn directional pads just to walk down a fucking hallway? Because it’s awesome, that’s why.

Now it’s true that in a Super Mario-style platformer it would have been much easier to escape Gears of War’s first boss, a blind Berserker you need to lead outside so you can shoot him with a badass satellite-powered ray gun, but who tears you to shreds immediately if he hears or smells you. Still, though, crouching behind a pillar and lining up your shot using what seems like every button on the controller really puts you inside the action in a way that sneaking past Bowser never could.

Like any boss, modern or old-school, beating Bowser took patience, and more than one attempt. I didn’t count how many times Berserker tore off my torso before I finally got him outside, but let’s just say it took me the amount of time it would take for a dozen bowls of soup to explode on my stove.

(I think we just invented a Rookie of the Year rating system. The M’m! M’m! Good! Difficulty Scale, if you will, from Soup-er Simple to Stew-pid Hard or even Positively Gruel-ing.)

The first time I managed to blow up all the right doors, keep myself and my computer-controlled cohort alive, and reach the courtyard unscathed — after failing to do so, time and time again — I felt a sense of achievement rivaled only by actually doing something real. Then I sat there, readied my shot, and waited for him to emerge. And waited. And waited. 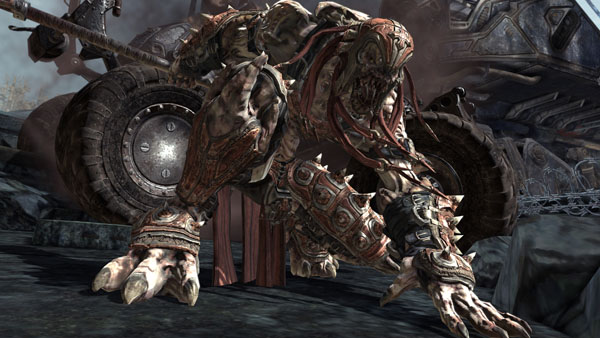 Slowly, I walked back into the building, making short, deliberate movements, expecting him to come crashing through the room at any moment. But there was no sign of him, not past the outer door or the first inner door. Not until I found him three doors down, racing furiously in place, face-first into a pillar that refused to yield.

That’s right, readers, my first time outrunning the Berserker came thanks to a glitch in the game.

I had no choice but to throw myself at him and let him decapitate me.

And then, and only then, did I notice my soup.

Matt Marrone hopes his landlords aren’t reading this. But if they are, he implores them to remember the Easter candy he shared with them the next day — and he promises he’s learned his lesson. Follow him on Twitter @thebigm.

Gears of War, Rookie of the Year, Super Mario

Feature, Games, Rookie of the Year

Rookie of the Year: The Newlywed Game