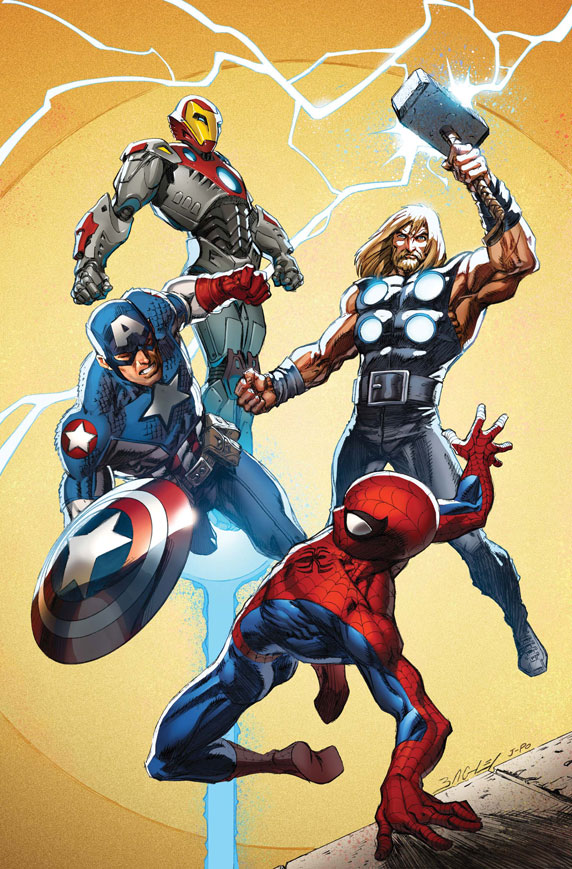 I really wanted to feel something for Peter by the end of this issue because if you’ve seen the comic stands and happened to glance at Avengers vs. New Ultimates #3 (reviewed below), then you already know what happens to Spider-Man. I don’t need to spoil it because Marvel did a good enough job of that on their own.

I thought that when I found out how Spidey got injured, I’d feel a pang of fear, or sadness, or anxiety, or… something. Instead, I felt cheated. When Batman: Knightfall took place, Bane wore Batman down by unleashing Arkahm’s inmates on Gotham. By the time Bane and Bruce fought, Bruce was sick, weakened and barely in any condition to take on a juiced-up freak. This is a similar story. Bendis has released the Sinister Six: Green Goblin, Doctor Octopus, Electro, Sandman, Kraven, the Vulture – and their crazy-ass leader, Norman Osborne, is bent on Spider-Man’s demise. But it’s going to be a Spider-Man that is already beaten, so where’s the challenge in that?

I understand that Bendis is trying to tug at our heart-strings by pitting a weakened 15 year-old against a gang of super-powered villains, but I thought Spider-Man would go out like Superman did – fighting with the last of his energy to save the city, or to save his loved ones, or even to save himself. But if he’s already almost dead, the leap to the inevitable isn’t as steep – and neither is the emotional impact.

I’m not saying I don’t love Ultimate Spider-Man. I’m also not saying I didn’t enjoy the issue, because I did. The interaction between Norman and his cohorts is the backbone of the story. Doctor Octopus is reminiscent of Sam Raimi’s Doc Ock, a genius scientist who went too far and in the end tries to redeem himself. We see that same grasp for redemption in Otto as his last taste of being a scientist (as shown in Ultimate Doom) was more than enough to keep him from trying to kill Peter. (Doc Ock goes too far though, claiming he and Osborne made Peter. Norman doesn’t like this too much and there’s a kick-ass Dock Ock/Green Goblin throw down.)

I will be sad if this is the end of Ultimate Spider-Man because why should Bendis ruin it for everyone else? If he doesn’t want to write it anymore, why kill off the character instead of allowing someone else to take over? Ultimate Spider-Man has been Marvel’s cash cow since it started. In this case, it would be better off to let that cow live than turn it into hamburger. 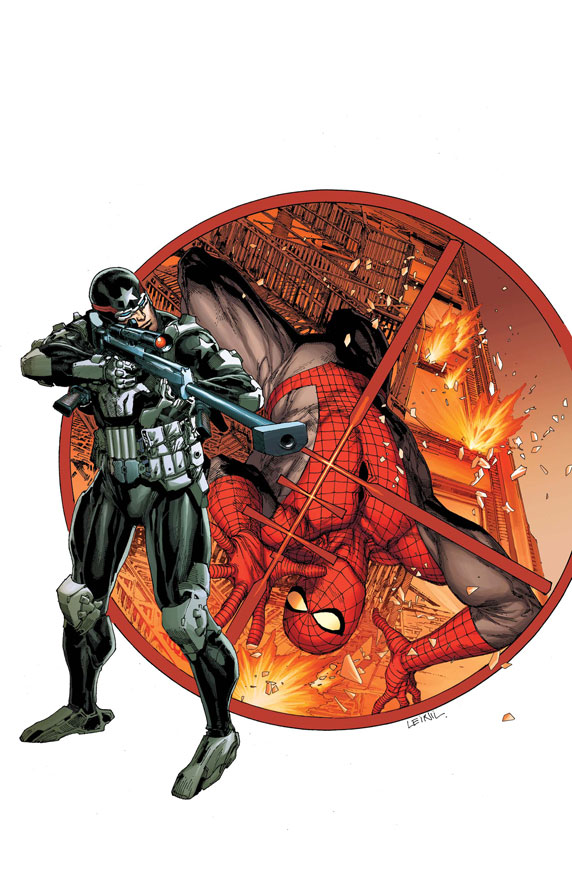 Bad move, Marvel, putting that image on the cover. You ruined not one, but two books at the same time. I knew what the last page was going to look like in both issues, and the incident was carried out poorly. Peter could have been injured at some point during the story, but to build up to what was, in the end, a paltry conclusion seems like a waste of resources.

I have to backtrack a moment here. Millar wrote the awesome series Ultimates 1 and Ultimates 2. Unfortunately, he came back with Ultimate Avengers, which was, in my opinion, a steaming pile of horseshit. The second series lacked both Lenil Yu’s incredible art, and Millar’s better story telling. So when I picked up Avengers vs. New Ultimates, I wasn’t expecting much.

The story isn’t great – it’s about Nick Fury getting a team together to combat his former S.H.I.E.L.D. team which is now under the direction of Carol Danvers – but at least I can see why Millar wasted his time on the previous Ultimates titles. The story is Millar’s usual fodder: massive government conspiracies, character deceptions, explosions, murder, mayhem, and . . . Spider-Man? I think Marvel shoe-horned Millar into linking his series to Ultimate Spider-Man because Bendis’s story doesn’t fit with Millar’s. There’s an attempt at cross-connection, but it is weak. So while I think this series had promise, it was swallowed by the almighty Marvel dollar. Make the death of Spider-Man an “event” and sell more comics. Blurgh.

I’ve heard Mark Millar compared to Michael Bay, and I don’t think this is a compliment. Bay is all flash, no substance. Millar can be chock full of substance – when he wants to be. Lately though, his writing has been atrocious. And maybe I see why – he sells comics, but he’s constantly behind on his issues. How do you fix that? Give him stringent deadlines. And then what happens? Ultimate Avengers, folks. You get Ultimate Avengers. 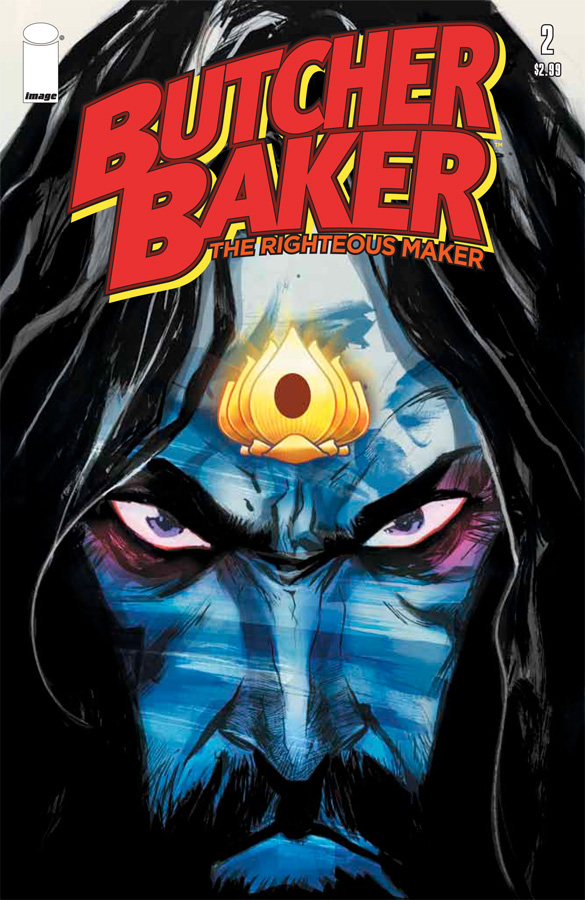 I enjoyed the first issue of Butch Baker, but more for shock than anything else. Issue two is a massive improvement. This time, we’re treated to Butcher Baker’s enemies – the ones who survived his rampage through a high security super-villain prison. There’s a Smokey and the Bandit thing going on between Butcher and a sheriff, but while those interactions are funny, they’re nowhere near as entertaining as Butcher’s villains: Jihad Jones, Sushi, White Lightning, Abominable Snowman and Angerhead. Not to mention a mysterious floating being called The Absolutely – a very large woman with a penis.

I thought Butcher Baker was going to be a silly read. But this issue proves there’s a lot more to Joe Casey than initially encountered. Granted, this is still a story that’s trying to be a comic story, so there are characters that mimic super villains of other series and a conflict that hinges on a man who never makes mistakes making a mistake. But it’s an entertaining story nonetheless. So if you’re tired of reading the same stuff, check out Butcher Baker. It’s colorful, entertaining, and full of swear words. And has a giant floating hermaphrodite. Can’t really say you see that every day.