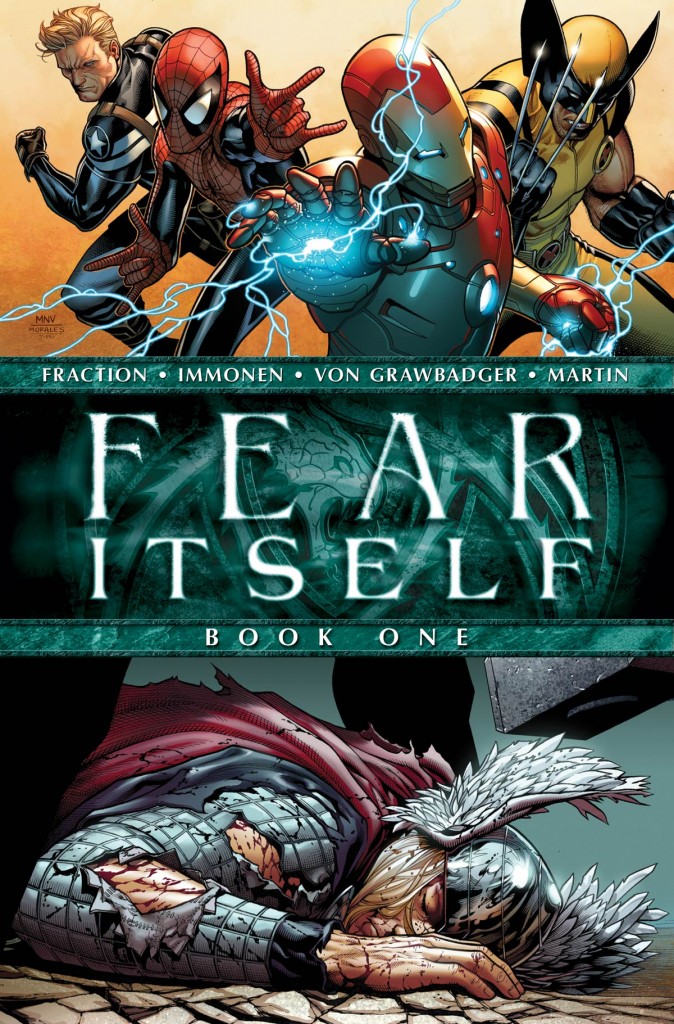 I’m tired of event comics. I know I’ve praised Brightest Day, but I feel like our big comic companies feel the need to put out a new “event” every two years. Now, it’s Fear Itself, a seven part series that deals with the Norse gods leaving Earth after the All-Father is released from the Marianis Trench.

There are things to like about this series – Immonen’s art, for one, as well as awesome throw down between Thor and his father. But there’s also a lot to question. Like, why didn’t Marvel promote this more? If this is meant to be such a big deal as to involve the Avengers, why does it seem to be a self-contained story. Most Marvel readers know it is isn’t – there have been promos for the ripple effect of Fear Itself across the Marvel universe, such as New York City being overrun with spider people. And while I like the idea of the gods leaving Earth, this happened already during Civil War. Everyone thought Thor was dead, Reed Richards cloned him and ended up inadvertently causing Goliath’s death, and in the end, Thor was returned in a new form, in a new area, under J. Michael Straczynski’s penmanship (in a fine Thor series, I might add). So while Fear Itself ends on a what is meant to be a climactic note, I feel like nothing climactic really happened. And, I feel like regardless of the outcome, things will turn back to normal eventually, if not immediately. (Do I need to remind people of the Spider-Man retcon after Civil War?)

But the comic isn’t bad either. I like Matt Fraction’s pacing, his ease with characters, and his character interactions. He seems to have a good handle on the Avengers, and that doesn’t seem like an easy task. So while I think I’ll dish out the $3.99 for this seven issue series, I don’t think, in the end, it will be memorable. 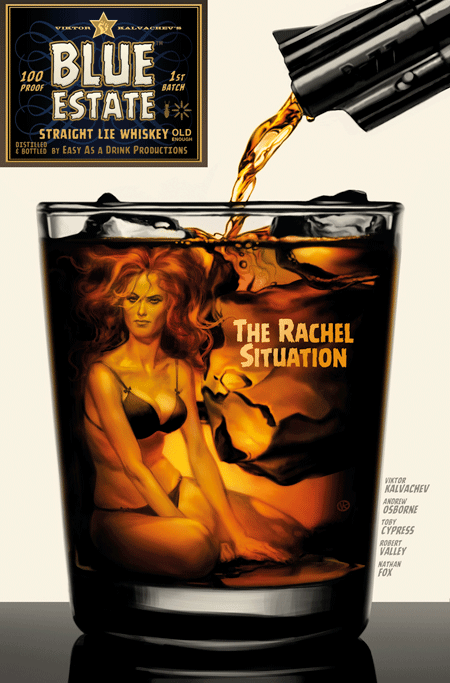 I’m a sucker for noir books. And I’m a sucker for bourbon. So seeing a woman in her bra and panties, immersed in a bourbon glass being filled by the snub nose of a .38 pistol, is enough to get my attention.

The Rachel Situation isn’t anything new in terms of a crime drama. It outright parodies Law & Order and Steven Seagal, interweaving drugs, Hollywood’s underbelly and an out of luck private eye all in some scandal involving the mafia and some hidden items stowed away in gym bags. It sounds like the beginning of a Coen brothers movie, and it seems like it could be a convoluted story. But if you like crime drama, quirky characters, and hot redheads in lingerie, I’m sure you’ll like The Rachel Situation.

I’m intrigued only because of what it has to offer in terms of its secrets and its mystery, so I’ll be reading to see what happens. But I wouldn’t fault you for passing on this comic, especially if none of the items I mentioned interests you in the least bit. 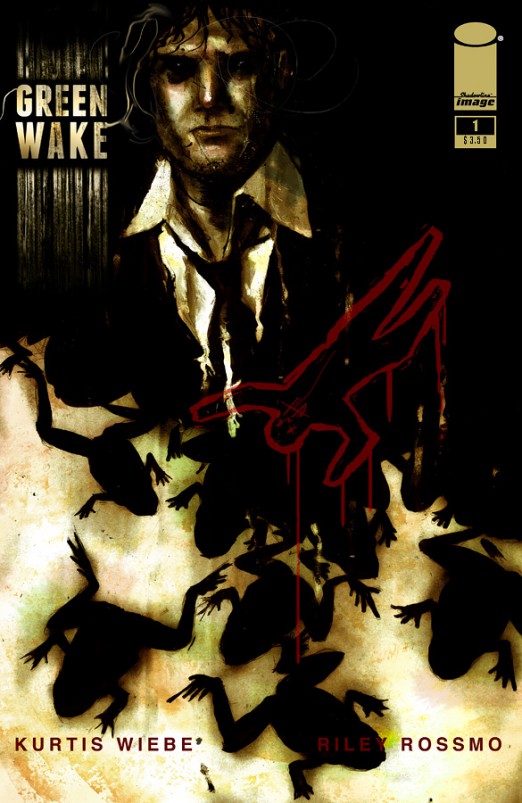 Riley Rossmo does some great work in crafting an eerie world that is unsettling to look at in terms of its jagged lines, asymmetrical boundaries, and its greenish hue. Visually, this book conveys all the tones it’s supposed to. I liked Green Wake a lot. Morely is a private eye (I think) who’s found his way to Green Wake, a secluded and bizarre town situated at a seaside that introduces the arrival of its inhabitants through a vibrant flash of lightning and a deafening crack of thunder. Morely is investigating the murder of a well-known shut in, but one in which the man, Hawthorne, had his lips ripped off. This is where Carl enters, and both Morely and his frog-like friend, Krieger, feel Carl’s appearance has something to do with the dead man. What follows is the slow unravelling of an interwoven line of connectivity between Morley and Carl: both men know a woman named Ariel, one whom they both seemed to love and yet still cast aside, Morely more violently than Carl. But Ariel has something to do with the overall story.

I’m a sucker for these kind of mysteries, so I’m immediately captivated by Green Wake. The series is only five issues long, so we should get some answers, and quickly. If they dragged this series out over twelve issues, I might go mad with frustration. The book reminds me, in a way, of J. Michael Straczynski’s Midnight Nation, which centered around societal outcasts who, through lack of attention, disappear from normal earthen existence. Green Wake has the same feel – there’s a larger plot hiding in the shadows, and a mystery that is going to be explained piece by piece. If you’re interested in mysteries at all – and ones that dole their puzzle out in slivers – it will be a nice combination of intrigue and redemption.

Every week Brian Bannen scours the comic stores for the very best of the over-saturated comic book industry to find the gems for you, follow him @Oaser