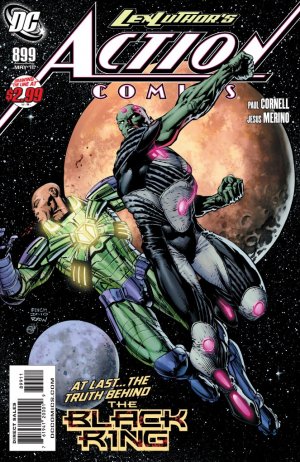 I’ll be damned if Paul Cornell doesn’t write the best Superman stories. We haven’t seen Superman in about nine issues, and I couldn’t be happier. Paul Cornell has made Lex Luthor beyond interesting as a lead character. We know he’s a genius, and we know he’s evil, but Cornell reminds readers that Lex is also ruthless and calculating, and just plain awesome. The story so far has centered around Lex’s attempts to control the power of the black rings introduced in “Blackest Night,” and now that he’s finally figured who led him to the climax of his story, he’s . . . kind of pissed off because he knew who was playing him from the beginning. This issue ties nicely in with the beginning of Cornell’s run and fans of the series are rewarded for sticking through with it. The ending isn’t shocking, per se, but it will make Superman’s return that much more interesting. I refuse to give it away here, so you’ll have to pick up the comic to find out the shit storm that awaits Kal-El when he returns to Metropolis.

I can’t say that I didn’t immediately balk at a Superman story that was going to be without Superman (like I did with Grant Morrison’s Batman and Robin which turned out to be the best thing to happen to Batman since “Knightfall”). Superman, as much as he’s dressed up, is a flat character. There’s not much a writer can do with him. It’s really his supporting cast that makes him interesting, and Cornell takes the most influential Superman character — Lex Luthor — and allows Lex’s ego the space it needs to inflate. The results are funny, cold, dark, and most of all, entertaining. I only hope that Paul Cornell continues to write on Action Comics when Supes returns in issue #900.

Action comics isn’t a great comic, and Superman isn’t a great character. But Paul Cornell is a great writer, and his take on Lex Luthor — and the rest of the Superman universe — is appealing enough to warrant, at least, a cursory glance. Hopefully, you’ll stay for a bit longer once you get settled. 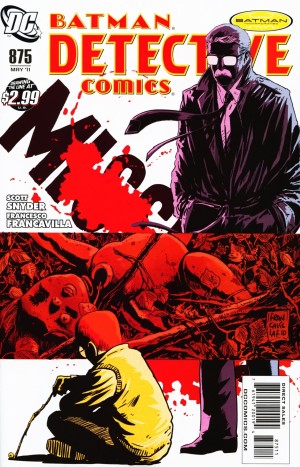 Scott Snyder’s done a great job of writing about the characters around Batman. I loved his two part series about the auction house that sold superhero memorabilia, and the frantic pace with which set the tone. This is different. The last two issues have dealt with the return of Jim Gordon’s psychopathic son, and how that has affected Gordon’s police work. Snyder seems to get the idea that when you want a reader to pay attention the writing, you slow down the visuals, because there are a few pages that are single ideas, but which flow so smoothly from left to the right. Batman isn’t really necessary in this series because the true detective is Jim Gordon, and the mystery is his son’s appearance. Why has his son returned? What about his dark past? How does Jim reconcile all of this? It turns out that we haven’t gotten all of these answers yet, but we’re getting solid story telling.

I like Scott Snyder’s writing. American Vampire is easily one of my favorite series, but I have to admit that I was a little nervous when I read he was going to be writing Batman. It seems like such a daunting task, yet Snyder has no issues getting any character to come to life, and his ability to craft a seamless narrative flow is only echoed by Francesco Francavillia’s perfunctory panel design. Between Paul Cornell’s Lex Luthor and Scott Snyder’s Jim Gordon, I think readers should feel lucky to be able to experience writers who can make a series come to life — even when the main character barely shows up. Check out Detective Comics under Scott Snyder’s tutelage. Batman or not, readers are pulled in a dense world, full of tenacious character development, and powerful self-evaluation. The demons locked inside the Gordon family will be revealed. I think I’m just afraid of what we’ll see. 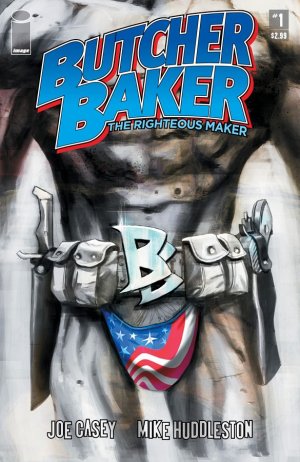 When the cover of a comic shows a bowie knife, a .45, and a large double “B” clasped above a swelled cod piece, a comic reader knows what he’s getting in to. I wasn’t surprised by Butcher Baker: The Righteous Maker. It’s crude, dirty, and overly masculine. Butcher Baker is the kind of character that would pound you for crying — especially if you saw Titianic. In fact, I think he’s pound you if you looked even slightly soft. This comic is everything you think it is — explosive, violent, profanity-laced, and full of naked women. Joe Casey makes no effort to hide his purpose from the start. Five panels in, and the reader is already confronted by a massive golden penis-door handle. And it opens to reveal a room full of drugs, lube, magnum condoms, empty alcohol glasses, naked women, and Butch Baker’s massive mustache. The story seems interesting enough — the government is fed up with paying for supervillains to get three square meals a day in a federal penitentiary specifically built to house Butch Baker’s old enemies. So, they hire him to go in and destroy the prison — and all of the inmates — to save money. As we’re only in the first part of this story, not much about Butch’s past enemies has been revealed, but I think most readers can guess that not everything will go according to plan. But the ride there is going to be a shit-load of fun. The road to hell is not paved with good intentions; it’s paved with Butcher Baker’s unrefined attitude, and contempt for human existence (save his own). If you’re looking for mindless fun, don’t go to a Michael Bay movie. Read Butcher Baker: The Righteous Maker. It only costs $2.99, and your eyes won’t be stained with lens flares and over-panning. Instead, you’ll be emotionally scarred, and hopefully, as entertained as I was.