Given the rapid expansion of technology applied to gaming headsets and stereo equipment in general, one might assume that most game developers in this day and age would have a vested interest in producing the highest quality soundscapes possible. But slap on a pair of Tritton AX 720s and you’ll soon discover deep flaws in sound design that the puny speakers in your flatscreen could never highlight. Although, I guess that also depends on the game at hand. 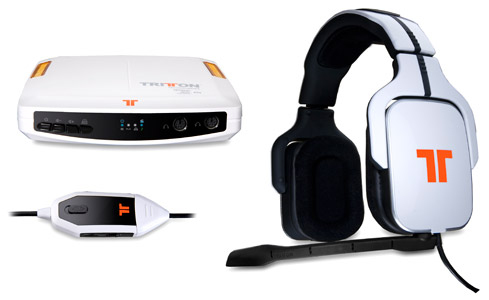 I broke in my 720s with a tour around the latest Dead Space, the design of which—as could be expected from the series—was nearly perfect. The Dolby logic system creates a surround sound environment that could very well save your life (or Isaac Clark’s life, at least), letting you know to a certainty the direction from which you heard that necromorph vomit. Not all games, however, require such innovation, and when it’s applied, the results can be startling.

I was generally impressed with the sound performance of my 720s, and the multitude of connections required to run the damn thing (power to the amp, optical from the amp to the system, sound from the amp to an in-line adjustment joint, in-line to headphones and Xbox Live doohickey form the joint to the controller) actually served the experience of that particular game. Then I put in NHL 11. 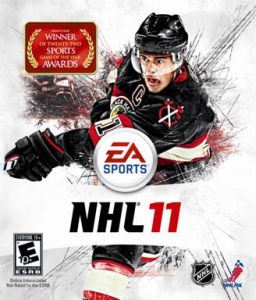 Now, let me be clear. With the exception of a brief experimental period in the 2K realm (I was in college!), EA Sports has always been my go-to for hockey games. NHL 11’s been wonderful, but little to nothing about it sounds good in the Trittons. The mix is altogether flat, but for the whooshing skate-on-ice sound that sits on top of everything, the bass is muddy and formless (to be fair, bass clarity is probably also the 720s weakest point) and the menu movements are tinny and electronic sounding.

But I’m not here simply to disparage NHL 11’s sound design. There are some things wrong with the 720s, too. Like I said, the bass levels are a bit mucky, and there was some significant popping when using the converter to plug into my MacBook and enjoy some music. And when I called the customer support hotline to investigate a little feedback loop issue I was treated like a fool and more or less told where I could stick it for not immediately adoring their product.

That said, the 720s are still performing up to snuff nearly a month on. I’ve had the chance to test the mettle of a few other games with varying successes and disappointments. The bottom line is that the headphones won’t mask the shortcomings of lazy sound design, and if you’re willing to balance that against the thrill of immersing yourself in quality aural engineering, you’ll be rewarded more often than not.

Confessions of a Toy Hunter: Thumbs Up For Toy Fair 2011

Doctor Who Has An MMO? Brilliant!