BBC Worldwide and videogame developer Three Rings announced a partnership today and will release a free MMORPG based on the classic Sci Fi Series, Doctor Who.

Titled Doctor Who: Worlds in Time, players will work with the Doctor and solve all kinds of puzzles and paradoxes. Players will be able socialize in game as well.  BBC and Three Rings expect the game to be released by the end of this year.

Last year, BBC did release some PC games that took place during the current series and written by the show’s writing staff. This however, has much larger possibilities.  It’s the whole of the Doctor Who Universe.  How cool is that?!

So, without further ado, here are the five things I want to be in the game!

Bessie was a roadster the Third Doctor tinkered with and modified during his exile on Earth. It served as the Doctor’s main method of transportation and was a gift from his friend, the Brigadier.

I’d love to see a mini racing game with Bessie, maybe trying to outrun the Master’s old TARDIS (in the shape of an ice cream truck), or maybe a race against the Sea Devils? 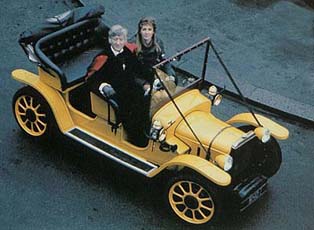 Ever since Captain Jack enigmatically told Gwen Cooper that Torchwood Four was lost, I wanted to know just what the hell he meant about how it was lost and how he hoped they would find it one day. [Editor’s Note: I’d rather be lost than with Captain Jack – at least being missing you have a chance at survival]

I know this is a long shot, but this is just the kind of scenario that would thrive in an adventure/puzzle game environment.

It took all the modern companions and the Metacrisis Doctor to fly the TARDIS properly in Journey’s End.  It would be a lot of fun for a player to pilot her through the Vortex, escaping some kind of dastardly foe. 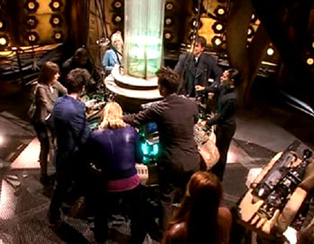 Alternate Universe adventure with the Metacrisis Doctor and Rose

Speaking of Journey’s End, the last time we saw the Metacrisis/Clone Doctor and Rose, they were on the shores of Bad Wolf Bay in the parallel universe. Their time together is largely unchronicled and is a source of much fan fiction and speculation. Perhaps players could cross the Void and wind up adventuring with those two?

Yes, the concept of a Time War is too big for human comprehension, but from Genesis of the Daleks to The End of Time, we’ve seen hints of it.  All I’m asking is that we see a little bit more.  Maybe some of the Eighth Doctor in this outfit?

The Time War is a massive gap in the Doctor’s history. While the series creators keep that era of the Doctor’s life intentionally vague, fans have seen glimpses, so why not give fans a few more?  I mean, who wouldn’t want to unravel the mysteries of the Time War?  That’s a puzzle game in and of itself! 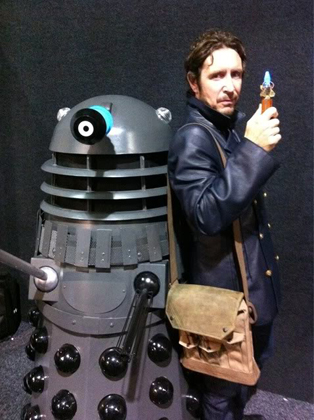 Regardless of whether they include these elements, I can’t wait to get my grubby little mitts on this.  While I’m not an MMORPG guy, the Doctor appeals to my romantic sense of adventure – and the game is free. There’s no reason not to play it, well, short of it being a Cyberman trick…

Doctor Who, Worlds In Time

Tritton AX 720s Are Too Good for Bad Games