For a guy who’s been around since 1939, Batman doesn’t really show his age. He’s got that lantern jaw, he’s the peak of human physical condition and he’s proven himself adept at adapting to any surrounding. Whether selling War Bonds to World War II era American families or skulking in the shadows of an Art Deco Gotham in Batman: The Animated Series, Bruce Wayne and his ever-growing throng of allies and enemies are nothing if not flexible when it comes to the times.Yesterday, Warner Bros. Interactive Entertainment released four new images of their upcoming Batman: Arkham City videogame and yet again, Batman and his supporting cast seem to be adapting just fine! 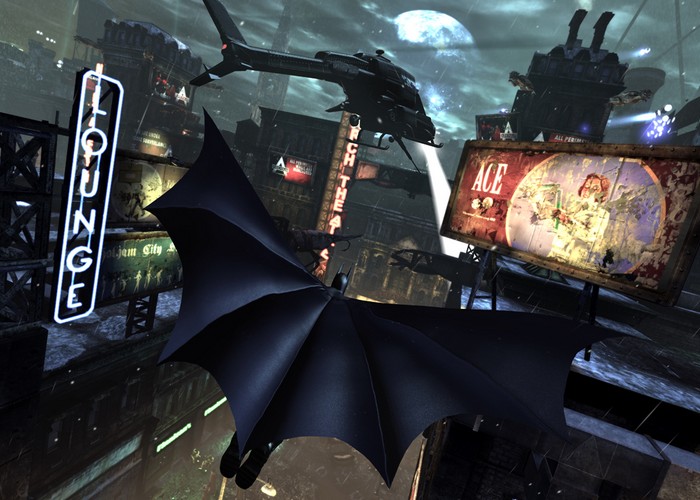 A sequel to 2009’s Batman: Arkham Asylum, Arkham City has the same fresh visual take on the Bat-mythos as its predecessor. Taking place in a walled off section of Gotham City where Batman’s greatest foes are running rampant, the videogame will feature characters and updated designs from the last game as well as some new ones. Paul Dini is back providing the script, so I’m confident that like Arkham Asylum before it, Arkham City will feel like a Batman tale. 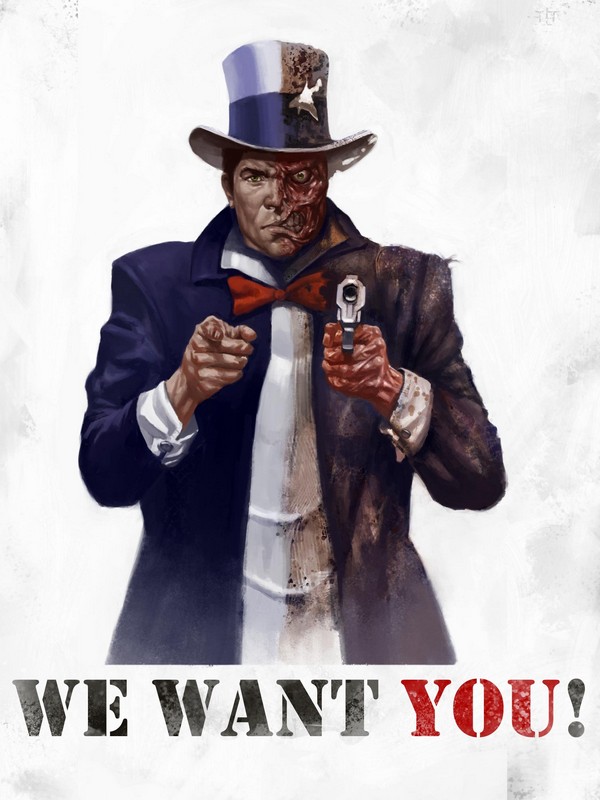 Batman started off as a lone crime fighter, swooping through Gotham and solving mysteries. He had a batarang, a rope and some gas pellets. He mostly fought guys in cheap suits then smoked a pipe with his pal, Commissioner Gordon. As time went on, his allies and enemies got more colorful and their looks, along with Batman’s, would go through sometimes subtle and sometimes drastic changes.

The big thing for me about Arkham Asylum was the character design. Joker and Killer Croc aside, all the villains in the game got major visual work overs. Harley Quinn went from a jester outfit to fishnets and a mini skirt. Bane swapped his unitard for a pair of pants and a more intricate venom apparatus. And then there’s Scarecrow – he played around with his wardrobe and got a Freddy Kruger thing going on. Even though the characters went through some heavy redesigns, they were still undeniably Harley Quinn, Bane and Scarecrow. Arkham City’s developers seem to be taking a similar approach to this game given Harley’s tweaked outfit , that shot of Two Face and previous images of Catwoman.

Another plus for me is that the Joker’s henchmen still look like juggalos and I will take a borderline perverse pleasure in beating the tar out of them. But I digress…

Over the years, Batman has had many different looks. Some were cool, like Neal Adams’ redefining run on the character and others were mind boggling, like Rainbow Suit Batman. That said, even when Batman felt the need to don an orange outfit, people still loved him. That’s the thing about Batman, even though today’s audience want a Dark Knight more than a Caped Crusader, he’s still flexible. Batman can be whatever the audience needs him to be, and so can his enemies.

Ian is going to re-read Batman: Year One now. In the meantime, feel free to follow him on Twitter (@IanGonzales). He will probably say something silly about Flass’ haircut.