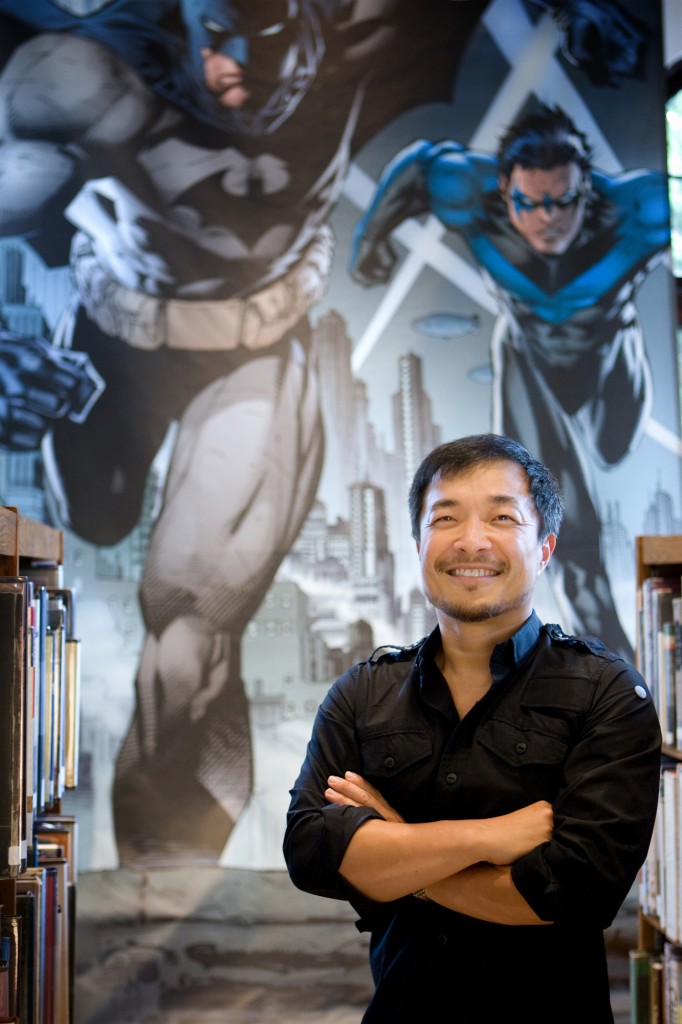 Last week, I spoke to comic book wunderkind Jim Lee about his role in the development of the long-awaited MMO DC Universe Online:

I am the eyes and ears for DC Comics on this project. My job has been to make sure the game best represents the DC Universe and captures the essence of being a superhero—that it looks, feels, and sounds like the DC Universe because there is no manual to the DCU. What we have instead is a humongous catalog of incredible comics filled with stories and characters built up by countless creators over a 75-year period in what is probably the largest collaborative work in history. And that history is essentially in the collective memories of all the current creators working in comics. So it’s my job to take what I think the DC Universe is and make it appear in playable game space.

Check out the rest of the Jim Lee interview on Complex, wherein you will learn just how much work building the digital DCU was, Jim’s history with MMO’s and the story behind his personal DCUO hero.

The Color of Truth is Gray