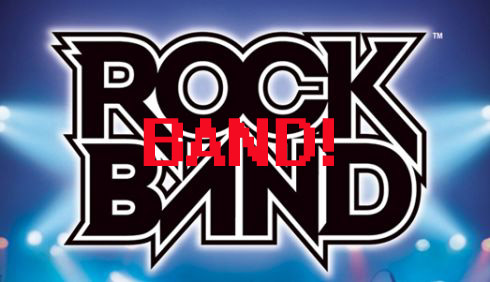 As popular music games such as Power Gig and Guitar Hero are making waves with recent releases, one company decided to go back to the drawing board, re-creating their game for the serious musician. Harmonix Studios has decided to revamp Rock Band – its already addicting style of guitar/drum rhythm game – and really focus on being a whole band. Aptly titled Rock Band: Band, the game will be released later this month with a few new and inspiring changes. Finally gamers can experience what it’s like to actually get off their asses and start a real band. “How we wanted to present the game to our customers is something we think is really special; it’s nothing like you have ever seen or owned before,” says lead designer Dan Bennet. Packaged in a used 1994 Dodge Econoline van, the game will cost approximately $850 including instruments.  To add to the experience, each van is packed as poorly as possible. Bennet explains, “We really didn’t focus on putting the shit in there all nice and organized. To be honest we kinda just threw it in the back and said fuck it.”

The purposeful packaging style enhances the true-to-life experience the game seeks to provide. Missing parts and instruments force the user to ask to borrow equipment from other Rock Band bands. Also slated to return are the famous controllers (this time revamped to resemble real guitars with actual strings instead of the idiot-proof colored buttons of old). The drums still look nothing like drums, and the microphone doesn’t work unless you kinda twist the cable a bit and then it kinda works. 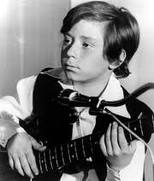 What really sets the game apart from its predecessors like Guitar Hero are the new game modes. “These new modes we worked on are 100% based off real life band situations,” says an excited Bennet. Modes such as “Drunk Mode” cause the game to start late and every song is played way off tempo and wildly out of tune. Still, the band thinks it’s the tightest they have ever sounded! Another new mode making waves around the beta testing rooms is “Coke Mode.” “With this mode we really wanted new bands to experience the crash and fall of an addicted band member slowly destroying himself, his friends, and of course, the band. It’s really exciting.” This new mode will speed up only the “addicted” user’s game to 8X the speed of the actual song. The beauty of this mode is that there is no fail and you pretty much can play whatever you want. “In Coke Mode we really wanted the members to feel and react accordingly to one of their band mates struggling with addiction, all while trying to make it through the Foo Fighters’ “Learn to Fly.” Other exciting modes include “Weed Mode” and the much anticipated “Bro Mode,” which only features songs by Underoath that have “sick breakdowns.”

You won’t have to wait long to simulate a lifestyle that will surely disappoint your parents.  Rock Band: Band will be available at a store near you this December, just in time for the holiday season.

Editors Note: In case you haven’t noticed, today is all about subtext. We at Unwinnable encourage you to laugh.