As you might have already guessed, I love the notion that it was once common practice to have situations in which it becomes impossible to complete a videogame. To add insult to injury, the games in question rarely mentioned that fact to the player, leaving them to lurch around forever in a broken game, not knowing that the only way to succeed was to turn off the game and start from scratch.

Looking back from this current era of narrative-driven gaming, the fact that this was ever considered a good idea boggles my mind. As a simple matter of pleasing the consumer, it is the very definition of counter intuitive. Add that the inner logic of most early text and graphical adventure games was baffling, cruel, and unforgiving at the best of times and it becomes apparent that it was a small miracle that anyone ever finished a videogame in the early 80s. I’m hard pressed to think of any that I beat.

That didn’t stop me from trying, of course. I logged plenty of hours in games like Zork back then (and back last year and, hell, even back last weekend) so maybe there is something to be said for relentless difficulty and the breakdown of reason.

Let’s take a look at the five best unwinnable situations, be they weird, infuriating or just plain amusing. 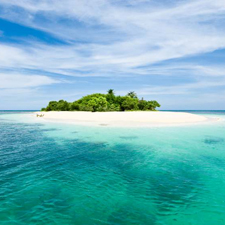 At a certain point in King’s Quest IV, a whale sneezes you out onto a desert island. On that island are the remains of a shipwreck and plenty of sand. What isn’t on the island is any indication that the golden bridle you require to ride the unicorn later in the game is hidden there. There is no mention of the bridle or anything approaching a visual clue.

The only way to get the bridle is to type the command “Look at Ground” while standing on different spots of the island until it appears. Anyone playing the game without a walkthrough is doomed to miss it every time, because no one in their right mind would get to the island and think it was where the magical bridle was hidden.

Thanks Roberta Williams. I really didn’t want to save the kingdom this time anyway. 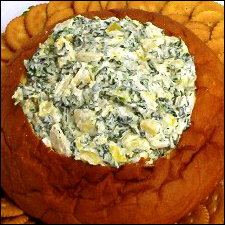 If there is one lesson to be learned from Leisure Suit Larry, it is that the only way to survive ten days at sea in a lifeboat is with soda, sunscreen, a sewing kit, some fruit and a wig. Miss one of these items and Larry is doomed, but honestly, they make such an obvious survival kit it’s hard to believe anyone could doubt their importance. I mean, everyone knows that wigs prevent sunstroke and sewing kits double as fishing rods in a pinch, right? Right?

It there is a second lesson to be learned from Leisure Suit Larry, it is that should you have any spinach dip on your person when you get on a lifeboat, make sure to throw it away immediately. Otherwise, it will kill you. Seriously. 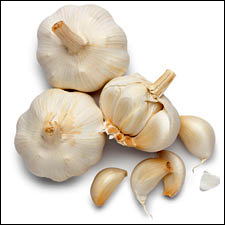 Ah, Zork, the greatest and most vicious example of interactive fiction. I have a special fondness for the Great Underground Empire, despite the fact that it’s authors obviously hate me and never wanted me to play their game in the first place. There are so many ways Zork can kill you or render your quest unwinnable that it hard to not take it personally.

There are more egregious examples, perhaps, but the clove of garlic remains my favorite. Found as part of a sack lunch right in the opening scenes, the game is subtly encouraging you to eat it. If you do, of course, a vampire bat will kill you later in the game. On the other hand, the game is so appreciative of being fed, it’s hard to deny it a snack. 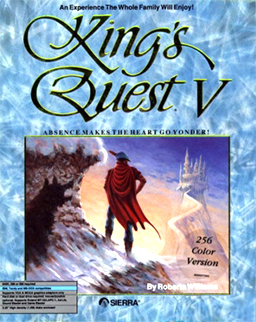 King’s Quest V is Sierra’s monument to sadism in game design. The blue marble cover fills me with loathing like few other games. There are so many ways this game can eff you (not in the endearing, iconic way of Zork – when King’s Quest V effs you, it effs you like a prison sentence), it is hard to pick just one.

When walking to the pie shop (where you can get the delicious dessert from which our logo is derived – for more on that, check out the About section above) a cat will run by chasing a rat. If you don’t throw the boot (found earlier in the desert, but only if you were expressly looking for) at the cat, the rat gets eaten. After that, you may as well restart your game, because if you don’t, you’re just going to die in jail because the only rat in the world that could have helped you escape is in the belly of the cat.

It isn’t that hard to fathom why Sierra doesn’t make games anymore.

1. Hitchhiker’s Guide to the Galaxy 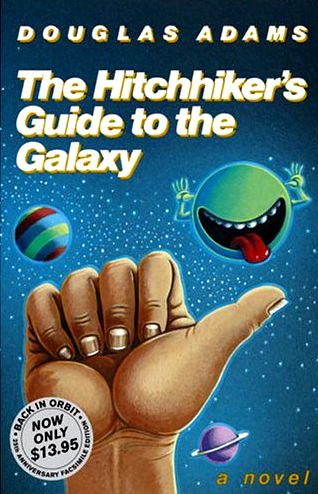 One of the most fiendish and, strangely, beloved of Infocom’s text adventures, The Hitchhiker’s Guide to the Galaxy stands as the most unwinnable of videogames, not because of its devious puzzles, or the fact that Infocom actually made t-shirts to sell to those few who could solve them, but because of the sheer ridiculous scale by which the game quickly slips out of the player’s control.

The game begins in the bathroom of Arthur Dent. Said bathroom contains, among other things, a toothbrush and a screwdriver. Should the player leave the room without those items, the very last puzzle, in which a robot needs tools to fix a space ship, is rendered unsolvable.

Why? Because the toothbrush and screwdriver have been vaporized, along with the entire planet Earth, by an intergalactic construction fleet in order to make way for a new space highway.

And that is beautiful.