Months ago, I received an email from Gus Mastrapa introducing me to Stu Horvath. I hadn’t met Stu before, but Gus said Stu was cranking the engine of a new website called “Unwinnable.” Stu was looking for someone on the industry side of games to write for the site occasionally, and in a compliment I still find myself staggered by, that’s why Gus was putting us in touch.

I told Stu that I was indeed very much interested, but that I was currently up to my nipples in work trying to finish our latest game (more on that soon). I promised that when I reached the other side though, I’d be happy to contribute. I did have the pleasure of meeting Stu a month or so after that first contact at the Game Developers Conference in San Francisco. When he somehow managed to transform a grubby dive bar on the edge of the Tenderloin into probably the best party at GDC (and likely secure that place its most profitable Monday night in its lifetime), I knew I had to find a place on the good ship Unwinnable.

I play games to suffer, or at least live the safe simulacra of suffering.

Now, Mark of the Ninja, the game I was the lead designer on, has been released and I finally have enough cycles to devote to monthly pieces here – but I wasn’t sure what subject to actually begin this foray with. I thought about some things a bit crunchier and more design centric, but ultimately settled on something more unusual. I’m going to talk about faith.

Faith is a weird thing. I’m not a pious person. I don’t seek out comfort or a promise of something better, including in the games I play. As I related to a friend, I play games that provide profoundly negative experiences. I crave games that make me feel suspicious, oppressed, hopeless. Games that involve paranoia, deception, betrayal? The best. I’ve never played games to escape. I play games to suffer, or at least live the safe simulacra of suffering.

I find it weird then that my thoughts have been turning to faith as of late. But I’m finding it unavoidable. I recently watched the first game I designed launch. And not only launch, but launch to basically universal critical acclaim. It was the highest-rated XBLA game of the last two years. I don’t say that to boast. I say that because had you asked me before it launched if it was good, the best I could have mustered was, “I hope so.” 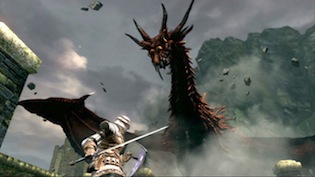 As a creator, you end up having to bank on faith. We don’t have a calculus to predict success, just gut instinct and hope. Design is a wholly intangible domain. You can’t touch a rule. You like to think you’re working from well-grounded principles that will lead to success, but it never actually feels that way. You just have to keep going and have faith that you’re headed in some interesting direction.

The alternative to faith is an almost cynical empiricism. Instead of trusting in your principles, audience and team, you measure every single thing you can to make sure you’re on the right path. Which interface change is better? No need to think about it, just give half of people one version, half the other and see which one they like more. While empiricism is certainly valuable, it’s also very easy to forget that all it can do is find local maxima. It’s not possible to measure what’s good, just what’s better.

It’s probably more than a bit strange for a game designer to make entry to the house of Unwinnable with a harbinger like this. But the truth is, even penning this involves me leaning on, well, hope. Hope that whatever scribblings I render here will be of interest. And more so, that it’ll even merit a place alongside folks like Gus, Jenn Frank, Chris Dahlen, Captain Stu himself and everyone else here. As I’m sure it was the caliber of these folks that drew you here in the first place, it’s a god damned intimidating gallery. 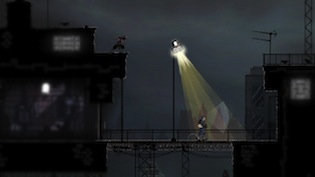 I’m generally quite humble. Someone compliments Ninja and I can usually murmur a “heh, thanks” and a goofy, awkward grin and that’s about it. Hubris ain’t attractive on anyone, but humility in excess isn’t either. And much to the chagrin of my friends and wife, my humility persists still.

A good friend of mine, a voice actor who has done a few small game projects but is otherwise uninvolved with the industry, was kind enough to help out Klei at PAX Prime this past August. We needed more hands, and he hadn’t secured a pass in the scant few hours before they sold out, so he spent most of the weekend at our booth, shilling Mark of the Ninja. And he god damned rocked it. He was utterly indistinguishable from a dev team member and hilariously ended up doing an on-camera interview because no one else was around.

He’d seen tons of people playing Ninja over the weekend, reacting positively to it almost universally. But whenever someone turned to me and asked how I thought the game was doing, all I could do was shrug and hesitantly say, “Well, people seem to like it.” By the weekend, I think he was just about ready to punch me in the crotch for the excess of humility. Maybe it was just because he had appropriate distance from the game, but he gauged everyone’s reactions to be that they loved it. I guess he was right.

I wonder if some of this comes from understanding just how often our minds conspire against us. The problem with gaining greater understanding of how your brain works is that it ruins your ability to be confident in just about anything. Discover confirmation bias? Awesome, enjoy never trusting any opinion you have ever again. Learn about imposter syndrome? Now you can’t even be confident in the fact that you don’t feel confident! 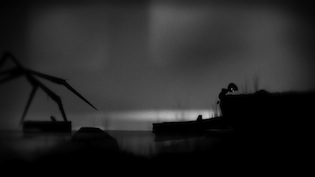 Making games, at least good ones, is an almost total act of faith. Faith in yourself, faith in your team, faith in the audience, faith in your collective ability to transform the barely-playable, wholly uninteresting mess you’re currently looking at into something that will engage people. (I don’t think many folks admit it, but during creation basically all games are really shitty for a really long time. It’s just that the good ones get better.) Frankly, it’s pretty fucking terrifying.

I hope this doesn’t sound dour and anxious, because that’s certainly not how I feel. In some ways, having to rely on faith this way is liberating. Knowing that you can’t be sure means you just have to do your damn best and hope.

If you want to make something new, you can’t rely on past successes to infer the future. You just have to walk up to the precipice, take a deep breath and step off. The act of creation is free fall, wind whipping past your face, seeing the ground rushing to meet you. Thankfully, with Mark of the Ninja, folks caught us.

I’ve found a new precipice here at Unwinnable. At least monthly I’ll be writing about game design, the industry, the true horror of how the sausage is actually made and whatever else might be of interest. It’s an intimidating precipice, but I couldn’t be more excited to step off. I hope I’ll give you all reason to catch me.