This is an excerpt from a feature story from Unwinnable Monthly #155. If you like what you see, grab the magazine for less than ten dollars, or subscribe and get all future magazines for half price. 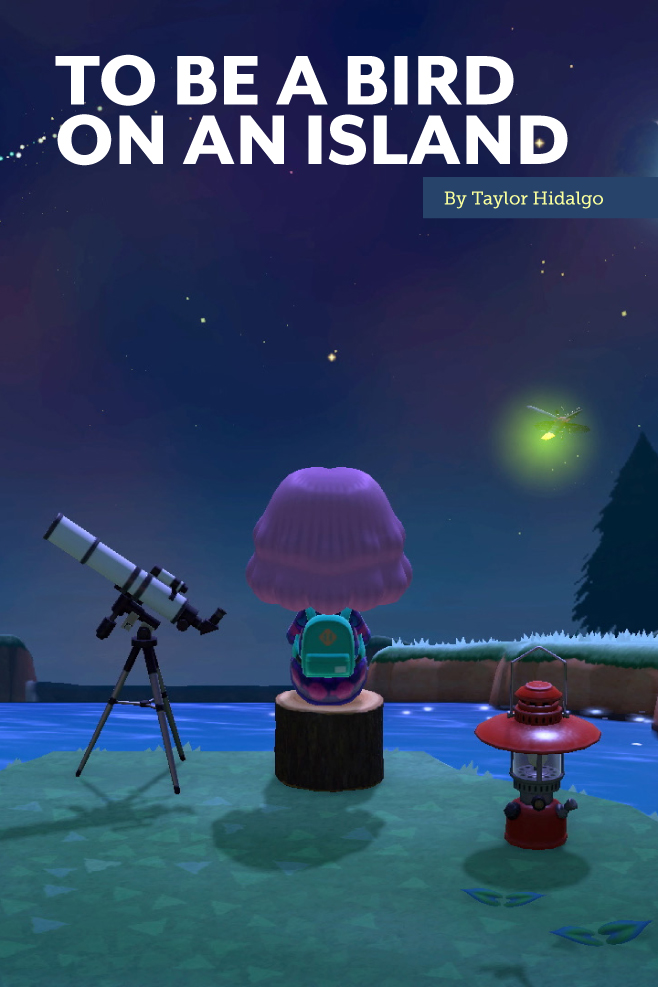 A room can be a very quiet, solitary space.

Sometimes that can be a solace, giving one a bit of insulation from too much stimulus and not enough space. Other times, it’s far too much quiet, dragging the hours beyond their usual length and giving the emptiness a sense of gravity it would otherwise lack. A deafening sort of silence.

Over the past few years of one global pandemic, and a second one growing at the same time, it can be difficult not to feel the weight of the distance as a kind of broken coping mechanism. To see other people as a potential hazard – the very air around them potentially suspect, the touch of their skin carrying a risk. Over time, many have become more indifferent to the spread of the disease, the hard edges of security practices and isolation have eroded, but the risk hasn’t really gone away.

Which isn’t to imply that everyone is a walking biohazard, exactly, but that it’s become impossible not to be at least passingly aware of the potential dangers. Constantly feeling the sense of low volume unease. At least, that’s how it’s felt to me.

Living under an eternal haze of anxiety, too aware of the background radiation, has made the past few years very difficult for me. Seeing risks everywhere one chooses to look isn’t something the mind is equipped to handle, much less endure for several years. I’ve found it hard not to start feeling myself close off, to chase the emptiness and isolation of a single room, divorced from most contact and far removed from feeling crowded in a mostly empty store. 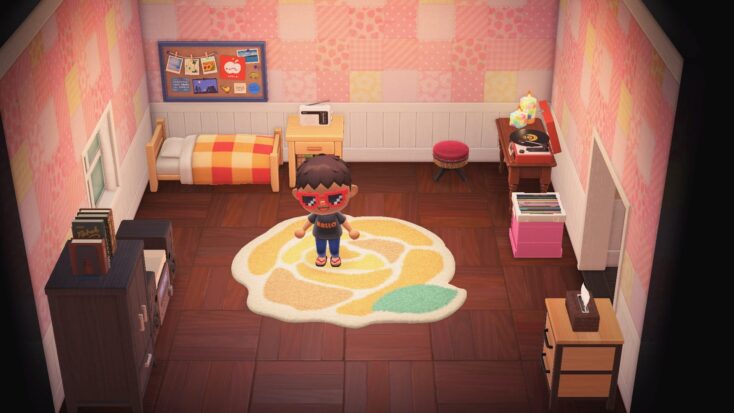 Sadly, I know it’s gotten to me. That people have started to be characterized first by their habits and risks, and then by who they are and what they do. That spending so much time in my own space has eaten away at thoughtless kindnesses and human interest that used to be so reflexive. It’s neither their fault nor mine, humans need to practice things in order to keep them present and sharp, but I still know that some of the things I used to be have been taken away by the looming specter of a world that made its very air dangerous with almost no warning.

Like many, I turned to videogames to help me find some echoes of human connection that the long distances and disquieting risks have taken away. Grand adventures on horseback through fantasy landscapes and universe-sprawling sci-fi are excellent distractions, but one of the games that has resonated with me the most in these times has been Animal Crossing New Horizon.

Part of it has undoubtedly been the comfort of a warm, charming island full of bright colors and low-stakes conflicts. In a world where everything feels like it has a risk, going to a space almost entirely devoid of conflict or concern is such a breath of fresh air. A space where the highest stakes one faces is where to put furniture. It’s hard to find anything much more comfortable than traveling around the island, talking to the residents, getting errands done at a leisurely pace and having more than enough time to settle down on the beach to watch the waves for a few uninterrupted minutes.

The villagers make for a similarly cheery space. Almost without exception, they’re very happy to see you. They perk up when they notice you wandering by, and sometimes stop what they’re doing to canter over and share some little piece of good news, or ask your opinion on their outfit, or give you an old carpet they found while cleaning out their attic. It doesn’t really matter what it is, they’re just happy to see you, and not at all shy about communicating their happiness. 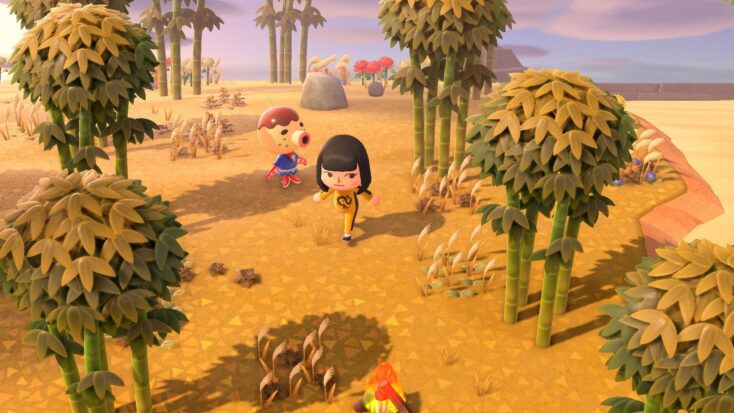 There are always more errands you can run, shops you can visit, fish you can catch or fruit you can pick. There’s never a lack of things to do, given sufficient motivation to find them, so the island has plenty of reasons to stick around. So you can bid your animal residents a brief goodbye if you have other tasks on your plate, and they’re more than happy to wave goodbye and get to their own business, whatever it happens to be.

But it doesn’t matter how busy you are, or how little time you have for them, they’ll always be happily waiting for the next opportunity to wave at your from across the way, take a break from their group exercise class, or pause their mid-afternoon song to greet you, answer a question about a lost notebook and share some passing words about their day.

Even when the mayor they’re greeting has been virtually absent for the better part of a year, they hold back any desire to argue or press the issue. They’ll comment that it’s been a while, but that’s as far as the topic goes. Whether or not they’d seen their mayor the day before or not since the previous year, they let it be water under the bridge, and they share what they’d been up to that day with exactly the same exuberance and energy. Long overdue or just a few minutes prior, the villagers embrace the joy of the human experience, at least as much as an anthropomorphic penguin could.

It is charming, and in the depths of the much lonelier world, almost overwhelmingly so. 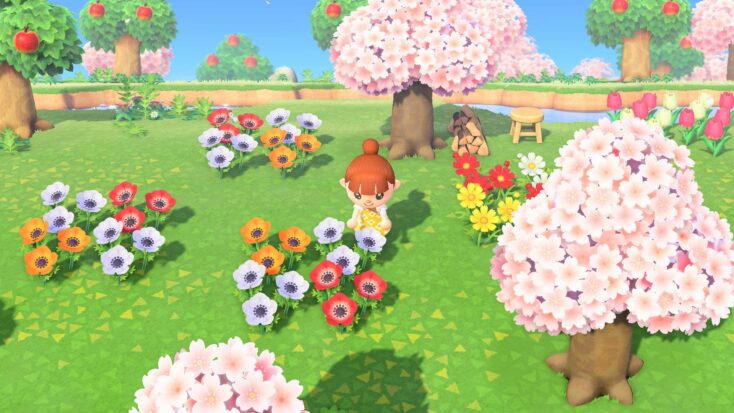 I had forgotten what it was like to drink so deeply from the well of simple kindnesses. It’s such a little thing, to suddenly be met with an old nickname that had been long forgotten, to return in that moment alongside a brief story about a bug that flew away while trying to capture it under a jar. Yet here it is, present in the form of extremely friendly, chubby little animals sauntering their way across a tropical island, on their way to sit at an outdoor patio table and eat an orange they picked on the road. Uncritically, and almost unconditionally, kind.

Without meaning to, Nintendo has made something of perfect rubric for a mid-pandemic role model. That despite slogging through tired and defensive times, there’s an easy example for how to rediscover some of the simple pleasantries that I’ve lost practice with. How to let go of some of the weight of expectation, and engage with warm thoughts and shared experiences not just uncritically, but jubilantly! A reminder of how to embrace the day, even if that day happens to be rainy. Or full of bugs. Or more crowded than you expected.

For the villagers, even when conditions aren’t the best, or they’ve been left on their own for a length of time, they’re never far from a little slice of happiness. No matter how little a slice it is, they’re also always happy to share.

Taylor Hidalgo is a freelance writer, editor, and enthusiast. The hope with this and all articles is to make words people like, friends with those people, and enough to keep writing. You can be friends on Twitter @NukeLassic, and find more of their words on their site.

You’ve been reading an excerpt from Unwinnable Monthly Issue 155.

So Why Even Do It At All?