This is a feature story from Unwinnable Monthly #146. If you like what you see, grab the magazine for less than ten dollars, or subscribe and get all future magazines for half price. 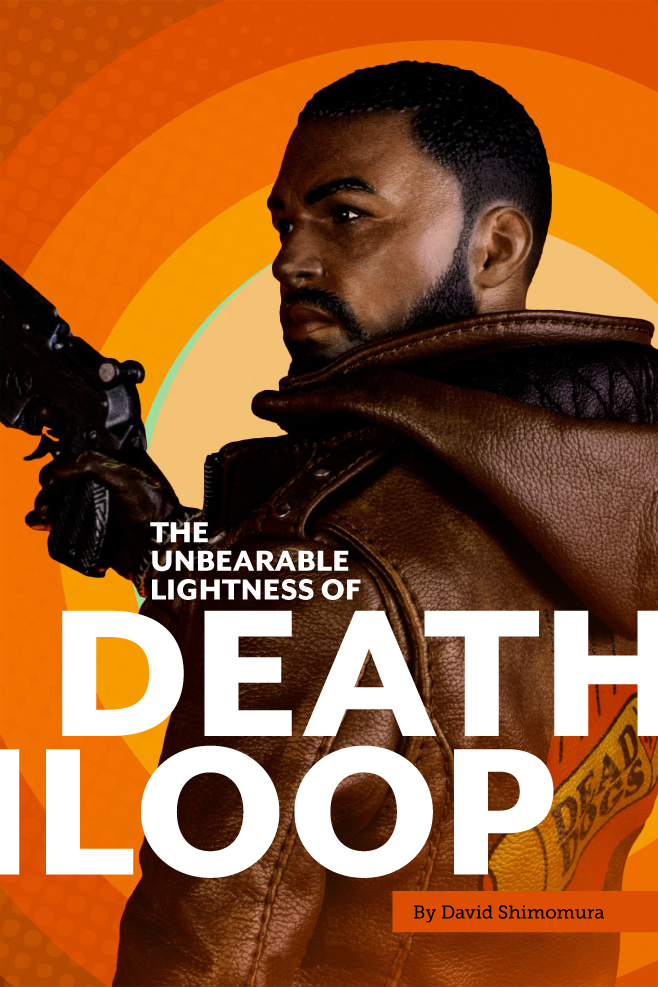 There’s a strange sensation one might encounter near the end of a videogame. A sense that the end is near, that your time with this particular game is soon to come to a close. Sometimes it’s not a sense but instead heavily sign posted. Other times it is a creeping feeling, your years of exposure to narrative structure plucking at your synapses that it’s all going to have to end soon. In games that you love, this moment is bittersweet, a feeling that a dear companion will soon leave you combined with the excitement of the big finale. You scramble to tick off boxes, complete the last few quest items, turn over those last few rocks, you try to make the moment last. But sometimes, as you approach the end, you sit back and wonder, is this it?

It was somewhere near the end of Deathloop that I began to wonder . . . is this it? Surely there is one more mystery? Surely there is some element lurking beyond my vision that will upend my understanding of the finality that seems so sure to come. But there wasn’t. Deathloop both loudly announces the nearing of its final moments and does little to revel in it as other games might. And now, three months later, I am here to report that virtually no part of this game has stuck with me.

Deathloop is a particular kind of fleeting love. Within the context of actively playing the game it is enthralling. The gunplay feels nice, the powers are meaningful, trying to mentally puzzle through how one might tackle a puzzle placed before you is rewarding. Surrounded by the walls of the game Deathloop accomplishes much. My issue, however, lies with how easily I’ve forgotten it. In the moment it is easy to love Deathloop but, upon reflection, it feels as though it was barely even there.

This lack of imprint or impression is what has most amazed me about the experience of playing Deathloop. It’s easy to romanticize “moments” and say that one will never forget a narrative beat like a character’s death or a mechanistic one such as all of a game’s systems locking in and allowing you to launch a log like a missile across a map with little else but a sword and some magic. Much harder is to notice the ways a game is working on you, sometimes forever. There’s a reason why some players tap every wall looking for hidden passages. Deathloop does none of this. 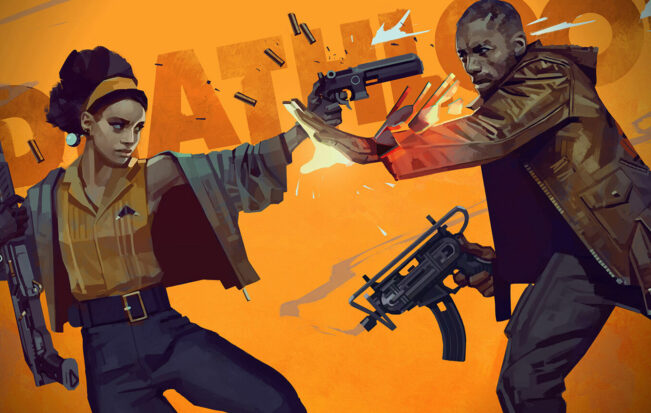 Instead, the game feels like a somewhat great take on the excellent Dishonored games. Well, obviously, given it’s been developed by many of the same people and surrounded by institutional knowledge. Dishonored is a game that teaches you to search for verticality, for ledges that barely look wide enough to stand on and for notes and recordings all around the environment. Strangely, that makes Deathloop also feels like well-trodden ground. Uncanny even, a twist on a familiar formula.

The lack of a morality systems means you can kill to your delight. Approaching a problem as explosively as you desire is a lot of fun. Being able to do so in a game from the people who did Dishonored is great fun. But it’s not lasting fun. The idea of looping around, bringing new knowledge, skills and equipment back to craft better, more efficient methods isn’t even particularly novel. For a long while it’s been called “New Game Plus” and even more recently it’s been called Hitman.

The modern Hitman games, too, leverage your increasing skill and unlocked equipment to accomplish your goal of killing baddies in new, quick and novel manners. However, Hitman offers this in a world that feels more organic and more responsive to your deviously convoluted set ups. It is possible to run in and gun down everyone but it’s rarely the best or most enjoyable option.

Deathloop instead treats its setting as one of several world states. X state always follows Y action. From go, you know that you are looking for all of the correction actions to create a world state what will let you reach the ending. Sometimes that means following leads you know won’t pan out because you’ll learn some other vital piece of information. But ultimately it means building one perfect timeline. 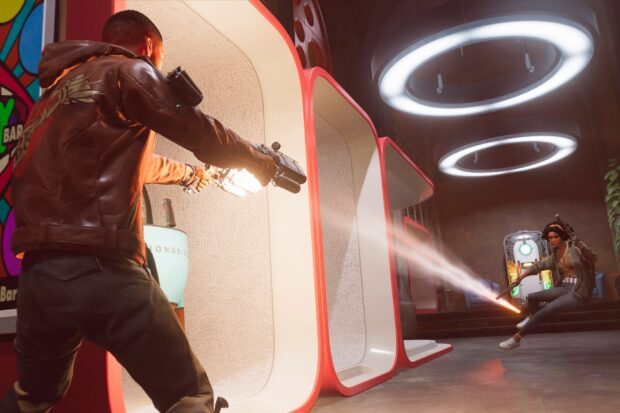 For me, this is where the game fails and why it’s left me so cold. In a game of looping timelines, of permutations and experimentation, Deathloop is a game marching towards a specific end it telegraphs in a painfully obvious way. Chasing down the games targets eventually unlocks a mission called “Ending It” which fully walks you through the final, ideal, correct path. There is no trial and error or even any variation, just hit all these check points in one run and you’ve done it. While you must use everything you’ve learned to this point to pull it off, the game never asks you to leverage any particular kind of memory or experimentation in discovering how to achieve this end state. It’s just dots on a line.

And so, as you pull this off and end it all, the game washes away. You can go back and explore but why would you? There’s no possible variation, just one final path to one final outcome. I spent several days anxious to get into the mysteries of Deathloop. I was desperate to come home and play again. Until I saw the end coming, the gaming loudly telling me to end it all. And then I did. I ended it, and with it, all desire and memory. Some games are like books, and like some books, you begin, enjoy them and put them away to barely ever think of them again.

A Dangerous Dream: Revisiting Mill of the Stone Women (1960) on Blu-ray