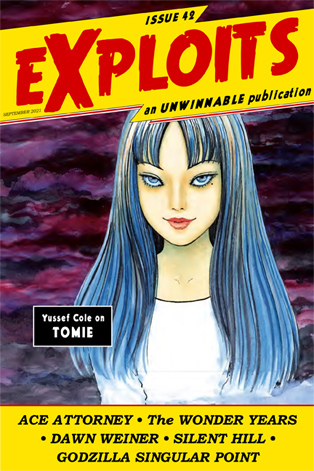 This is a reprint of the Books essay from Issue #42 of Exploits, our collaborative cultural diary in magazine form. If you like what you see, buy it now for $2, or subscribe to never miss an issue (note: Exploits is always free for subscribers of Unwinnable Monthly).

Unlike his more famous work, Uzumaki, Junji Ito’s first published horror-manga, Tomie, has the raw, typically unfinished quality of a freshman entry. The linework is occasionally sloppy, the poses not always the most elegant and the stories themselves less tightly refined, less polished, less complete. Even the tale of Azami Kurotani in Uzumaki, called “The Scar,” feels like a more developed, more convincingly creepy iteration of the rougher Tomie archetype.

But Tomie’s threadbare veneer more easily allows its itching thematic energy to burst through in places. Within the text we feel Ito in all his repressed, youthfully lusty and horrified guilt. Ito wrote Tomie while working part-time as a dental assistant. Was it on the train ride to work that he saw his “Tomie,”? Was the demonic doll hiding behind the bangs of some unsuspecting high schooler? Was she there, behind the nameless visages of the women he passed walking to work? The models posing on magazine covers? The actresses on TV? 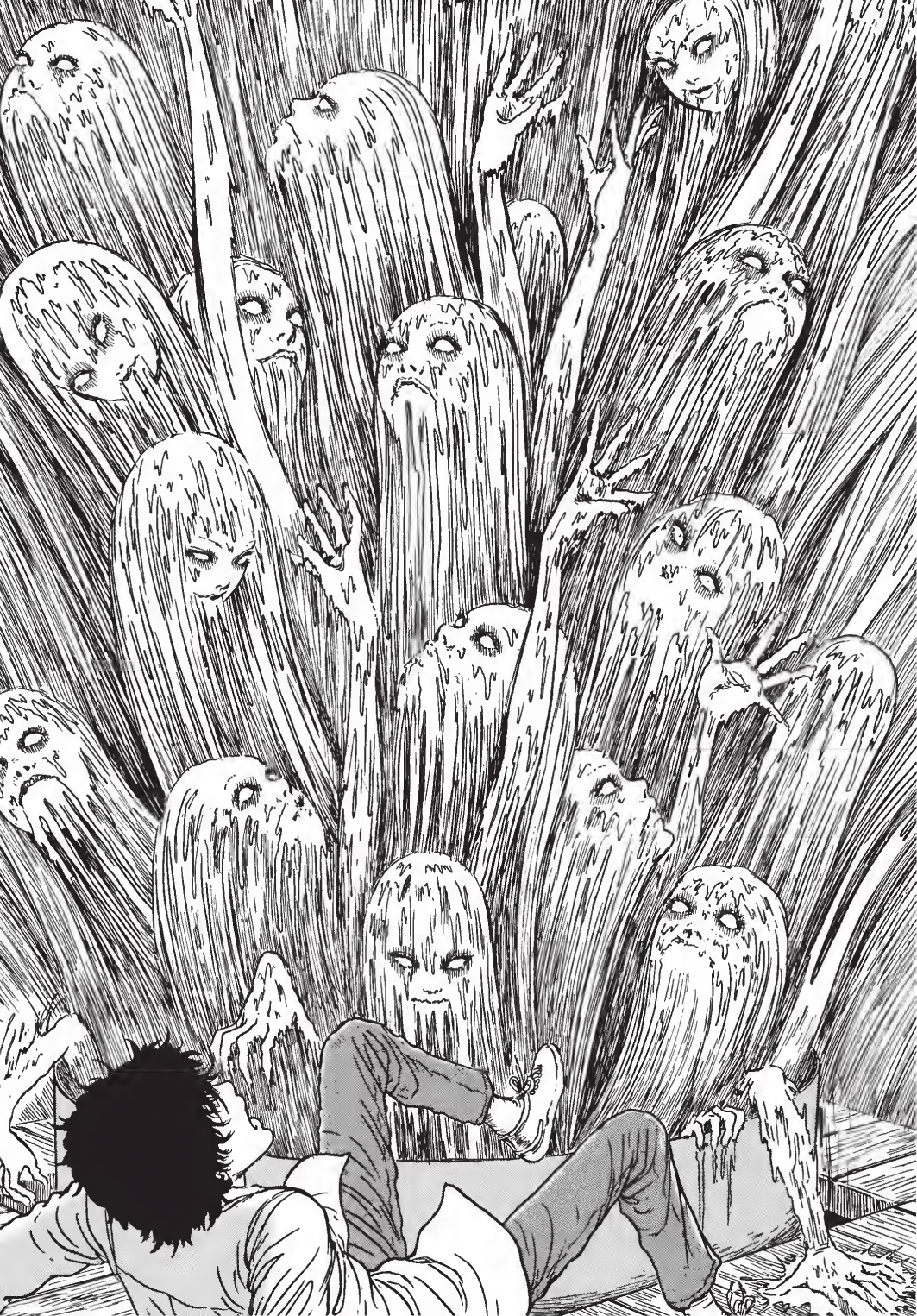 Tomie’s inspiration hardly matters though, her backstory and her motivation don’t exist, and thus are not vital aspects of her story. She is an object, in all senses of the word. A fetish that can be ripped apart and reassembled, a tantalizing sinkhole which invites men to their doom, all while sitting there in utter passivity. In the end, it is men who destroy ourselves in her pursuit. She manifests as our remorse, our panic and masochistic disgust at our unrestrained impulses. She is the chaos that is seeded into our ranks, which perpetually threatens to be released, and which cannot ever be destroyed.

In “Civilization and its Discontents” Freud, describing the internalized role of guilt, writes: “Civilization . . . obtains the mastery over the dangerous love of aggression in individuals by enfeebling and disarming it and setting an institution within their minds to keep watch over it, like a garrison in a conquered city.” Tomie serves as this institution for the men she bewitches. She invites their lust, receives their violence and punishes them by refusing to erase the evidence of their bloody indiscretion. She is the fantasy and the nightmare, all at once. It makes her a memorable and terrifying figure, a perfect monster; one which cannot be dispelled because it is intrinsically part of who we are.