This feature is a reprint from Unwinnable Monthly #142. If you like what you see, grab the magazine for less than ten dollars, or subscribe and get all future magazines for half price. 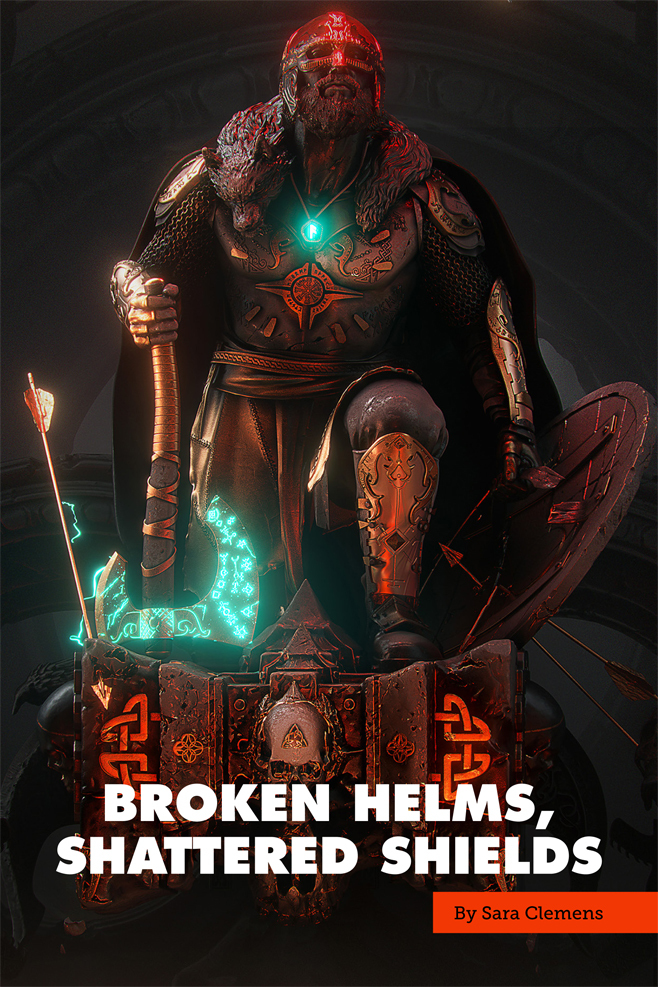 Videogame Vikings are having a moment. From the latest entry in the Assassin’s Creed franchise to the hit survival game Valheim, it’s been a good year for ax-wielding Norse warriors in the digital landscape. Joe Winter, the creator of the upcoming Viking action-adventure game Song of Iron, swears he isn’t just jumping on a bandwagon, nor did he experience a Norns-like vision of the future zeitgeist when he began development on the moody side-scroller. “I wouldn’t say I saw it coming but I was swept up in all the things that reignited the excitement around Vikings. The show Vikings was awesome. I was reading Neil Gaiman’s book Norse Mythology. The stage was set really well and people started looking for more Vikings, myself included.”

Winter has worked 15 years in videogame animation, starting with the small studio Play Mechanix and ending up at 343 Industries where he worked on Halo 5 and Infinite. Song of Iron is the first title to be released by Resting Relic, the solo-dev game studio he founded. He originally envisioned a semi-realistic open-world shooter for the studio’s first project, but he quickly discovered the scope was unwieldy. Realizing limitation would not only breed creativity but set him up for success, he decided to pare down to a side-scrolling action-adventure game, an aesthetic for which he owes a debt of inspiration to games classic and new. “Mega Man X has played a part, so has the OG Prince of Persia [and] Ghouls ‘n Ghosts but I most often point to INSIDE. That game really struck a chord with me. Thinking about what would be fun to make I wondered what it would be like with the addition of combat.”

He also decided to focus in on what he does best: animation. In a development video shared to the Song of Iron YouTube channel, he explains, “I really love grounded, realistic animation styles so I wanted to bring that comfort level to this project. Pretty quickly I started to see this game forming in front of me.” The result is an evocative journey through deep forests, snowy mountains and dark caves that feels impressively immersive due to Winter’s well-honed animation skills. For one thing, the environments have an extraordinary depth of field. “Song of Iron is a side-scroller, but the world is built out like a third-person action game so enemies are all around you coming in from the foreground and background all the time.” This makes for some exciting stealth sequences, with enemy guards patrolling not just side-to-side but forwards and back. In combat, ogres and enemy berserkers lumber out of distant caves or from behind faraway trees and leap directly towards the player’s point-of-view. The characters and scenery in the world of Song of Iron feel dynamic and weighty. 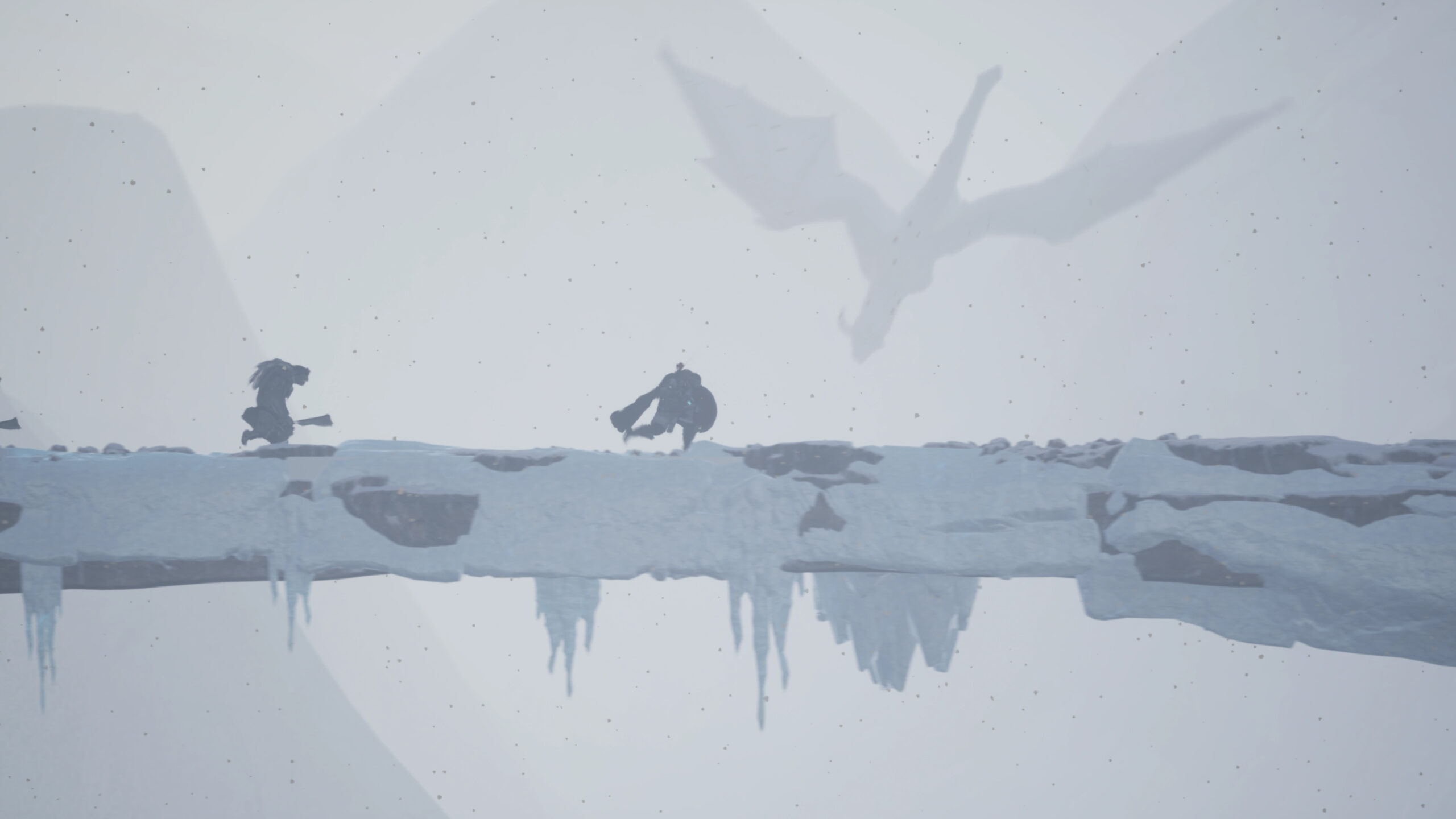 In keeping with his pared-down aesthetic, Winter also streamlined the user interface. The only thing you’ll see on the HUD is a health and stamina bar while a purposely opaque inventory system means you’ll have to take a glance at the quiver on your back to get an idea of how many arrows you have left to fire. The weapons you hold in your hand are the only ones at your disposal. Sometimes that might just be a fist or two. The combat itself is simplified as well. “Combat and the elements surrounding it are all a slight new take on the way things normally work. Instead of slick combos I wanted to build something that felt very grounded and visceral. Giving more simple action to the player to let them decide how to combo things together has led to some really fun gameplay.”

It’s not all about the glory of battle, however. Song of Iron aims to be a well-balanced gaming experience. “Combat is the star of the show, but it is mixed in with some light platforming and puzzle-solving as well. From the combat side of things, I often refer to it as ‘Viking John Wick.’ I really wanted to get the feeling of a fast and deadly bar-room brawl. This comes through with the deadly nature of each fight along with your ability to quickly deal out damage. A quick drop-kick to one enemy to send them sprawling, throw your ax at a second and fire a quick arrow at a third that is coming from behind. On the platforming and puzzle side of things it’s a bit more calm, which is great after a few exciting fights, but also helps do a lot of the storytelling of the game as you navigate through different locations.”

The already impressive visuals and gameplay become even more so when you remember they were created by a solo developer. Winter has been amazingly transparent about his entire development process, sharing clips of his earliest animations and physics engine experiments on his YouTube channel, Twitter and Reddit – no holds barred, warts and all. “Like any game there have been some fantastic bugs I have run into. From enemies being spawned 10x the intended size to archers firing at machine gun speeds. The thing that still makes me laugh the most though, was from early prototyping where the game was a bit less serious. I wanted to have physics driving everything including the player character. This led to some amazing half ragdoll/drunken Viking clips. Arms flailing all over was pretty great.” One of his behind-the-scenes posts even made the front page of Reddit which caught the attention of Xbox and eventually led to the game being featured in the 2020 ID@Xbox Indie Showcase. 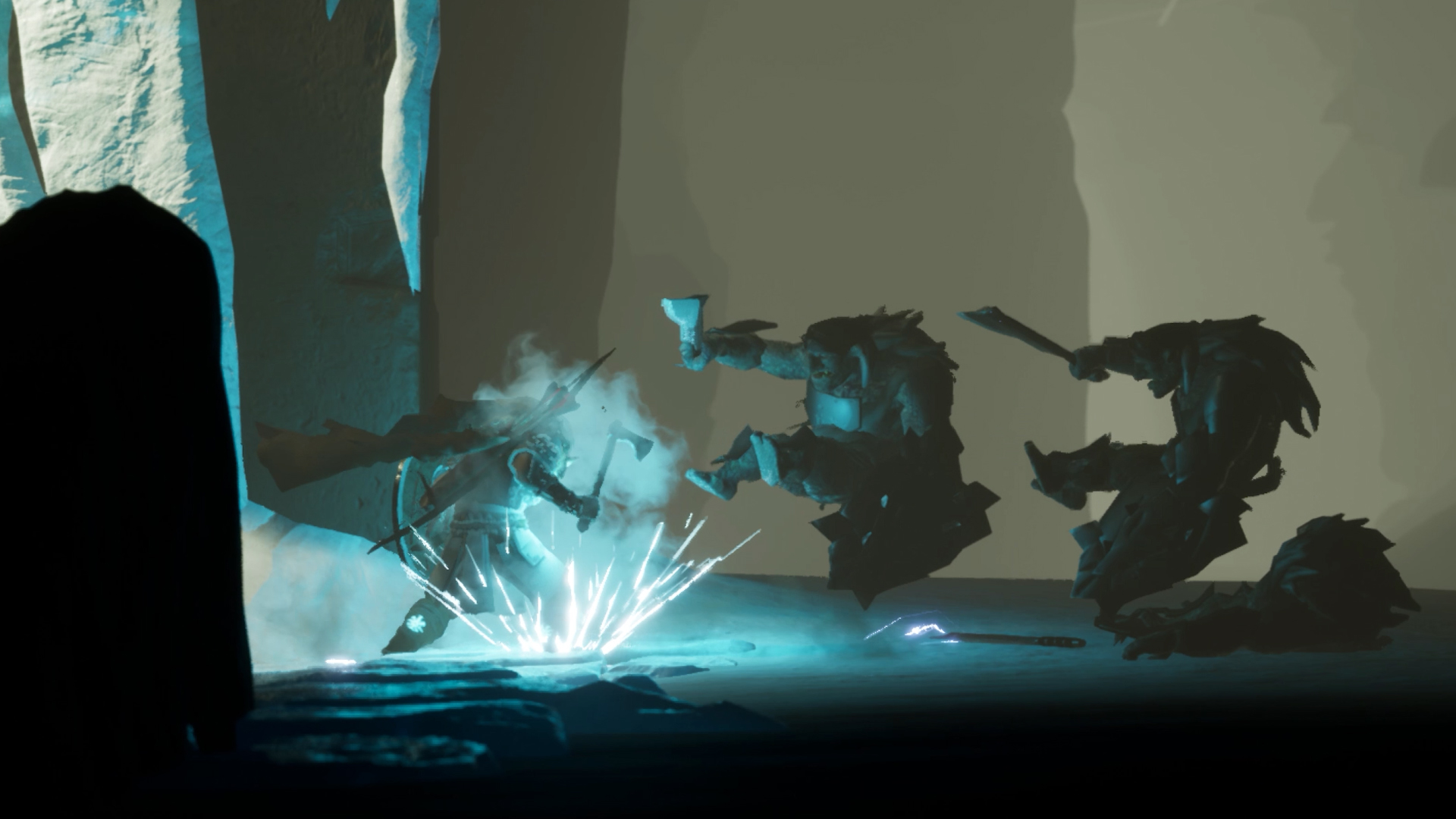 The feedback he’s received from sharing his candid development updates has been helpful, especially to a developer working on his first solo project. “To build the game I needed to learn how to do so many new things. My time in the industry prepared me in some ways. I knew better questions to ask but still needed to learn how to code, how to build effects, level design and so on. The greatest challenge was also what made the project so fun for me. I love learning new things, especially when they involve me creating something. The feeling I get when I finally figure out how to solve [a problem], build a system or fix a bug is really great.”

His frequent posts on r/Gaming also led him to the soundtrack for the project. As his posts gained traction, people following Winter’s development updates began reaching out to him with requests to be involved, offering everything from voiceover work to original compositions. “Once Song of Iron started to pick up some momentum, I knew I needed to do it justice with a great soundtrack and so I brought on a composer, Will Goss. He had sent me a bit of a sample track in hopes of working on the project. I loved it so much and it has since become the main theme of the game and the foundation of the rest of the soundtrack. We even bought an instrument called a tagelharpa to get some of that real authentic feeling.” Two full tracks of Goss’ score are featured on the Song of Iron YouTube channel and they are just as stunningly evocative as the game’s visuals.

While Winter is purposely scant on specific narrative details – the game runs about 2-3 hours and he wants to preserve some mystery – it’s safe to assume players are in for a brisk yet powerful experience with Song of Iron. “I hope players walk away feeling like they experienced something familiar but at the same time something new and unique. I hope it reminds people of games they loved from long ago, while showing that there is still room for games like this.” He continues, “I am always so grateful for all of the support I have gotten over the development of the game. This all just started as a fun project and really exploded into something more and that’s all thanks to the amazing people who have encouraged me along the way. I can’t wait to finally get the game to everyone.” Fortunately for us, he won’t have to wait long.

Song of Iron releases on Xbox and Steam on August 31st. You can follow @SongofIron on Twitter.

They Were Heroes: A Strike Commando Double-Feature