There’s a lot going on right now if you’re trans. It feels almost redundant to say that, because there always is something (especially for transmisogyny affected people). Some law just passed. Some violent attacker. Some spurious debate conducted by cis people in the abstract while trans people are having to struggle to get by. While this poem isn’t directly about trans people (as far as I know), it resonates with me on that level. Through candles and lilies, Jeje sings the praises of those who “refuse to die.”

What hits me specifically is when he talks about the “lilies of this stormy valley, flickering and sizzling,” it feels like a beauty beyond the expected. It’s not what you find on the cover of GQ or Vogue or any other gatekeeper for who can and cannot be desirable. Handcrafted in the awkward quiet moments, it’s a softness that can only be appreciated when you realize how much we had to struggle to maintain it.

So, I just wanted to take this space to say that trans people are fucking incredible. Things shouldn’t be this hard, but that’s unfortunately how it will stay until we tear it all down and build something better. Shout out to the ones who are remaining “lit and upright . . . for those who no longer can.” 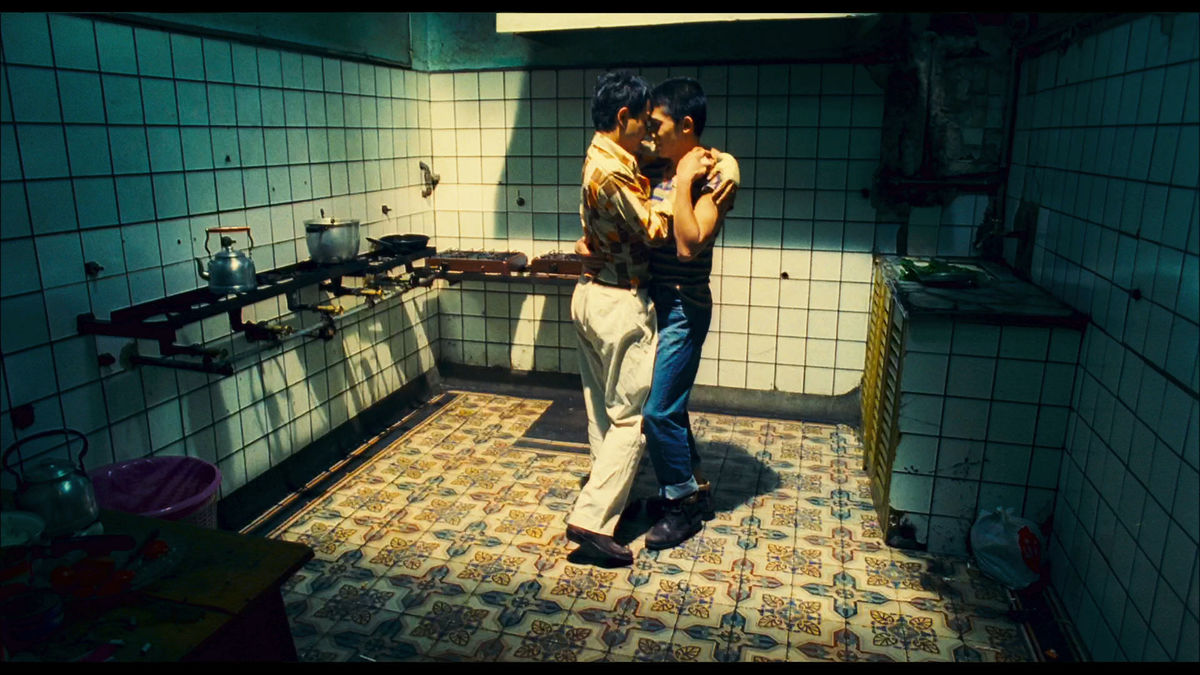 In Happy Together, a couple played by Tony Leung (as Lai Yiu-Fai) and Leslie Cheung (as Ho Po-Wing) take an extended holiday to Argentina to try and fix their relationship.

This is a film which really meanders. The majority of its runtime is just you watching these two men desperately try to keep the other from leaving them. They bicker and fight, then they put up walls. Cut to the lively streets of Buenos Aires. One will storm off and the other comes back. Cut to an extended shot of stunning waterfalls. Then they kiss and make up. Cut to Leung outside a bar, smoking, drinking and longing. The pair are destroying each other but neither wants to admit it. It’s like a perverse dance with no end in sight.

A car sits on the roadside in Argentina, somewhere on the way to the falls. It lived a long and tempestuous life. One of scratches and paint jobs. Dents and filler. New hands, new feet. Now it’s almost-still, battered by the ocean winds. One more casualty to the whirlwind of a union which refuses to die.

Wong Kar-Wai makes every moment of this spiral stunning. One particular way he does this is with colors. After the couple’s first on-screen breakup, the film turns black and white. It’s a pretty crude metaphor but it works fantastically, capturing a moody noir-type feeling which heightens the melancholy. Where this use of color gets especially interesting is that when the couple reunites and it returns, the colors aren’t vibrant or clear. For the most part we see the sickly pale-yellow lighting of Yiu-Fai’s apartment. There’s no vibrancy here. It’s like the colors are clinging on to life, much like this relationship.

Outside of the colors, everything here is stunning. From a pool of blood on the floor being washed from a slaughterhouse to a craft drifting at the port, Christopher Doyle’s cinematography captures the world in all its detail and beauty. In this, the tragedy of the central couple’s inability to escape their entanglement becomes even more pronounced. The world is stunning, and they simply cannot see it because they’re caught up in their own heads.

Po-Wing lays on an empty bed, tears streaming down his face. The sickly green curtains almost seem to glow in the half-light. Their cigarette boxes are neatly ordered now like He wanted them to be. But that reassembled cardboard cage can’t make a home, and neither can the “Let’s start over” lodged in his throat.

At the core of this is the incredible performances of Tony Leung and Leslie Cheung. There’s a palpable tension in the air at all times when they’re on screen. They also find time in between the melancholy longing and fighting to be funny and sweet. Easily one of the best moments is when you watch them dance together and it’s deeply affecting. Like them, you are tempted into believing that this could work, that even if it is deeply toxic there is something to be salvaged. But those moments aren’t enough.

The reality hits when Leung shows you Yiu-Fai in his moments alone. The most affecting of these is when his friend Chang (played by Chang Chen) hands him an audio recorder, asking for a message to remember him by. Leung sits there gripping the recorder, tries to speak and instead just can’t stop sobbing. He is hurting desperately and he can’t see a way out. Romantic moments can’t fix that.

Yiu-Fai sits at the front of the train carriage. Flanked on either side by bright lights and signs. He’s home. Or some new version of it. The streets feel different alone. Did he even notice how cold these seats were before now? Steel shakes, hurtling forward into the neon abyss. He breathes out. A new day is coming.

Sometimes things have to die.

You can put off the pain for a little. You can electrify a corpse, see a jolt and mistake that for life, but it won’t last long. What use is repeating the half-breath before death? A Groundhog Day but it’s just the eleventh hour. Stuck in the final moment of fall, watching the last leaf drop.

Sometimes things have to die.

Chang takes his tape recorder to the top of the lighthouse at South America’s tip. He presses play. Nothing – or at least no words. Listening in he hears a faint not-nothing emerge from his tinny earphones. Sobbing. It fades in. It fades out. Whimpers drift on the ocean breeze. Yearning, the world’s end consumes all.

Rising Tension: The Odd and Appropriate Specificity of Resident Evil 2: The Board Game