ARGs are a wild and wonderful transmedia experience that could become a large part of a new era of interactive television if creators are willing to invest in them. Two examples of ARGs that have successfully found their place in the pandemic are those from CBS’ Evil and AMC’s Dispatches from Elsewhere, each with a different model catered to the show’s style, genre, and unique narrative world-building.

As the entertainment landscape shifts toward a post-pandemic era, it’s time to give serious consideration to the alternate reality game (ARG) as a potential new partner for scripted television. The ARG, a style of interactive media with a large following in gaming spheres but less ubiquitously trodden ground for television shows, has long been dabbled with as a side piece for prestige dramas with some sort of mystery or thriller element (see the recent ARGs for Mr. Robot, Stranger Things and Westworld), but ARG’s don’t have to be limited to just that, either. The popularity of the Animal Crossing: New Horizons, especially at the beginning of the pandemic, demonstrates that players are delighted by wholesome, open-ended and non-narrative-based interactive experiences.

The concept of ARGs integrated into scripted entertainment isn’t new; what’s often considered the first successful ARG, The Beast, was released in 2001 to promote Steven Spielberg’s A.I. Artificial Intelligence. Another more recent famous example is the set of ARGs made for different seasons of ABC’s Lost, which included The Lost Experience, Find 815 and Dharma Initiative Recruiting Project, bringing together Lost obsessives everywhere to expand beyond the onscreen universe of the show’s infamously convoluted and complex world. 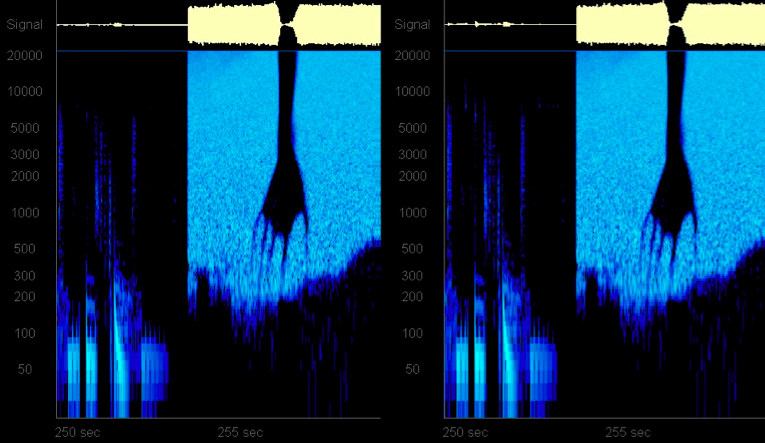 Unlike communities of seasoned ARG players, ARGs built for television are targeted toward a broader audience, that of the show’s viewership. What they share is a deep sense of immersion and desire to partake in specific cinematic worlds. As such, there is already a built-in audience, especially those hungry for content (see: pandemic hiatuses). In an era without physical spaces for fans and viewers, like in-person conventions or even the casual meet-up, ARGs offer a rich and immersive transmedia environment for audiences to move through a communally constructed alternate reality of their favorite shows. The pandemic has also shown that alternate forms of audience engagement are poised to become more important.

ARGs range in scope and style, from full-on puzzles to more self-mediated exploration through a world of interactive streams. To investigate further, we can examine two ARGs that have taken root during the pandemic: those from CBS’s Evil (created by Robert and Michelle King, The Good Wife) and AMC’s Dispatches from Elsewhere (created by Jason Segel, How I Met Your Mother). While the Evil ARG is more of a large-scale treasure hunt, the Dispatches ARG is more about story-building and discovery. The ARG created for Evil, a science-versus-faith-esque absurdist horror procedural, involves a set of puzzles literally embedded in single frames of the show leading to a set of clues in New York City where the show takes place, while the ARG created for Dispatches features a more open-ended “parallel universe” that emulates media from the show and streaming on Twitch.

Facebook groups and Reddit subthreads seeking to solve the Evil season one puzzle (which remains unsolved after more than a year, to the disappointment of one of the show’s creators) have networked out of the communities of the show’s fans. Attention began mounting once again when Evil was added to Netflix in October 2020. The “solution” to the season one puzzle are actually clues to the season two game, which co-creator Robert King shared consists of a series of hangman puzzles. The Evil ARG has enabled widespread collaboration at a time when staying inside is sometimes better than going outside — players from all over the world can work together to solve the puzzles, as long as they have an internet connection and Netflix or something like CBS All Access.

However, while the creators intend the ARG of Evil to continue through whatever number of seasons for which it may run, the Dispatches ARG was limited to its one-season run (although future seasons may still be in store). Dispatches was inspired by the ARG Games of Nonchalance, created by Oakland-based artist James Hull, a transmedia “art installation” designed to inspire viewers to venture out into urban spaces, a form of real-world immersion. For Dispatches, players were involved in the game before either show was announced. The show’s team worked with Hexagram, a company that develops “immersive experiences that span the physical and the digital worlds,” including the Stranger Things season three ARG, Operation Scoop Snoop, which heavily rewarded viewers who actively binged the show and even included real-life marketing tie-ins. While Dispatches was primarily conducted online, the show included an immersive, real-life element: fliers spread across a variety of cities advertising a piece of the show, which viewers soon discovered tied into the series.

While ARGs haven’t become the go-to choice for creators and producers, it’s clear that industry attention to ARGs is growing, but maybe just for shows with a significant marketing budget and a boss that allows them to have a little fun with the creative advertising. In 2020, the Emmys included nominations for three show-based ARGs for Outstanding Interactive Extension of a Linear Program (the first instance of this category), which included the aforementioned ARGs from Mr. Robot, Stranger Things and Westworld. The award goes to a “linear television program that extends storylines, segments characters or story world onto digital platforms” – simple enough. However, the boundaries on what is considered eligible grows curiouser and curiouser with each word: Unlike the name ARG suggests, the Interactive Emmys declares that entries with “game-like interaction may be eligible” but that “games are not eligible” without defining what gameplay means. This “game” designation exempts entries that “do not involve observing others engaged in gameplay, nor test a viewer’s response time, nor are win-oriented.” 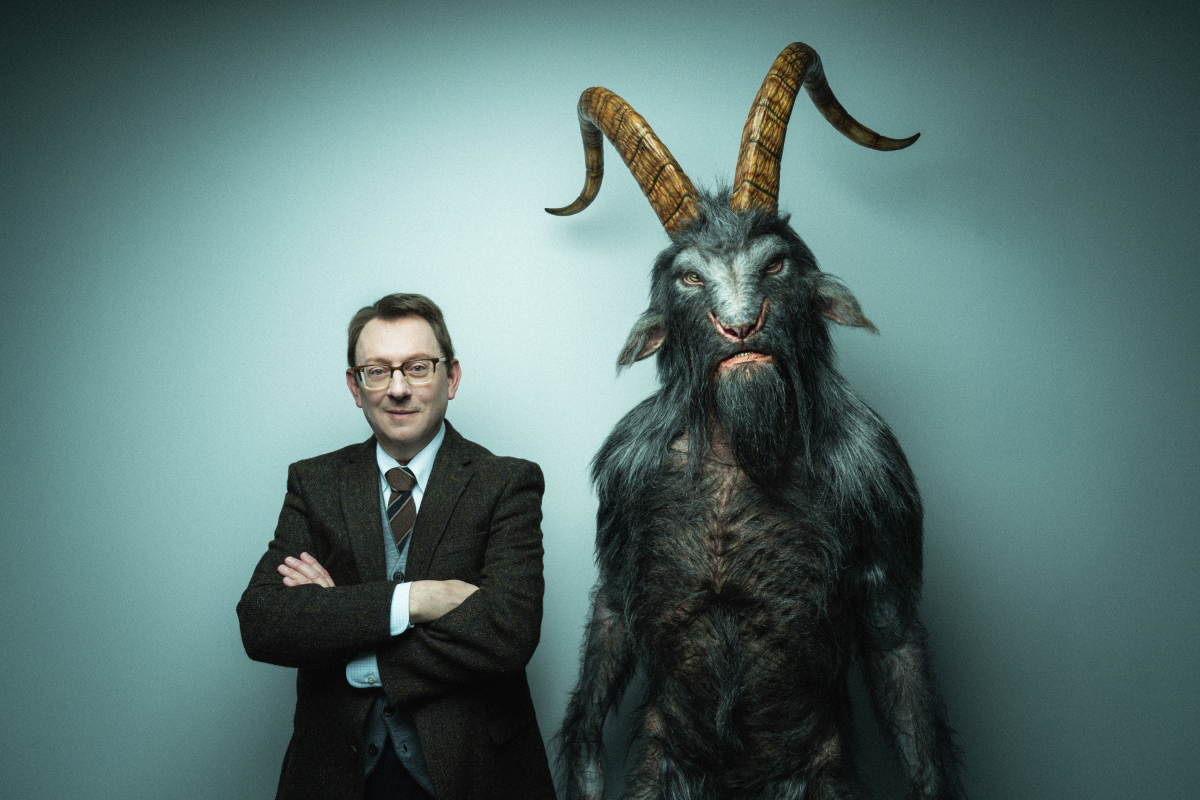 Is the Evil ARG “win-oriented”? One could argue that, yes, finding one of those 60 prizes/clues that leads to the season 2 game is considered winning. While gatekeeping what a game is seems like a poor idea, maybe you can call almost anything an ARG while simultaneously not considering it a “game,” and that’s okay. Based on the world of each show, ARGs can be whatever creators want them to be and take whatever form best suits each show. Dispatches, for instance, was a trippy meta-experience whose ARG mimicked the experiences of characters on the show (and the show mimicked Hull’s original installation-slash-social-experiment). Evil, however, combines the mythology of the show (demonology, religion and all that jazz) in a more puzzle-like experience.

Regardless, ARGs are a wild and wonderful transmedia experience that could become a large part of a new era of interactive television, and contribute significantly to the enjoyment of viewers seeking new forms of immersion in their favorite worlds, if creators are willing to invest in them. The pandemic is requiring more creativity to reach and retain audiences, providing the opportunity for deeper (financial and creative) investment into building ARGs-for-TV that coexist with existing scripted storytelling. No matter what type, ARGs are bound by audience devotion to immersion by collectively building communities in a socially-distanced world, encouraging international fanbase interaction, cooperation and excitement beyond an onscreen canon. C’mon – it’s free real estate!

Westworld Confronts What It Feels Like To Be Human