Through the darkness of future past,
the magician longs to see,
one chants out between two worlds,
“Fire, walk with me.”

Better yet, for the sake of journalistic accuracy, Unwinnable has entered North Bend, Washington – the same sleepy, Pacific Northwest town where one of the most mind-bending, genre-defining, maddeningly off-the-rails dramas ever to air on television – Twin Peaks – was filmed, more than two decades ago. 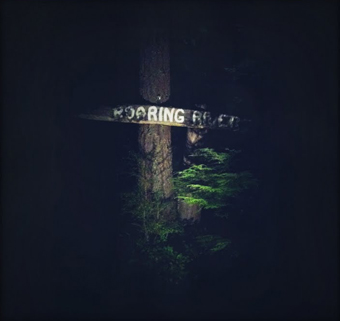 As we drove up through the mountain roads last night toward our first stop – the Roaring River Bed & Breakfast, a stone’s throw from this morning’s Day 1 sign-in – we didn’t need to blare “Laura Palmer’s Theme” from our rental car’s stereo to feel as if we had been transplanted into the haunted, demented world of Mark Frost and David Lynch.

But we cranked up Angelo Badalamenti’s theme song anyway, along with Jimmy Scott crooning “Sycamore Trees,” and though it was still daylight, it almost felt as if we were approaching the Black Lodge itself, carrying only our flashlights.

Our room here couldn’t be more fitting. Nestled in the woods – amid the smell of fresh pine air so intoxicating it seems piped in – it sits high above the Snoqualmie River, an awesome sight that soon vanished into darkness but became the steady soundtrack to the night. But more than that: our room, called the Rock and Rose, might have served as a set piece for the show. Half of the room, we kid you not, is occupied by a gigantic boulder; at its center, a corked hole where a long-ago builder had tried, in vain, to blast it through with a stick of dynamite.

Today, Team Unwinnable – yours truly, accompanied by my friend Hannah, who watched through the series with me last year – will travel down the winding road to the Grange, where we will be served copious donuts, meet fellow Twin Peaks geeks, lose badly in the trivia contest, and later gather somewhere down the road to watch Twin Peaks: Fire Walk With Me, a silver-screen Twin Peaks prequel that premiered precisely 20 years ago.

Tomorrow, a bus tour of the filming locations, a costume contest (I’ll be in drag) and a meet-and-greet with several of the show’s actors, including Michael Horse (Deputy Hawk) and Al Strobel (The One-Armed Man). 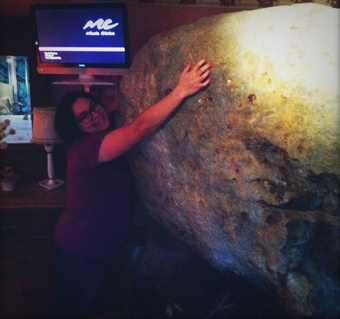 On Sunday, a farewell picnic, a Tibetan rock throw contest and our check-in at the Salish Lodge – the posh getaway spot that served as the exterior of the Great Northern Hotel, perched atop Snoqualmie Falls and featured in the show’s opening credits.

It’ll be a weekend saturated with cherry pie, piping hot coffee and a spooky sense of overly-dramatized doom.

This is, after all, the 20th annual Twin Peaks Festival. Unwinnable is here after a couple of fun-filled days in Seattle that already seem a lifetime ago.

Last night, we ate dinner on a porch high above the water, with only a small lantern to break the darkness. Later, I sat on a bar stool outside, as Hannah washed up for bed, and wrote to the glow of my iPad – everything around me invisible save for the pitch-black outline of the treetops against the deep gray of the night sky.

There are owls in these woods. We haven’t heard them hoot yet, but we know they’re there.

As W. C. Fields would say, Diane, we’d rather be here than Philadelphia.