Cosmic horror is horror which is focused, not on supernatural legends like vampires and werewolves and zombies, but on the emptiness and indifference of the universe.  In issue 137 of Unwinnable Monthly, I wrote about the roots of cosmic horror in the work of H.G. Wells and H.P. Lovecraft. Both of these authors were strongly influenced by Darwin and the eugenic ideas derived from his work. For Wells and Lovecraft, and for cosmic horror in general, the universe is indifferent not just because there is no god, but because there is no spirit or guiding hand preserving the legacy and heredity of white people. Cosmic horror is intertwined with racist horror. The nightmare in Wells and Lovecraft is that white people will degenerate into unrecognizable racialized protoplasm.

Racism and cosmic horror have, then, evolved together; the lineage of the first is twined around the body of the second like an ugly, cancerous growth. Given the intimacy of the connection, is it even possible to separate the two? Can you write a work of antiracist cosmic horror?

The answer is a resounding, “sort of!” The most successful efforts to separate cosmic horror and racism have, not surprisingly, been those that directly addressed the eugenic presuppositions tied into the genre’s monstrous DNA. Jeff Vandermeer’s 2014 novel Annihilation, for example, is about an ambiguous alien infection in “Area X” which starts transforming humans, landscapes and people in obscure and unpredictable ways. Evolution is no longer linked to some sort of survival-of-the-fittest natural selection. Instead, it functions as a semi-mystical assimilation to a magical and incomprehensible landscape. 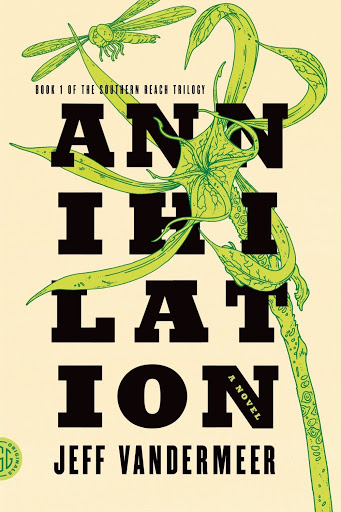 In Wells and Lovecraft, the great weight of time crushes nobility into ugly, twisted, evil forms like Morlock and Shoggoth, both inimical nightmare murderers. But the main character in Annihilation, an Asian woman known only as “the biologist,” isn’t scared of change. Instead, she finds it fascinating. Her most intense emotional relationship in the novel is not with her husband, but with a pond in an empty lot, with several species of snails and insects. She loves to visit it and watch the life and generations pass as the ecosystem throbs and changes. Similarly, when she is able to prove for certain that Area X is in fact transforming human beings into dolphins, boars, and who knows what, she doesn’t recoil. Instead, she feels “a perverse sense of relief.”

The biologist says this is because she now knows for certain something strange is happening. But she also remembers that in Area X she has felt herself to be part of a natural landscape. Humans are evolving, biological things; Area X may change them, but change is part of our essential nature as living critters. We are the morphing, plastic shoggoths, and the biologist (and Vandermeer) think that’s kind of cool.

Octavia Butler’s 1987 novel Dawn is even more pointed. Lilith Ayapo, a Black woman, wakes up in a spacecraft to learn that the earth has been destroyed. Tentacular aliens, called Oankali, have rescued earth’s survivors, and intend to use powerful gene-splicing technology to breed with humanity. They will create a new race of hybrids, part Oankali, part human. These new superpowered creatures will mostly be Black, since Lilith is the first, and most important human ancestor of the new alien children.

The Oankali are horrifying in appearance. When Lilith first wakes out of suspended animation she can barely look at them, and has to undergo a long desensitization process before she can comfortably be in the same room with them. But this fear of difference is presented as a kind of unfortunate psychological quirk, to be overcome. 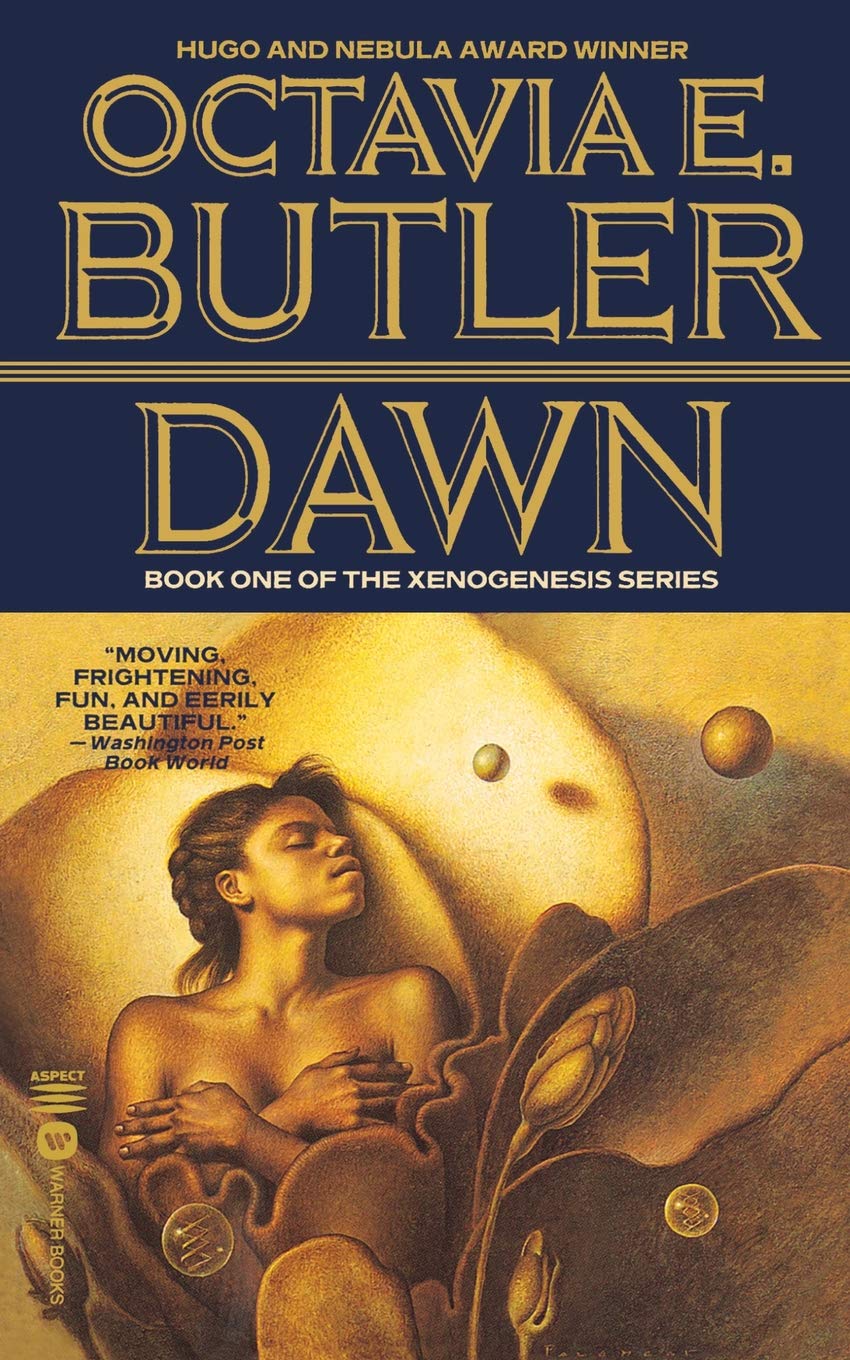 And once it is, relationships between Oankali and humans can be not only friendly, but loving. The Oankali have a third sex, which extracts DNA from human and Oankali parents and mixes the result into new individuals. The extraction process is very pleasurable, like sex, and the Oankali can also fix genetic defects like cancer and extend lifespans. Dawn and its sequels in Butler’s Xenogenesis trilogy are a rewriting of “At the Mountains of Madness” from the perspective of the genetically impure shoggoth – or a rewriting of “The Shadow Over Innsmouth” that sees the mating with the fish things as a joyful triumph, rather than a descent into the pit. Whiteness disappears into an oozy alien mass, and that is awesome.

Annihilation and Dawn both tweak the Wells/Lovecraft DNA to force it into new, less racist forms. Evolution in both can be controlled or harnessed. But it’s not controlled or harnessed to preserve racial purity. Rather, as in Wells and Lovecraft, the cosmos tends towards mixing, impurity, and mess. It’s just that for Vandermeer and Butler, that’s a good thing. Humans as they are, are not so great. In Dawn they destroy the earth in a nuclear war, and in Annihilation, they’re implicitly heading towards environmental collapse. Humans – and especially humans who see themselves as white – have taken the race to a dead end. It’s time to morph.

So, do Annihilation and Dawn show that cosmic horror can exist without the racism? Well, not exactly. Both books are wonderfully imaginative and insightful responses to cosmic horror traditions. But neither is exactly horror.

Ugly, tragic things happen in Dawn; the Oankali sometimes rape humans and sometimes kill them. Humans for their part remain stubborn and cruel, to aliens and each other. But the universe Butler presents is generally more hopeful than terrible; the long-term prospects for the human/Oankali children are fairly bright. Similarly, while Annihilation is unsettling. it’s also suffused also with a sense of wonder, and with a persistent, sly humor.  In Annihilation’s sequels, the biologist herself is changed into a giant (deliberately) Lovecraftian sea-monster, terrifying, powerful, and, apparently, content. Especially if you’re a Lovecraft fan, it’s hard not to giggle a little when she comes striding across the landscape in her new form, which is too huge to really describe or understand. Cthulhu isn’t some ancient deity from outside space and time. He (or she) is that odd friendly biologist who likes to stare into puddles.

Butler and Vandermeer aren’t driven by loathing and terror. A universe ruled by someone other than white people doesn’t send them into paroxysms of misery. Wells and Lovecraft, in contrast, are filled with fear because they’re filled with hate. Annihilation and Dawn both reinforce the conclusion that cosmic horror relies on the second to power the first.

’68 Releases a Menu Worthy of the Meal