This is an excerpt from the cover story of Unwinnable Monthly #137. If you like what you see, grab the magazine for less than ten dollars, or subscribe and get all future magazines for half price.

Editor’s Note: This feature excerpt contains a racial slur used within a direct quote from one of the texts being discussed. 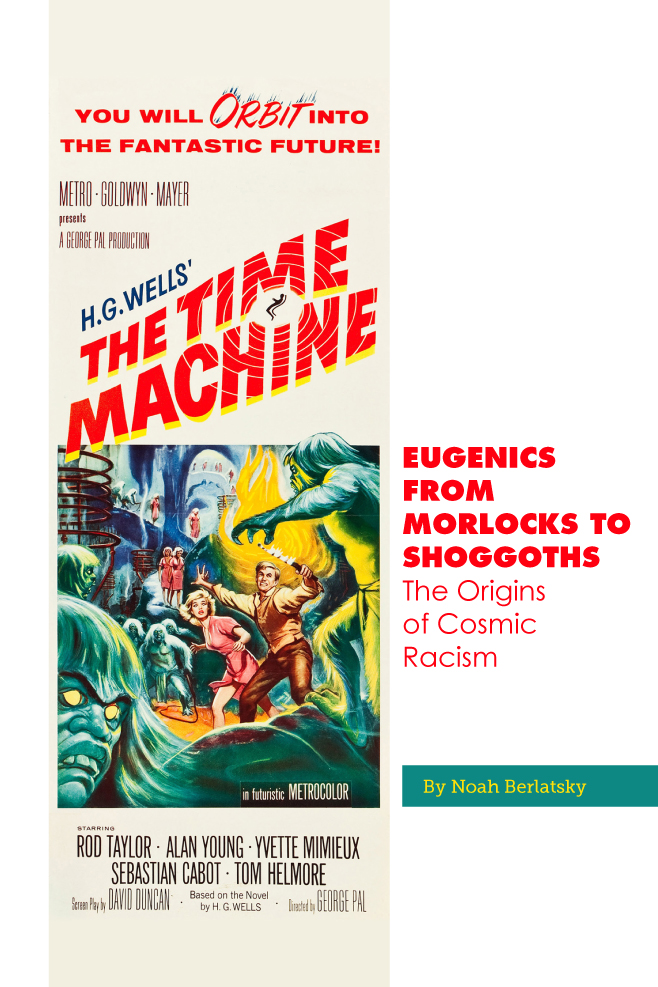 Cosmic horror is thought of as horror that focuses on the unknown, Cyclopean incomprehensibleness of the universe. “Cosmic horror stories draw upon the power of the sublime to make us feel small, inconsequential and totally helpless against something vast and natural,” according to Sarah S. Davis at Book Riot. All pitiful humans are as one before the yawning tentacular orifice of the abominable abyss. What does skin color matter when we are all together infinitesimal specks in an uncaring, unblinking, universe-spanning eye?

To put it in slightly less ominously undulating prose, cosmic horror seems like it should be the type of horror least interested in human difference. The continent-sized appendage doesn’t stop to check your skin color, ethnicity or religion before it crushes you.

And yet, the man most often credited with creating cosmic horror, H.P. Lovecraft, was a virulent racist, whose hatred and bigotry permeates and powers all of his writing. For example, in his 1927 short story, “The Horror at Red Hook,” Lovecraft creates a mood of disgust and terror by channeling his racist loathing of the immigrants he lived beside in his Brooklyn neighborhood:

Red Hook is a maze of hybrid squalor…The population is a hopeless tangle and enigma; Syrian, Spanish, Italian, and negro elements impinging upon one another, and fragments of Scandinavian and American belts lying not far distant. It is a babel of sound and filth, and sends out strange cries to answer the lapping of oily waves at its grimy piers and the monstrous organ litanies of the harbour whistles.

The terror in “The Shadow Over Innsmouth” is that the good, upright, white narrator finds himself sliding down the evolutionary ladder, to become one of the vile fish-creatures who infest the waters around Innsmouth. When the narrator sees those fish-spawn “flopping, hopping, croaking, bleating – surging inhumanly through the spectral moonlight in a grotesque, malignant saraband of fantastic nightmare” Lovecraft is clearly channeling the same ugly racist imagery he uses to describe the real-life inhabitants of Red Hook.

Cosmic horror for Lovecraft isn’t just a universe indifferent to humans, in general. It’s a universe indifferent to the striving and virtue of white men in particular. The cosmos Lovecraft fears is a Darwinian cosmos, in which evolution hops and slithers blindly down the eons, just as it hops and slithers through Red Hook and Innsmouth.  The bleak idea that haunts Lovecraft’s work is the recognition that there is no force guiding mankind towards ever greater and whiter heights. In short, the meaninglessness of the universe for Lovecraft is specifically a Darwinian meaninglessness. There is no god guiding white man every upward. There is only a blind watchmaker crafting protoplasmic abominations with clumsy, mottled fingers.

Noah Berlatsky is a freelance writer in Chicago. He is the author of Wonder Woman: Bondage and Feminism in the Marston/Peter Comics, 1941-1948, from Rutgers University Press.

Car Rides and Crooning: Bridging the Gap with A Woman’s Heart