There was a moment where a few of my characters stopped animating but kept on being killing machines and I realized I loved Empire of Sin, the new game from Romero Games. Running, shooting, healing, it didn’t matter. They were frozen in one of various poses, locked in as if tabletop style miniatures. For a time, about half of my squad were trapped in a board game the other half of my squad were not playing. I saved, quit and things returned to normal.

The game is buggy.

The actual meat and potatoes of the game is that you play as an organized crime boss in Chicago. You set up warehouses, breweries and distilleries, casinos, speakeasies, brothels and hotels. It’s expensive to set up your own from scratch but it’s pretty cheap to muscle in and take them, as long as you do have the muscle. On top of that is a city-wide crime empire management layer that includes tailoring the booze on sale in a neighborhood or strategically closing some businesses as the police start to catch on. All of this is couple with a turn based, tactical shooting layer that pops up whenever combat is necessary, and it’s pretty necessary. 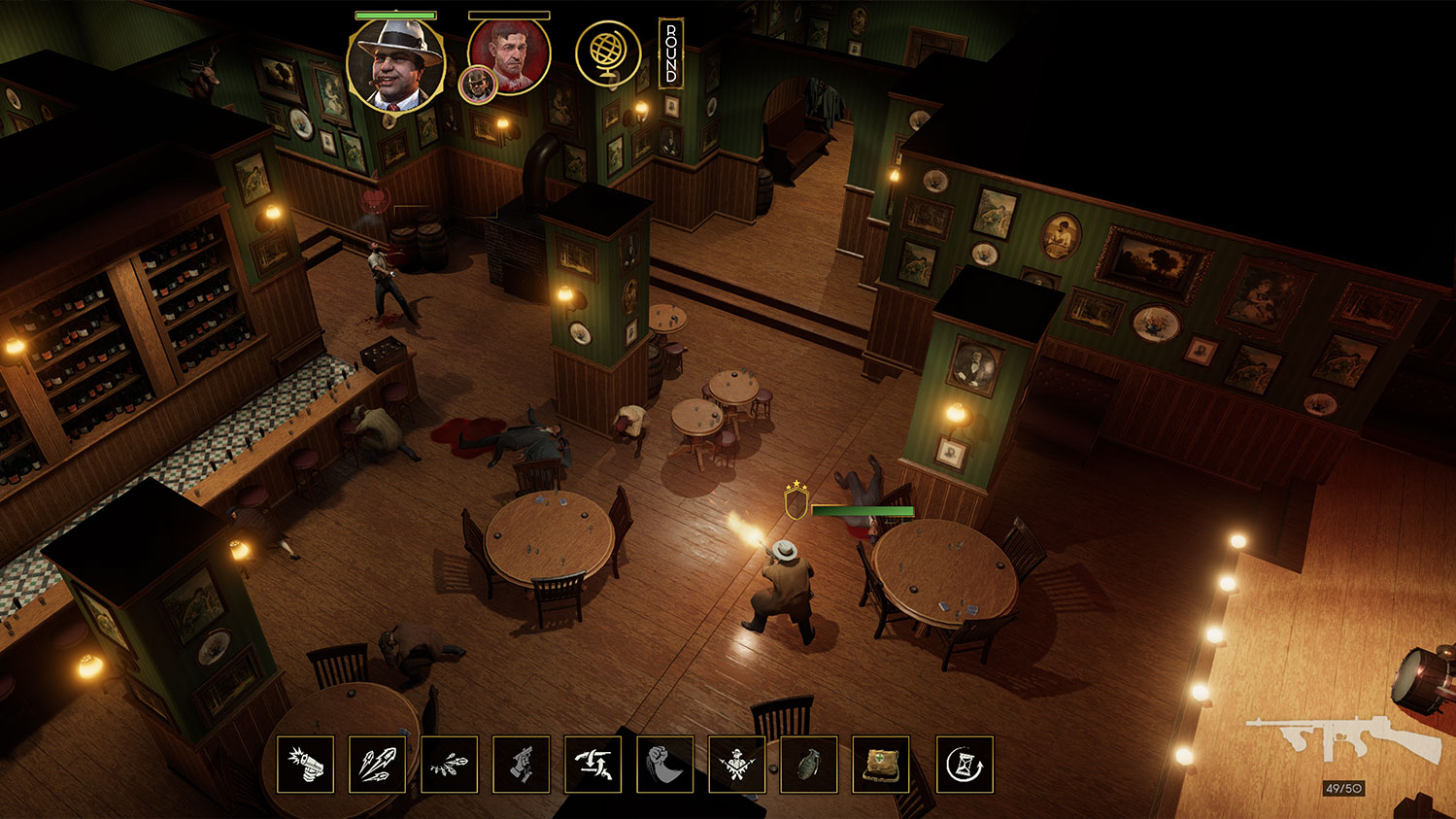 The menus are dense and unintuitive. It’s difficult to find where something is and sometimes it’s not clear that something is a button or a toggle and not a picture. People constantly betray me with basically no consequence to them. I’m constantly inundated with mission cues, enough that it’s hard to manage them all or keep track. But I’ve had so much fun with this game.

Somehow, it exists in a sweet spot of jank. None of these issues kept me from playing. Not only did they not keep me from playing, they were a part of some of my favorite moments of playing the game. I’ll never forget taking down the last of a particular enemy’s businesses, my characters quipping with their over-the-top mob movie lines and meanwhile they’re totally frozen in place.

There’s a kind of charm to this. Empire of Sin is a thick with ham and camp. Mobsters are great fodder for larger-than-life characters. It’s even somewhat necessary given the real-life cruelty they doled out. That sometime Al Capone glitches out and gets stuck on a tree is kind of charming. Here is this all powerful, murderous, self-conscious man becoming a tree person and there’s nothing I can do except save and restart.

In this way, Empire of Sin succeeds by perfectly knowing the being that it is. It’s not the moody, brutal, hyper personal tale of something like the Mafia series. It’s bombastic, more Gangster Squad than Goodfellas. It’s certainly more Dick Tracy than Untouchables. In this way there’s a vibrancy to in Empire of Sin that’s sort of rare. It’s not just that the game is self-aware, it is the way that entire loop of the game, jank and all, highlight this vibrancy. 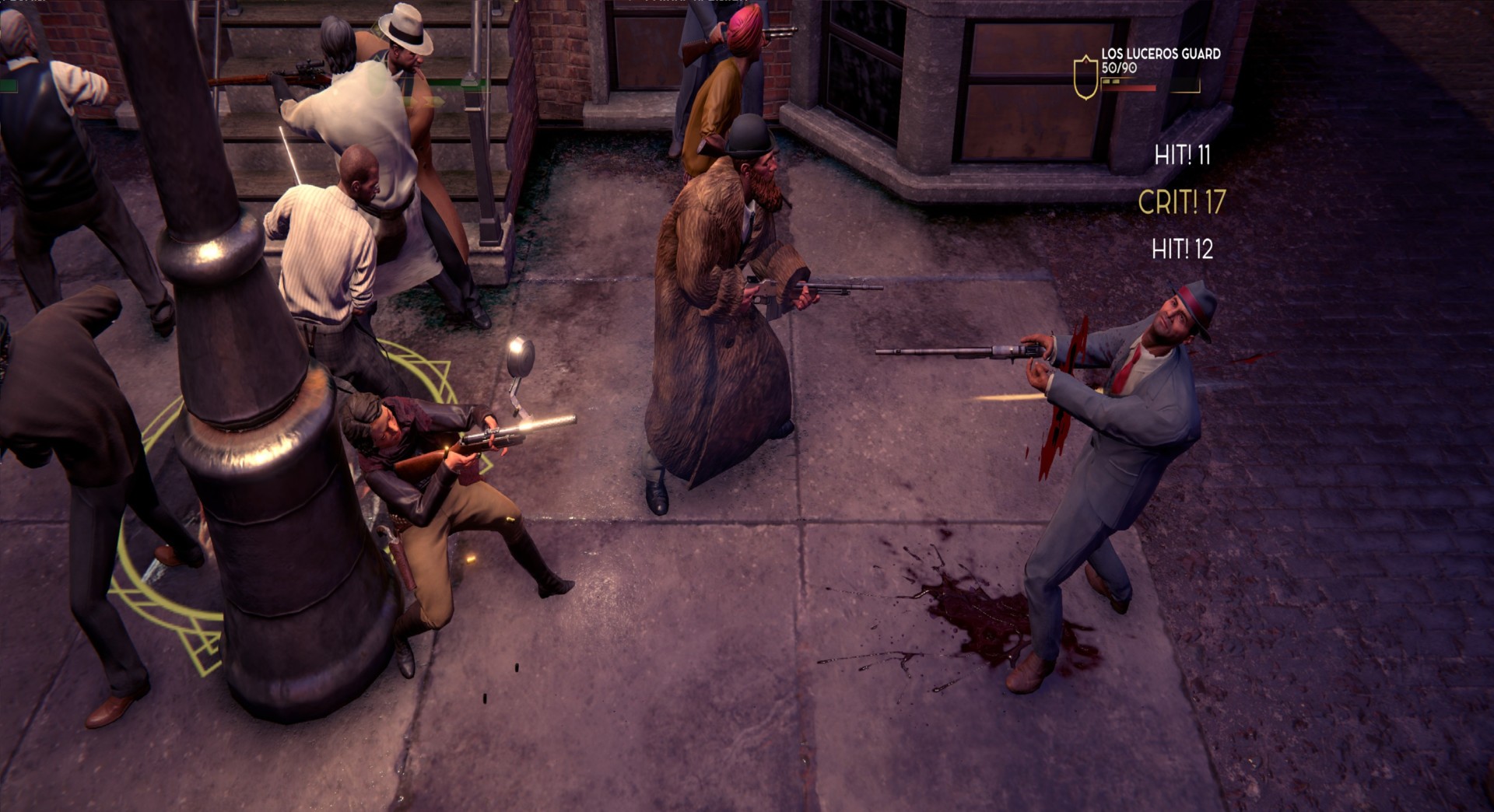 The breaking of this kind of “immersion barrier” works to highlight and subvert the violence and exploitation endemic to the genre. I live in Chicago. I live on a block you can actually see in the game, down the street from the former site of one of Al Capone’s hotels. When I used to travel internationally and told people I’m from Chicago, they’d either tell me they knew of my city because of Al Capone or Michael Jordan. Often a mix of both. Thus, it’s refreshing to have this take, warts and all. Yes, the particulars of setting up a criminal enterprise and the portrayals of the people within them remain problematic but it feels different went lensed in this particular way.

Since launch, a series of notes have talked about the various ways the game will become more reflective of the game the community wants. I remain hopeful for what the game is and what it can become. In some ways, I’m sad. Some of the aspects I found deeply charming are going to go away. Yes, they were never meant to be there. Yes, I’d want the opportunity to fix them too. But there should be room for the kind of non-destructive kind of bugs, jank and glitches that make a game about exploitative criminals more wholesome.