It is estimated that there are nearly 3 billion gamers who play their favourite games either on a mobile device or tablet. This has especially been fuelled by technological innovations that make mobile games almost fully developed as their counterpart PC or console games. Mobile gaming usually has the advantage of affording its users flexibility, touchscreens, convenience, gyroscopic abilities, and portability. However, one of its downsides is that it is considered inferior due to hardware limitations. Besides, some of the high-end games may result in screen lags, unworkable features and unsteady touch controls among other inconveniences. However, the Backbone One controller built for iPhones promises to deal with these issues and define the future of mobile gaming. 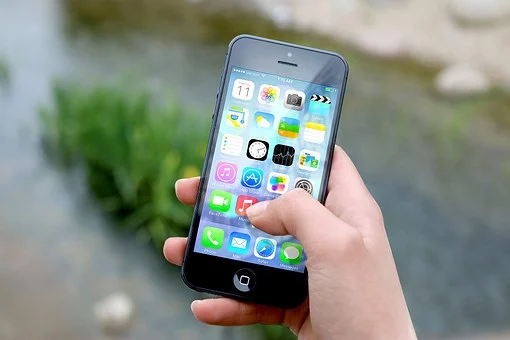 What is the Backbone One controller?

It is generally a hardware piece that adds controls such as those found on consoles to your iPhone. To make it work, the user plugs in the lightning connector to the charging port of their iPhone. The sides are also stretched to clamp the sides to attach snugly on the device. The standalone gadget is compatible with iPhones that have a software version of iOS 13 or newer. This new device has the same joysticks, buttons, and triggers you would find in a console controller. It has a sleek plastic design and snappy buttons to make gameplay more immersive. The Backbone One controller also gives users the option to charge on the button side, which is convenient if the charging code is getting in your way. It also has a headphone on its left-hand side and even allows the use of headphones with a mic. This makes it more audio-friendly, thus providing a rich gaming experience. This controller will especially come in handy to take your Canadian bingo at Leovegas experience to the next level. One of its downsides is that at the moment it only supports iOS phones. Apple is not offering any intentions of providing support for Android devices.

Why it is a game-changer

One of the reasons for investing in this controller is that it combines the functionality of joystick movements such as those found in consoles, with the flexibility of touchscreen controls. Playing games on your mobile device also become more comfortable, meaning you can play for longer without much stress or strain. While its standalone controller promises to be a game-changer in mobile gaming, its app means its gaming experience has the potential to reach levels set by gaming consoles. The user-friendly and powerful app allows users to launch games straight from it and also has features such as screen capture and intuitive social features. This means you can join party games of up to eight players and be able to communicate clearly without the need for a headset. The app also makes launching games fast and effortless. It allows users to take screenshots and record their screens to share with others. The app can record audio, capture sections of your screen, edit footage, and share 30-second Highlights of the game you are playing. The app has sharing widgets that allow users to share on social media platforms such as Messenger, Instagram, and Snapchat, among others. When it comes to power usage, the controller does not have a huge impact on battery life. While there have been other similar controllers such as Razer Kishi, the lack of a dedicated and intuitive app sets Backbone apart from them. The Backbone app also has game recommendations that are compatible with the controller. Going at $100, it is a great investment to take your mobile gaming experience to the next level.

For Honor Gives Me the Rush of Fighting Games

Somewhere in Time, Side A