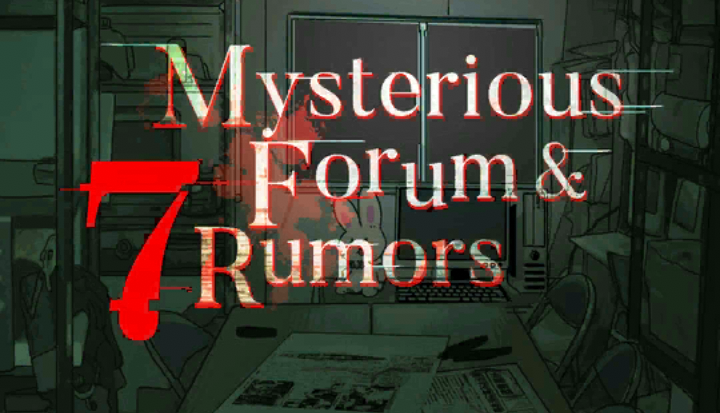 Mysterious Forum and 7 Rumors is a simple story about what happens when modern storytelling collides with the supernatural.

Before I get into the meat of the review, I want to talk about what’s arguably the biggest Internet boogeyman ever created: Slender Man.  To review, Slender Man started out as a creepypasta post on the Something Awful forums back in 2009 and eventually grew to have video games, Hollywood movies, and even scholarly literature written about it in 2020 because it’s such a popular, borderline ubiquitous modern monster.  People cosplay as Slender Man. People still watch the Marble Hornets videos about Slender Man. Millions and millions of people contribute to the mythos of Slender Man by creating fanart or passing along the stories they’ve heard to others, but by and large we understand that he is nothing more than a creation from the Internet (excepting a rather unfortunate stabbing in 2014 by a mentally unwell girl).  Slender Man exists because the world wide web has allowed for the production and rapid dissemination of homebrewed folklore, based on traditions and story models already steeped within our history (the man in black, the inexplicable photos, etc).

The reason that I’m bringing this up at all is because the story in Mysterious Forum and 7 Rumors takes this base concept (using the Internet to create new folklore) and alters it so that the Internet now has power for forcible modification, rather than creation.  The story focuses primarily on three students in a high school newspaper club, working to unravel local mysteries posted to the titular forum by students who want them investigated. Each chapter in Mysterious Forum follows the basic formula of see a post, investigate the mystery, and post the club’s findings afterwards.  Simple premise, yes, but digging into the mysteries reveals a far more complicated picture.

The very first case revolves around a murderous spirit who texts pictures of her getting closer and closer to her victim, face unseen, until finally she’s close enough for the victim to see her eyes (at which point she kills them).  However, delving into the spirit’s history suggests she spent her life being kind and wanting to avoid causing trouble; in short, the club members soon realize there is nothing in her past to suggest a drive to harm people instead of simply trying to become closer to them.  One of the club members suggests that somehow the original rumor of the ghost girl was twisted upon retelling, and a version with a malicious instead of kindhearted spirit finally got posted to the forum and in turn twisted the ghost.  Obviously, we’re all familiar with stories of people who were kind in life but turned into vengeful spirits after being killed, so it’s easy enough to write off their conclusions from the first encounter as being mistaken.  However, the longer the story goes on and the more mysteries fall into the trio’s hands, the harder and harder it becomes to discount their logic.

Many of the mysteries only begin to affect our protagonists because the post specifically says “you” will be visited by such-and-such.  In Theory, had the newspaper club members never looked at the posts on the forum, they never would have become embroiled with such a variety of supernatural forces.  A rumor concerning a ghost from their own school winds up on the forum, complete with tragic backstory prompting the club president to try and visit her with a warning that more visitors might be coming, and the post might cause some of her memories to be altered.  There’s even a moment where a spirit attempts to delete the forum, because they’re so scared that innocent people are going to die thanks to a threat made in an anonymous post. The power of the forum is undeniable.

At the same time, the characters establish very early on that the forum cannot simply bring monsters and demons into existence.  All the mysteries have to be about local spirits or rumors, so talking about werewolves or ghosts in a generic sense won’t do anything.  And you can’t make up a rumor on your own; there’s no chance of a post like “At 4:44 a fairy godmother will appear outside the cafeteria” or “Anyone who reposts this will be haunted by a sexy ghost!”  In order for the forum to interact with the mythological, it must previously exist in some capacity as part of the community.

Humans love sharing stories.  We pass down myths between generations, we codify oral tradition into books, we keep shelling out money for yet another remake of Grimm’s fairy tales every few years even though we all know how the stories are going to play out.  Each new version modifies and builds upon its predecessor as humans modify these classical archetypes and tales to appeal to a more modern audience. But for that power to extend far enough to actively manipulate ghosts, to change their memories or behaviors simply because humans have proclaimed that this is so, represents a level of influence humans are rarely afforded when dealing with the paranormal. 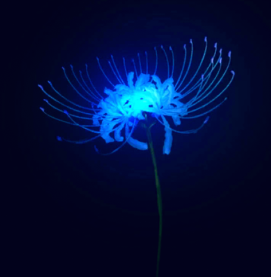 Remember, all the spirits posted to the forum are known within the community.  But keeping them as simple rumor, bedtime stories or tidbits of local mystery handed down only by word of mouth limits the scale of destruction and type of interactions they can have with the townsfolk.  By posting their stories to the Internet, carefully doling out certain bits of known history and tacking on modifications the poster made up themselves, the dead are forced to evolve and change to fit the tales of the living, even at the latter’s eventual expense.  More people hear the stories, and as a direct result become embroiled in the paranormal whether they intended to or not.  Meanwhile, the ghosts arguably become more powerful as their stories become more widespread and their powers become more dangerous to the living, but ultimately this is a strength that can only be granted to them by simple humans who want to believe there are still boogeymen lurking in the shadows.  The horror of Mysterious Forum and 7 Rumors is not the bloodthirsty spirits the students investigate, but rather the fact that so often their bloodlust only develops because humans have insisted it must exist.

Mysterious Forum and 7 Rumors is available for free on Android.  It’s fairy heavy on ads (you’ll see one at the end of every bad ending, and about halfway through each chapter), which can be a little frustrating because you can only see the bonus ending after completing all chapters and bad endings.  There’s also an extra bonus chapter you can download for pay, but I found the story perfectly satisfying without it. Frankly, if you want a simple chat visual novel to read on the go, I’d recommend this.